Nowhere to sleep in Ireland, even for a Senator

Irish Senator Eugene Murphy's dilemma shines a light on two problems - the turmoil within Ireland’s tourist industry, and the plight of people who are involuntarily homeless. 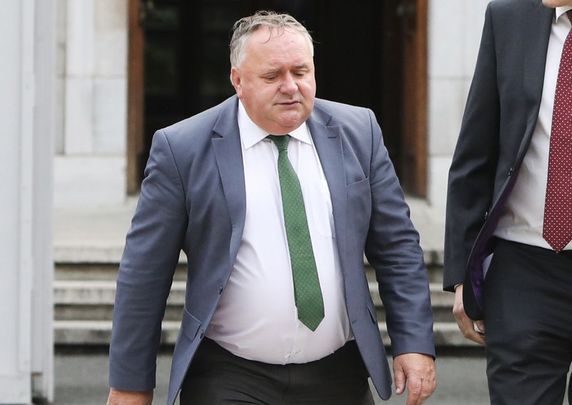 Sleep deprivation is a terrible thing. It clouds your judgment and leads to bad decision-making.

That perhaps is the only excuse for what an Irish senator said and did last week. It’s not clear what sort of reaction Senator Eugene Murphy expected when he went public on his plight of having to sleep in his car because he couldn’t find a hotel room in Dublin, but if he anticipated a wave of public sympathy he was sadly mistaken.

For Murphy, it was a matter of choice for him to sleep in his car on two separate nights, but for many, it is every night without the comfort of a vehicle to protect them against the elements.

What started off as mild amusement at Murphy’s plight quickly turned to derision as the full facts of his escapade became known, and once it was announced that Ireland’s official homelessness figure had climbed over 10,000 for the first time in three years.

Sympathy for the senator from Roscommon was well-nigh impossible to find, with social media quick to point out that it is Murphy’s own party, Fianna Fáil, that is responsible for the current dire housing situation.

In fact, this was not a case of no room at the inn, rather one of a well-paid individual refusing to pay extra for a bed in a city center location and then ignoring other accommodation options.

“On principle” he stated that he would not pay more than €200 for a room. When it was pointed out to him that he could have found a B&B at a more reasonable price, he admitted that he hadn’t checked this out.

Instead, he drove 50 miles, passing dozens of hotels en route with vacant rooms, before pulling into a petrol station to sleep, for free, in the forecourt. At this stage, he was only 40 miles from his own home.

It's fair to say that overwhelming tiredness can happen to any of us, once. But Murphy clearly is making a habit of this because the self-same scenario played out a second time.

His plight did, however, shine a light on two problems – the turmoil within Ireland’s tourist industry, and the plight of people who are involuntarily homeless.

As Murphy is a member of the Irish government, it also highlighted how utterly useless they have been in tackling both of these problems.

Ireland’s tourist industry has suffered enormous reputational damage over the past two months. There are huge pressures on accommodation in Dublin, with a confluence of staff shortages, tourism uptick, and the emergency housing of Ukrainian refugees creating a perfect storm.

Dublin hotel rooms are now the most expensive in Europe. During a concert or a major sports event, they become astronomically high as hotels cash in on these events, leading one TD to describe the practice as “gouging.” And Rip Off Ireland has a double whammy for any unsuspecting tourist, with car hire prices also going through the roof.

There is no doubt that greedy hotel owners and car hire companies are killing the golden goose that is Irish tourism. To make matters worse, Dublin Airport is in a state of semi-permanent chaos.

Fist fights have broken out and unbelievably long queues for flights have left travelers in despair, as you probably saw from last Sunday’s incredible scenes of thousands of people lining up outside the airport, desperate to check in and make their flights – many didn’t.

Passengers who have experienced six-hour queues have vowed never to return. A basic piece of infrastructure, a functioning airport, threatens not just tourism but inward investment from multinational companies as well.

Government ministers have been out on the airways, wringing their hands, saying how terrible this all is. But apart from a threat to increase tax rates on hotels and a promise to refund fees for missed flights, no sustainable solutions have been suggested.

Hundreds of tourists sleeping in petrol stations, á la Senator Murphy, is certainly not the answer to the accommodation crisis, just as a refund of flight costs is not the solution to the airport problem.

The other intractable problem is that of homelessness. Figures released this week show that the number has exceeded the significant threshold of 10,000 for the first time since the pandemic.

The government were warned that this would happen once the Covid restrictions which did not allow evictions were abolished. The figures include 1,308 families and 2,944 children.

The numbers do not include Ukrainian refugees in pledged accommodation, those living in Direct Provision, women in refuge centers, or rough sleepers. The figures also do not take account of the hidden homeless – that is, people who are homeless but whose situation is not visible.

This category would include households living in severely overcrowded conditions, squatters, people “sofa-surfing” around friends’ or relatives’ houses, those involuntarily sharing with other households on a long-term basis, and those sleeping rough in hidden locations.

Homeless charities have suggested various solutions, including addressing the 90,000 vacant properties in the country as well as increasing welfare payments so that they remain in line with rising rental costs. The average rent in Ireland is over €1,500 per month, while in Dublin City it is more than €2,000.

What is also happening is that private landlords are moving out of the property market, causing a shortage of supply that the public sector has not been able to address.

With the housing crisis impacting everyone in society, the Simon Community has warned that the system is being overwhelmed and causing major physical and mental health issues, especially to young people. As well as long-term solutions, an immediate fix is required to stabilize the problem. Government promises of removing homelessness by 2030 are meaningless if tonight you have no roof over your head.

So it was in this context that Senator Murphy made his admission of car napping. Far from improving the image of professional politicians, it tarnished it. Further damage was done by TDs making silly jokes about living in caravans used for campaigns. Their protestations that they are committed to solving the homeless issue fell on deaf ears.

If this shower think they can solve the planet’s problems, they should at least demonstrate that they live on the same one as the rest of us.

*This column first appeared in the June 1 edition of the weekly Irish Voice newspaper, sister publication to IrishCentral. Michael O'Dowd is brothers with Niall O'Dowd, founder of the Irish Voice and IrishCentral.