Irish government pledges to "cushion the blow" of inflation 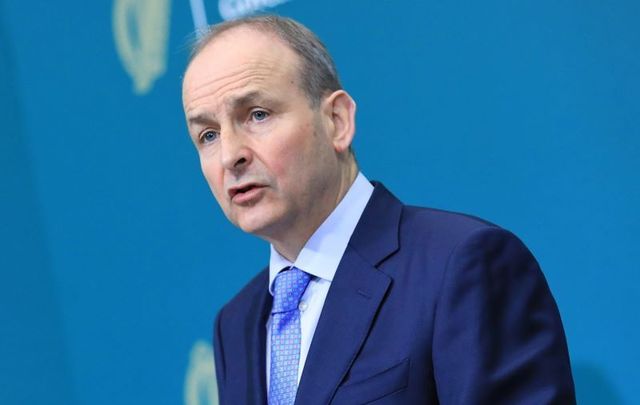 Taoiseach Micheál Martin has revealed that measures to “cushion the blow” of rising inflation will be in place by the end of this week.

He said, “The priority right now is that we can bring in a range of measures that would cushion the blow for many, many people out there who clearly are suffering the impact of price rises and that is the agenda at the moment.

Martin was being quizzed in Killarney on Monday about steeply rising food and fuel prices that soared during Brexit and the Covid pandemic.

He said the government has to plan on the basis that steep cost of living rises will be here for the medium term, and certainly for the next number of months.

He accepted there were limits to the extent the government can assist people who have been put under pressure by rising inflation.

One pair suffering rising costs are two women who share a house in the Stoneybatter area of Dublin, Marie Keogh and Paula O’Loughlin, who told RTÉ that prices have become “ridiculous.”

O'Loughlin, a carer who worked right through the pandemic, says she has now had to take on extra shifts just to keep up with the rising daily costs.

“We’re doing extra to just try and survive,” she said. “I used to be able to work, pay the bills and maybe have a holiday once a year. I won’t be having a holiday this year because it’s just not realistic.”

She needs her car for work, but the price of keeping it on the road is becoming more of a strain.

“It's got quite difficult...petrol is up another €50/60 per month and we’re having to cut down on other things.”

She added,  “Even the broadband! That’s also gone up on what it was two years ago.”

Their local newsagent is feeling the impact too. Rising delivery and wholesale costs mean the shopkeeper Luther Moussa, who has been there 20 years, has had to increase prices and his business is being hit.

“Everything has gone up,” he said. “People are spending less money than they used to.”

Martin said the details of a proposed package would be revealed by the end of the week, but he would not go into specifics on what measures the package may contain.

Separately, Environment Minister Eamon Ryan was due to unveil a system of grants of €25,000 to individual homeowners to help pay for deep retro-fits as part of the biggest home insulation scheme ever offered in the state.

The grants would be roughly half the cost of improving a dwelling’s energy efficiency to a high rating and consequently reducing heating bills by as much as two-thirds.

Martin noted on RTÉ that inflation was being driven by external, global factors such as fuel prices, and there was a need for the country to “double down” on the use of renewable energy, and to reduce Ireland's dependence on gas and other fossil fuels.