Politician forced to sleep in car over Dublin hotel prices

Fianna Fáil Senator Eugene Murphy is among the Irish politicians who have complained because they are allowed just €120 a night for accommodation. 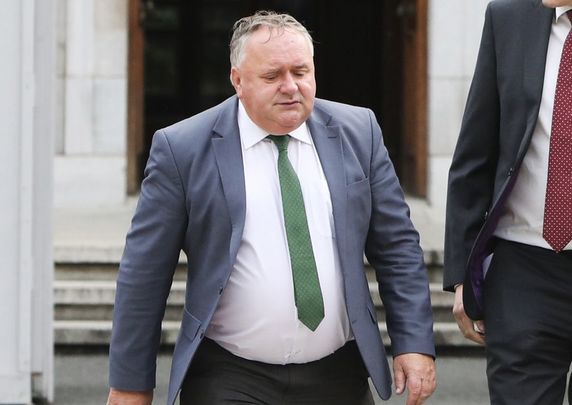 Fianna Fáil Senator Eugene Murphy spoke this week of sleeping in his car because he refused to pay rip-off Dublin hotel prices.

Murphy is among a number of representatives in the Oireachtas who spoke about sometimes staying outside the capital because they couldn’t afford Dublin hotel prices of over €200 a night.

Murphy, 56, who lives in Strokestown, Co Roscommon, told Claire Byrne on RTÉ  Radio that in recent weeks he twice slept overnight in his car at a filling station near Mullingar, an hour’s drive from Dublin.

Politicians from rural areas have complained they are affected because they are allowed just €120 a night of accommodation.

Murphy said that “out of principle” he would never pay more than €200 a night for a room. He was only able to secure a room for one night in the last three weeks and when he asked if he could book the same for room next week he was told there “was not a chance” as the hotel was fully booked.

He said, “There are people in far greater difficulty out there in relation to housing. This is a matter we can get over, but it definitely is happening at the moment.

“I’m almost seven years in the Oireachtas between the Dáil and the Seanad and this matter never arose before. It’s a difficulty and I know that a number of TDs from the rural areas and some senators are hugely affected by this as well.”

It was not always possible to drive home to Roscommon, especially if he had meetings in Dublin on consecutive days.

He never slept in his car inside the gates of Leinster House, but he was aware of a politician who did “on one occasion.”

The senator said, “I did think about sleeping in my office one time but I felt that wouldn’t be a proper thing to do. You just get into your car...and if you get home you get home. If you’re just too tired you just, as I have done on two occasions, pulled in at Mullingar at a filling station, and you just sleep it out for a few hours and that’s it.”

The Irish Daily Mail reported that several TDs and senators living long distances from the capital have also resorted to staying in guest accommodation in Kildare, Meath, and Wicklow.

Fine Gael Senator Paddy Burke, who lives in Mayo, said he has had to stay in Kinnegad, Co Westmeath, an hour outside Dublin, after he was unable to find a place to stay.