Mixed messaging, contradictory statements, and policy reversals from the Irish government and experts have led to an appreciable loss of confidence in public health advice. 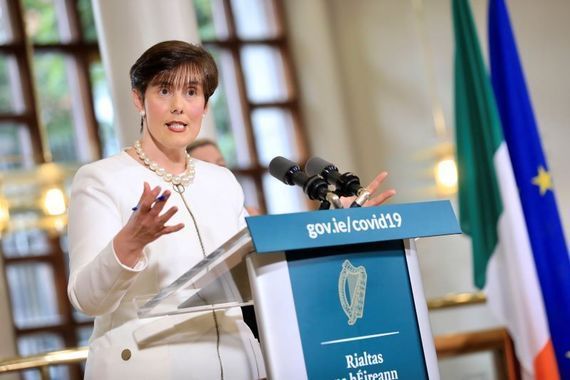 Through a series of missteps, miscalculations, and downright blunders, the Irish government is doing its darndest to unravel all the goodwill it had built up among the population in the fight against Covid-19.

Mixed messaging, contradictory statements, and policy reversals from government ministers, government departments, and experts have led to an appreciable loss of public confidence in the advice that is being given to combat the spread of the virus.

The growing skepticism is reinforced by the continuing high case numbers and comes after one of the longest lockdowns anywhere in the world, compulsory mask-wearing, and extremely high vaccination rates here.

Taoiseach Micheal Martin has 12 months left before he leaves office and Leo Varadkar returns. If he wants a positive, lasting legacy then he will need a better team behind him than he currently.  But more importantly for the sake of the nation, the underperformers and serial blunderers need to go.

There is now a growing belief that the government is making it up as it goes along. For instance, a decision made a few short weeks ago to reopen nightclubs was reversed this week, causing consternation among those whose livelihood depends on them.  Then again last week schools were told to send home students who weren’t wearing a face mask, only to go back on that this week.

While all acknowledge that there was no playbook to deal with the virus, what is increasingly frustrating, as we face yet another “Pandemic Christmas” is that lessons from the last year have not been learned and acted upon and that decisions have not been properly thought through.

There is real anger at the failure to increase ICU facilities in our hospitals. The country currently has 301 ICU beds which equates to 6.5 per 100,000 people, much lower than Germany with 33.9 and the U.S. with 25.8, according to figures from the Organisation for Economic Co-operation and Development.

Why this is so important is that with the uncertain nature of Covid, ICU beds have to be kept in reserve for possible surge events.  This leads to serious knock-on effects on elective surgery.

This has meant that unprecedented decisions have been made in relation to transplant surgery, with operations being canceled because no intensive care beds were available. Untold distress has been caused to donor families that have volunteered organs of deceased loved ones, the patients who had been expecting the transplant, and to medical staff.

While medics have valiantly tried to keep the show on the road, it is clear that this failure to increase the supply of acute beds is stacking up problems for years to come.

It is not just the health service that has failed to react here.  The education system has also been heavily criticized.

The past few weeks have seen children in primary schools take center stage as they were accounting for 19 percent of the general population contracting the virus, effectively becoming the cohort with the highest infection levels in Ireland.  This was just weeks after Chief Medical Officer Tony Holohan had said that child-to-child transmission was uncommon in school settings.

Minister for Education Norma Foley has come in for sustained criticism for her handling of the situation.  She attempted to wash her hands of all responsibility, blaming the medical advice that she was given.

But that doesn’t stack up as she had in her possession a series of reports from expert groups, teacher representative bodies, and parent associations highlighting the growing problem and suggesting real solutions.  Foley rejected, in turn, contact tracing, the provision of more air quality monitors and air filtration systems in schools, and mask-wearing among pupils in primary schools.

For Foley, it has been an unmitigated disastrous spell.  Christened the Queen of Platitudes by some commentators, her reign will surely end soon.

However, among politicians, she is not alone. Minister for Health Stephen Donnelly has also been less than assured.

Ridiculed for stating that we would be on top of vaccination problems by the 31st of June (a 30-day month) and more recently that Christmas pantomimes can go ahead but that children couldn’t attend, he has consistently underperformed on national media and at times has been unsure of his facts.

He is christened Calamity Jane by fellow TDs, with his spokesperson having to apologize on occasions when he “misspoke.”  It is strongly rumored that the taoiseach has lost faith in him.

Donnelly has been constantly overshadowed by Health Service Executive officials, and they have now become the go-to people for information and informed speculation.

Mind you, these so-called experts have not always covered themselves in glory. Professor Philip Nolan, a member of the National Public Health Emergency Team (NPHET) and the head of its statistical modeling committee, has yet to recover from a tweet he made in June of this year comparing antigen testing to snake oil.

He was rebuked by Harvard epidemiologist and immunologist Professor Michael Mina who said that Nolan’s comment sowed confusion and that he didn’t appear to know what he was talking about.  While Nolan has said he regrets the tweet, the suspicion still remains that Mina’s observations were correct.

Not only that, but the whole antigen saga has raised questions about the objectivity of NPHET.  Officials set their stance against their introduction, initially quoting a lack of scientific evidence, and when that was challenged stated that their objections were based on their fear that the public wouldn’t be able to use them appropriately. This paternalistic and condescending attitude played badly with the public.

In a further twist, a government decision to subsidize these same tests was also reversed when German supermarket chain Aldi made them available for less than $2, leading to predictable cries of “let Aldi run the country.”

But it wasn’t just antigen tests that landed Nolan in hot water.  He was again brought to task in the last fortnight when he commented that air filtration systems would not necessarily improve ventilation in settings such as schools.

However, another academic, Professor John Wenger, who was actually the chairperson of the expert group on the role of ventilation in reducing transmission of Covid-19 said that Nolan’s comments “defied the laws of physics.”

It would be funny if it were not so serious, and deadly serious at that.  NPHET has been in place for almost two years now, and the current government for almost 18 months.

The latest response is to blame Nphet and to reign in their ability to talk to the media without government clearance. The blame game has begun, with murmured complaints about the health advice they are giving and their ability to make accurate predictions.  A case of politicians shooting the messenger to cover up their own ineptitude.

While it is not a good time, in the midst of a pandemic, to make too many changes, the fact is that some are needed now to restore public confidence. The buck stops with the taoiseach.

We have all made too many sacrifices to put up with this continuing incompetence. He needs to sort it out, now.

*This column first appeared in the December 8 edition of the weekly Irish Voice newspaper. Michael O'Dowd is brothers to Niall O'Dowd, the founder of Irish Voice and IrishCentral.