In a now-deleted tweet, Conor McGregor said that it was "time to talk Ireland leaving the European Union" after the Irish Government introduced new COVID-19 restrictions on Friday night. 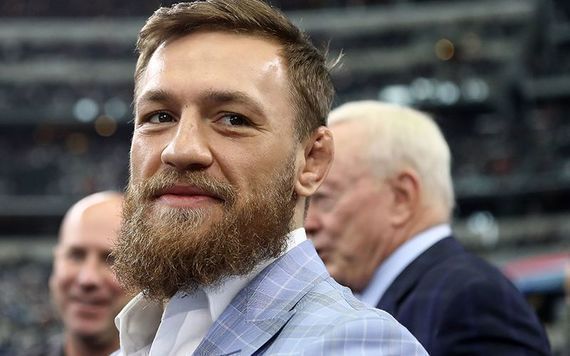 UFC star Conor McGregor encouraged Ireland to leave the European Union on Friday night before engaging in a bizarre Twitter spat with an Irish TD.

In a now-deleted tweet, McGregor said that it was "time to talk Ireland leaving the European Union" after the Irish Government introduced new COVID-19 restrictions on Friday night.

Fine Gael TD Neale Richmond responded to McGregor's tweet by saying "You'll do nuttin", a reference to McGregor's infamous press conference ahead of his UFC bout with Nate Diaz in August 2016.

The response sparked an unlikely Twitter row between the TD and the UFC star, with McGregor claiming that Richmond had a "few scoops" in him.

"Not bad Neal a few scoops in you, God bless. We shall see tho. Economic partnership should not mean political surrender. Bailed out and locked in we were, and it was handily done. Lenihan was threatened and folded. Stockholm syndrome comes to mind. Forced vaccine is a war crime," McGregor said in response to Richmond.

Richmond corrected McGregor on the spelling of his name, pointing out that the Notorious had omitted an "E" from his first name. He also said that vaccines had helped to prevent deaths during the pandemic while McGregor was living on a yacht in the Meditteranean.

"Here champ. It’s Neale. But when you’ve picked up that missing e that was right in front of you, you’ll see that EU membership has been good for Ireland & the vaccines have ensured lots of Irish people haven’t died when you were off on some yacht in the Med," Richmond said.

McGregor subsequently tweeted a picture of Richmond at a soccer match at the Aviva Stadium and implied that the Dublin politician was under the influence of ecstasy.

"Were you on E in the Aviva last week? Happy, sweaty sap. Mandate vaccine is coming per EU. But which one even? 1st? 2nd? Boost? Omicron? And the message to be delivered by the same people will just do as they are told," McGregor said.

McGregor has since deleted all tweets related to the dispute.

Richmond signed off by stating that now is not the right time to talk about leaving the EU, despite "someone's deleted now tweets".