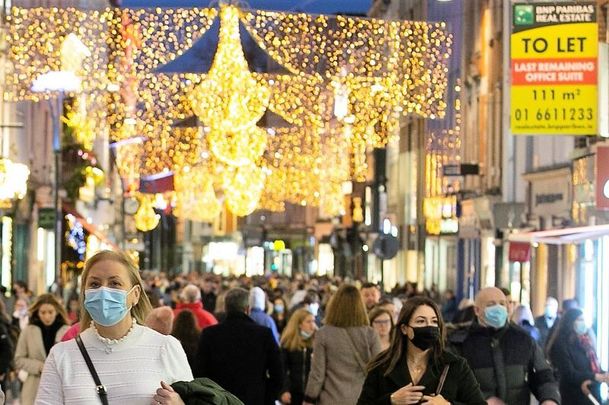 December 18, 2020: People wear face masks as Christmas shoppers do their shopping and enjoy the atmosphere of Dublin City Center. RollingNews.ie

Usually, if you'd planned on returning to Ireland to spend the holiday with loved ones, you'd have your plane tickets already booked to avoid the steep Christmas markups.

You'd probably be searching for some last-minute gifts and making firm plans for reunions with family and friends on social media.

You might even be thinking about outfits you could wear on those special nights out. You'd certainly be hoping the friends you haven't seen in years would be coming home to Ireland too, for a big get-together and some animated chat. 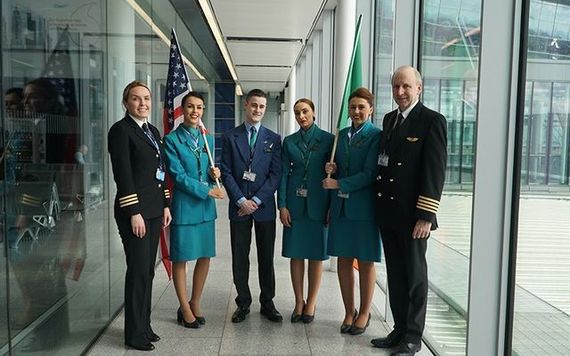 Even the journey back to Ireland is already a kind of homecoming because the sight of the Aer Lingus logo at John F. Kennedy Airport is an unmistakable first step on your path.

Aer Lingus planes are a bit like flying Irish consulates, it can feel like you're already halfway to Ireland the moment you step onboard. Whether you're traveling Premiere class or Economy, you'll feel like getting to Ireland is just a small formality at this point.

Or at least you used to before the pandemic. Now the journey – if you make it at all – feels fraught with dangers previously undreamt of. Will you have to wear a mask? Yes. Will you have to be vaccinated? Yes.

Will you have to social distance? Probably. Will the new coronavirus strain soon result in a partial or total lockdown? It's almost certain to. Will this clip your wings? Probably.

Irish transmission levels may have remained stubbornly high, despite an impressive 95 percent public vaccination rate, because we are such a social culture and it is hard for us to adjust to the kind of enforced isolation that the pandemic demands. It's also true that the small percentage of us that simply refuse to be vaccinated make up about half of all those current transmissions. 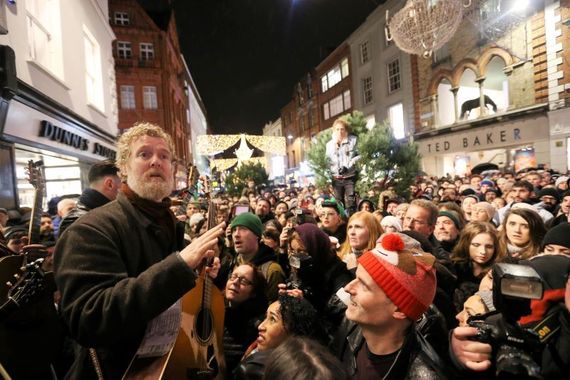 The public moans with justification about the stop-start nature of the public guidance concerning social gatherings. Pubs and clubs justifiably say their business models are being upended by the restricted hours and the invasive safety demands.

It can be hard to keep up with all the rapidly changing demands, too. No one seems happy with the latest arrangements, some think they go too far, others think they don't go far enough.

What is truly astounding, given all that we have already lived through, are the Irish people who forgo masks and social distancing altogether in public transport, bars, clubs, and even flights. What world are they living in, you may wonder, and the answer is surprising.

The world they are living in is the one we waved goodbye to in March 2020. They liked that world and its customs and they pointedly refuse to make the recommended concessions to the new world of December 2021.

Worse, they think that people who take a different view lack courage or character, as if their choice to mask up against a deadly airborne virus is some kind of moral failing.

For some, it's even become a matter of patriotism. We're Irish, their manner says, we are simply exempt from all this nonsense. But they are not exempt. No one is. A virus doesn't care what you think, who you voted for, or what your passport says. 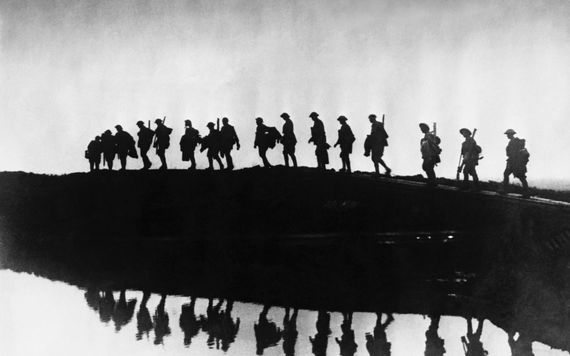 In the First World War, the fighting stopped between the British and Germans during the Christmas Day day truce of 1914. In that ceasefire, bitter enemies all played football, sang sad songs, and raised a glass of beer to each other. Old photographs record it really happened, in one of the worst wars the world has ever seen.

The cruelty of Covid is that there is no truce. It will endure and keep on targeting us until science and our own good practice finally stop it in its tracks. So saving Christmas this year may mean saving the trip back home until next year.