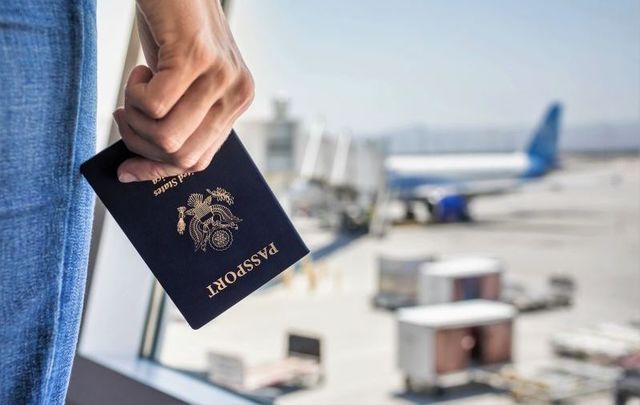 Some say to see a country best, you have to leave it.

Irish people know all about this. For centuries, economic migration has forced us, often very reluctantly, to leave the country that we grew up in searching for opportunities that eluded us at home.

But a paying job hasn't been the only factor in that age-old Irish emigration story. Other factors have included the desire for a bit of personal freedom from the once oppressive Irish political and social conditions too.

If you were a young woman or man in the last century, whether you were straight or gay, the need to step out of the shadow of the church and state was often a big lure overseas. So many young people left to escape the suffocating towns and villages they grew up in, with their carefully policed ideas about love, gender, and sexuality.

This was the emigrant's journey described by Frank McCourt in his luminous memoir Angela's Ashes. It wasn't just the prospect of handy work that brought him to America, he also wanted to live a little. To truly grow up, some people found that they simply had to leave.

But when you choose or are forced by circumstance to leave the country of your birth for a new life elsewhere, it can feel like you are losing something profound in the fragile hope of gaining something elsewhere.

The exchange can feel too mismatched. You are leaving something irreplaceable of yourself behind as the plane takes off, with no indication that what you eventually gain will ever compensate.

There are some compensations, however, though it may take time to see them. The emigrant eventually learns to see the country he or she has left behind through the dual perspective of the insider and outsider, and often those who stayed behind can grow very uncomfortable with that kind of unwelcome and unsettling clarity.

Having a place to return to overseas means you can loosen your tongue when at home and say what would previously have been unthinkable, because you are aware you that can eventually retreat to the safety of this other nation you have made your home in, eluding the consequences you once feared where you grew up.

For this reason, Irish theatre is full of mockery of the returning Yank, a stock figure who exists mostly to reassure those who stayed behind that no matter what indignities they are forced to suffer in their native country, they will never be as clueless as that bumptious idiot.

Often he or she is dressed up in garish fashions that signal how far they have wandered off the reservation. A navy sports coat for him with shiny gold buttons and eye-catching trousers, or flashy manicures and an ill-fitting dress for someone half her age worn by her.

The message is that these silly people can no longer see themselves with the clarity the locals do, and they cannot hear how they are mocked to their faces never mind behind their backs.

The voices often change too. Now they're filled with references to the new world that sound foreign in the old one. Sweets are now called candy, children are called kids, old social cues are missed and new ones are added. Oisin has come back to Tir na nOg and is a tourist in his own country. 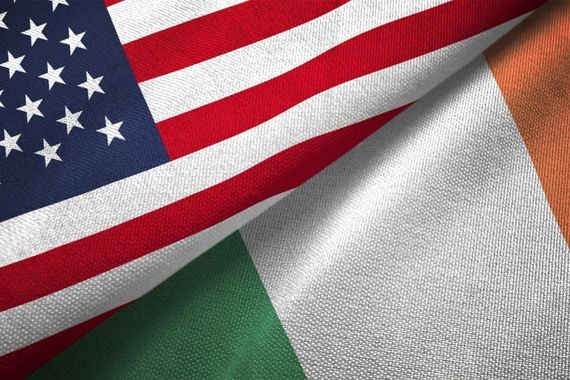 I've been thinking about the self-serving dishonesty that characterizes both sides of this old Irish dance for a while now, because something has dramatically changed about it that we really haven't gotten around to discussing yet. In all the old plays and stories, Ireland is the hopeless backwater that the young must escape in order to step into themselves. It's oppressive and hypocritical and backward and frozen.

In every Irish play, it's the returning Yank who brings a much-needed outsider's perspective to the locals. Because he or she has stepped outside of the narrow confines and prevailing conditions there and has gained valuable insights that have helped him or her to fully and finally become themselves, a thing that would never have been possible if they had stayed at home.

What has changed is as simple as it is profound. The Irish have stopped seeing America as just a place of opportunity. Now they have started seeing it as a regrettable basket case.

There have been many intimations of this change of mind before during the Vietnam War and the Nixon era and the often cold political relations of the Reagan and the Bush presidencies, when the Iraq wars struck the Irish as madness for example.

But the insurrectionist Trump era, the relentless gun slaughter, the racial strife, the biased justice system, the billionaire tech bros who damage democracy through tone-deaf social media platforms, the oligarchs who are taking trips to space as entire states burn below them, the emerging neo-nazi groups who take AR-15's to the streets and school board meetings without censure, all of this and more is making intending emigrants now give the place a hard pass.

Can it be long before we start to see new American plays about visiting Irish people laying down the law and pointing out the shortcomings to the locals here in the USA?

This country used to be a place that we escaped to. But increasingly it is becoming a place that the young talk of escaping from.