Retiring to Ireland: Your welcome is based on your wealth

Jane Fadely retired early and moved to Ireland from the US in 2013, but was forced to leave due to a change in immigration rules. Here, she shares her frustrations. 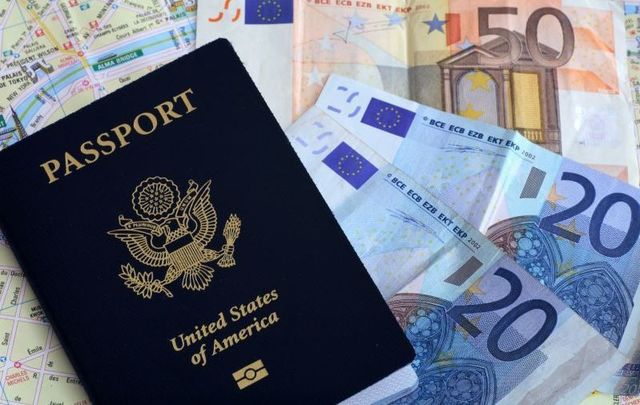 As we enter the last quarter of the year, I find enjoyment in the rich colors of the autumn leaves and the wonderfully cooler weather here in Western North Carolina. Alas, it seems everything I enjoy always leads me to thoughts of my old life in Ireland. Nothing ever quite compares.

Before taking early retirement and moving from the USA to Ireland in 2013, I’d been there four times on vacation, and from my first visit, it had felt like home.

The life I found in County Kerry surpassed my hopes and dreams. It was the easiest, best place I’d ever lived. Every day brought something new, be it a new friend or a new experience, something amusing, stimulating, peaceful, interesting, or fun – or some combination thereof. I knew I was where I belonged. I was home.

My book fans and those who read my 2016 IrishCentral article know that my idyllic Irish life was brought to an end by INIS, the Irish Naturalization and Immigration Service, when immigration laws were changed in 2015. I was no longer welcome; I wasn’t wealthy enough. My prior article goes into detail about what I did before even making the decision to move to Ireland, trying to ensure I was a good candidate for being approved to live there as a retiree, as well as what I went through with INIS once in the country.

The 2015 immigration laws meant the previous common-sense approach of retirees demonstrating they could support themselves was gone. It disappeared like a puff of smoke from a snuffed-out candle. Hardly anyone even noticed – except those of us threatened with deportation.

While the 2015 changes took some of the guesswork out of the question as to whether Ireland might allow one to live there, it also established strict and unreasonable financial requirements for retirees, classified by INIS as “persons of independent means.”

One now needs a minimum annual income of €50,000 plus an amount in savings triple to quadruple that of the annual income amount, said figure based on what INIS determines is the current cost of purchasing a residence in Ireland – never mind that such cost varies widely depending on what part of the country you’re looking to settle in. And then there’s the fact that if you actually purchase a residence it doesn’t count toward your wealth. Go figure.

The new rules were not supposed to apply to those who’d been living in Ireland under the old rules, but that’s not how it panned out. Although I was still living in the same place with relatively the same income and expenses when I’d been given permission to remain in Ireland, was putting my money into the Irish economy, and was actively writing and publishing books and articles on the wonders of Ireland, INIS notified me they wouldn’t give me permission to stay and, in fact, would deport me if I didn’t leave the country by the date specified.

It was like a kick in the stomach, unexpected and shocking. I couldn’t quite grasp it and the very thought of being kicked out of Ireland sent me into a tailspin.

And then I dug my heels in and fought back like a rabid dog. And I wasn’t the only one. Many other non-EU citizens were threatened with deportation and told to pack up and leave, too, all of us reeling with Ireland’s rejection.

After several months of leading the charge against deportation – while INIS hid mutely in the bushes – while communicating with others on my side of the battlefield and hearing their stories, I finally dropped my shield and waved the white flag.

All of us doing battle had one thing in common: we loved Ireland but our lack of wealth meant Ireland didn’t want us. One woman had used a large part of her savings to buy a house in Donegal, reducing her liquid wealth, and had been told to leave. Another left and spent time in Scotland visiting a friend, hoping leaving for a few months would satisfy INIS. When she tried to return to Ireland she was stopped at the airport and put on a plane back to the USA, forced to leave behind her dog who had been cared for by an Irish neighbor while she was away. There were more stories, none of them hearsay, all of them directly from the individuals affected.

Considering even those employed by the INIS didn’t seem to really understand what was going on, much like it had been in 2012 when I’d been doing my initial research, it came as no surprise that most Irish citizens I encountered were unaware of the new INIS rules and the actions that were being taken to rid Ireland of those no longer considered to be a “person of independent means.” All were sympathetic, with reactions varying from surprise to outrage, and many offered assistance and resources to help me with my fight.

I finally left Ireland in 2016, but not by the date INIS specified as the official “go or else you’ll be deported” date. I didn’t go until five days later, a protest of sorts. I may have surrendered, but there was time for a last small act of defiance on my way out the door.

I am acutely aware of the need for immigration rules and a firm believer in legal immigration, but Ireland has painted everyone with the same broad brush, to the detriment of the country and the good folks from non-EU countries who would like to live there. The difference between a non-EU retiree who can show the ability to support themselves, and a homeless, penniless immigrant seeking asylum is vast. One has to wonder about the level of intelligence and common sense of those making immigration decisions. INIS seems blind to so many facts which support lowering the income requirements and streamlining the immigration process to make it easier for retirees to live in Ireland.

Neither before nor after 2015 were non-EU retirees taking work or housing from Irish citizens. Ireland is not overcrowded. The population still hasn’t reached pre-Famine levels. According to an article in the Irish Examiner in July 2021, it is estimated that more than 90,000 homes sit empty. Non-EU retirees living in Ireland are not eligible for any social welfare service or senior citizen perks and they don’t have a PPS number (like a Social Security number) which is needed to obtain such services. They pay their own way.

INIS’s fear that these folks might become a burden to the State is unreasonable. I suspect most, if not all, have family and friends in both Ireland and America who would take them in if the need arose. They would not be out on the street looking to be cared for by the Irish government if their financial or health circumstances changed. And the suggestion I offered INIS in 2015 to require a deposit from those individuals in an amount deemed sufficient to deport them if the need arose would eliminate that fear.

Still considering a move to Ireland? I can’t say I blame you. I would be the last person to question your passion. So here are a couple of official sources of information: CitizensInformation.ie, IrishImmigration.ie. It should be noted that while the Citizens Information folks want to try to help, at the time I was being told to leave they had no idea such a practice was going on in their country.

The Irish Immigration site is new and much clearer than the old one but still doesn’t contain all the information one might need. (For example, there is an annual €300 fee.) The minimum financial requirements and needed documentation are both set forth on the site. Even if you feel you have the wealth needed, be forewarned: the process isn’t as straightforward as it might seem and you may be asked to jump through many unexpected hoops and be given different, often conflicting, information by different INIS employees.

Where before one had to wait until arriving in Ireland to apply for permission to remain, this is now handled PRIOR to making the move. Sounds like a good change, but this is where the trickier bits start: Financial documentation must be certified by an Irish accountant before submitting it to INIS. Just how does one do that before arriving in Ireland? If you figure that out, and INIS likes the documentation you submit, they’ll send you a letter giving you clearance to come to Ireland. Does that mean you’re in? Sorry, folks, it’s only conditional and does not mean you will be granted official permission to remain. That can’t happen until you’re physically in the country and is “subject to the discretion of the Immigration Officer when you enter the State.” Official permission to remain requires a few more steps thereafter, and with a bit of Irish luck, you’ll eventually receive it. But know that you will need to go through it all again next year. And the next.

In perusing the new INIS website, I stumbled upon the requirements for those non-EU citizens wishing to study in Ireland. How interesting to learn that you can be a student for up to SEVEN (7) years and are only required to show proof of €3,000 in a bank account each year.

And then there’s this: a “regularization scheme” for undocumented migrants proposed earlier in 2021 by Justice Minister Helen McEntee would allow “undocumented migrants,” the politically correct term for those who have entered the country illegally, to legally work in Ireland, and provides a pathway to Irish citizenship. I guess I should have enrolled in college – or skipped trying to renew my permission to remain and just stayed…

Yes, I am indeed bitter because of the treatment I endured at the hands of Ireland’s government. Yes, I do resent being rejected despite having done everything by the book and being a responsible citizen of my Irish community.

But do I regret having made the move? Would I do it again if I knew Ireland would eventually reject me and I’d have to leave? I don’t know.

It took a terrible emotional toll on me, so much so that I’ve been unable to even return for a visit. I would like to say I have no regrets, that I am thankful for the almost three years I was allowed to live there. But the shock and heartache of having to leave, the terrible bitterness I will always feel over Ireland’s rejection of me – even knowing it was the government and not the people – and the missing that is still with me… well, I wonder. Was it worth it? Would I be better off today if I’d never lived there and could carry on here without having to constantly remember, to compare seasons and landscapes and people and culture to how it was in Ireland? To not have to so often teeter on the edge and regularly fall into that dark hole of loss? Maybe.

I treasure the friendships I made there, hard as it is to sustain them from so far away, and my memories of life in Ireland are among the most precious memories I have. Not having those friends and memories would be losses of another kind. Perhaps therein lie my answers.

*This column was submitted to IrishCentral by Jane Fadely. If you have a story you would like to share with IrishCentral, please reach out to Editors@IrishCentral.com, or sign up for our IrishCentral Storytellers contributors platform here.