Biden is right about Facebook, while also Fox isn’t helping to save lives 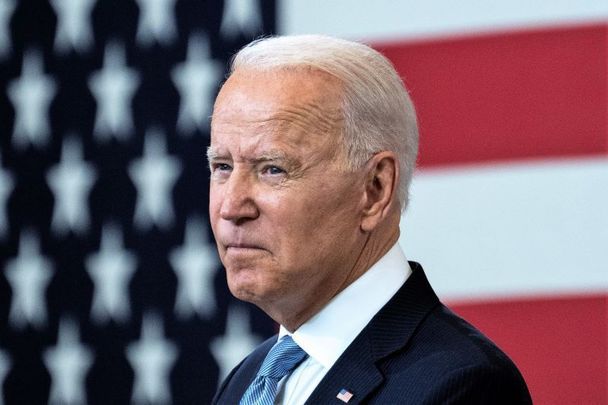 Biden has called out Facebook for failing to combat misinformation. Getty

We know the First Amendment is not absolutist, that you can’t shout “fire” in a crowded theater and hope to get away with it.

The media equivalent of that is knowingly spreading false stories about vaccines that are costing people’s lives.

There should be an immediate ban on all such fake treatises.

Mark Zuckerberg of Facebook would have us believe his company is just an innocent relayer of opinion with no obligation to prevent fake facts about the Covid vaccines even as lives are being lost.

President Joe Biden, a man who knows a lot about truth-telling, has called out Facebook on this very issue, showing that a majority who have heard anti-vaccine disinformation read about it first on Facebook.

Disinformation on social media is killing people, Biden said bluntly last week in answer to a reporter’s question on the White House lawn. He's right, and the same accusation can be leveled at Fox News for deliberate misinformation.

There is overwhelming evidence that Covid vaccines save lives, but the best statistic is that 99.5 percent of those hospitalized currently are unvaccinated. How much more convincing do we need?

Months ago it was perhaps understandable that the argument against vaccination before the first needle was plunged in, could be considered a cogent one, that the unknown factors of taking a new vaccine were reason enough not to partake of it.

But that time has passed.  The vaccines have proven to be scientific miracles with very low complication rates.

In other words, Facebook and Fox are continuing to allow and propagate misinformation that causes deaths, knowing that such fake news is costing countless lives.

How many of the 600,000 Americans sadly departed are dead because of misinformation spread far and wide by Facebook and Fox that made many, especially the elderly, fall victim to the contagion?

We will never know the answer, but anecdotally doctors and nurses have told again and again of patients dying in extreme pain who still mouthed platitudes that vaccines did not work and they were dying of some other disease.

“The reality is that misinformation is still spreading like wildfire in our country, aided and abetted by technology platforms,” Surgeon General Dr. Vivek Murthy said on Fox News Sunday.

“Social media has enabled misinformation to poison our information environment, with little accountability to their users.”

Of course, fake outrage followed on the right, with Senator Ted Cruz acting like the man shouting fire in the theater.

“The Biden administration is going to monopolists and saying, ‘You are our tool to censor views we disagree with,’” Cruz said.

You can rest assured Cruz is safely vaccinated, as is Zuckerberg and Rupert Murdoch of Fox, who was one of the first in line in Britain to get the shot.

Alas, Biden has little enough leverage apart from appealing to Facebook and letting his anger be known.

But he has made clear for everybody that actually the argument is over. Cruz and Fox might as well be selling snake oil to stop Covid.

Vaccines work and save lives. That has to be the only proposition and message that matters. That’s the truth and nothing but the truth.