The threat the Jan 6 Capital rioters represent to American democracy is not contained, it's growing and that's down to Donald Trump. 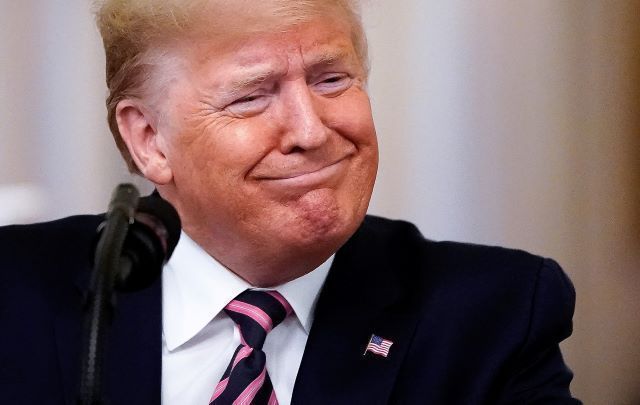 Last week I asked if you still believed we live in the greatest democracy on earth? I posed the question because Donald Trump had stopped acting like an American president and was sounding more and more like a dangerous South American-style dictator.

My instincts said his refusal to concede the election, an election that he had clearly lost, was coming to a dangerous crossroads. Either he would finally acknowledge his own loss and concede, or he would go all-in on the great lie, dragging his most ardent supporters and the nation along with him into disaster. This week we all know what his decision was.

Before he incited his traitorous insurrection on the nation's Capitol, Trump had been desperate to illegally change the vote in Georgia, a state he had decisively and repeatedly lost in all three state-wide vote re-counts.

“The people of Georgia are angry, the people in the country are angry,” Trump told the Georgia Secretary of State, Brad Raffensperger. “And there's nothing wrong with saying that, you know, um, that you've recalculated.”

The meaning of “recalculated” was always entirely clear, Trump was asking for a win. Just “find” the extra votes. He really didn't really care about the pesky legal details. Do it or you'll be taking “a big risk,” he threatened Raffensperger.

This just change the vote request was, I warned last week, one of the most un-American moments in American presidential history. The peril Trump was putting the country in had become undeniable. Presidents are entitled to their own feelings but not their own facts.

By refusing to concede the election that he lost Trump was intentionally creating an alternate reality to protect his supporters and himself from the reality of that loss. His supporters went along with it because, well, who wants to lose and because they felt certain they should not have lost - because their America is by far the better America. It really was that crude and that simple.

But if you refuse to concede after you lose a democratic vote, then you can no longer claim to be living in a democracy. A president who incites his supporters to violently invade the Congress and Senate and fight to overturn the election result because he doesn't like how it went is no longer a president, he's a dictator.

For the last four years, I have been telling people in a more immediately protected class than my own – straight, white middle-class men – that Trump's presidency would inevitably lead the nation into disaster. I was repeatedly and often patronizingly told I was overreacting because I belonged to the more politically exposed LGBT community. The system of checks and balances will muzzle him, they repeatedly told me.

But it's different when the rabble get their dirty hands on your curtains, isn't it? The men (it was all men) who were once so confident of the protections of wealth and class were suddenly being rocked by something they don't experience too often, their own vulnerability and exposure when the stuff hits the fan.

Last week, I also wrote that one principled man or woman can still undo craven plots hatched by a multitude of sycophants, and last week that one good man turned out to be Capitol Police Officer Eugene Goodman.

When fanatics and fascists invaded the Capitol building on Wednesday, beating up officers with the American flag, he cleverly lured them away from the still wide open senate chamber to another part of the building, using his own skin color – Goodman is Black - as bait. His actions prevented a massacre on the senate floor.

But watching the violent insurrection he had incited unfolding on live TV from the safety of the White House, Trump was reportedly “delighted” by what he was witnessing. A giant cross was raised outside the Capitol building, and then a sinister gallows and rope from which to hang all Trump's enemies was erected. He was hugging himself with glee at the sight of this.

The insurrectionists were not there to argue their case democratically, they were to overturn the election result by force. Nor were they only composed of knuckle-dragging QAnon kooks and Neo-nazi's, although they are both overrepresented in Trump's base.

Videotape makes clear that a professional armed militia went in search of Senators and Congress members and only missed finding them by mere moments. You would not know the country you are living in today if they had found them before the Senate doors were locked.

The attempts to minimize the scale of the danger that Trump placed us all in should not be heeded. Nor should we imagine that the danger has passed. The participants in Trump's insurrection included police officers, firemen, U.S. Military, prep-school types, and even GOP elected officials. The threat they represent to American democracy is not contained, it's growing.