"The war on drugs has explicitly racist roots and continues to disproportionately target certain communities of color." 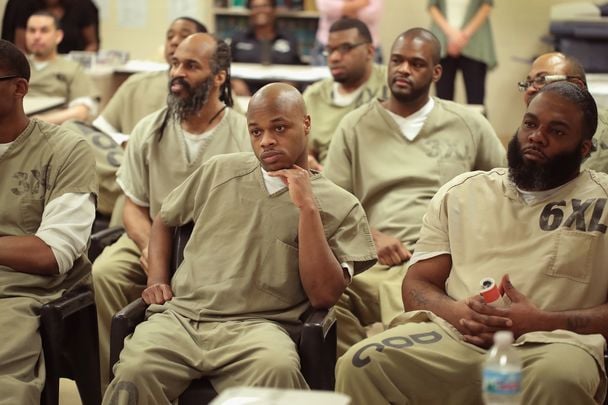 A group of prisoners at Cook County Prison, in Chicago, IL, partaking in a chess tournament online. Getty

A new study, Racial Justice Requires Ending the War on Drugs, co-authored by academics from Ireland and the US calls for the end of the practice of imprisoning non-violent offenders for drug-related crimes.

A new paper, co-authored by Dublin City University’s Dr. Jonathan Lewis, calls for an end to the war on drugs in the United States, by decriminalizing both possession (for personal use) and use of drugs and ending the practice of imprisoning non-violent offenders for drug-related crimes.

The study, Racial Justice Requires Ending the War on Drugs, co-authored by Dr. Carl Hart of Columbia University, in New York, and Brian Earp from Yale University was published in The American Journal of Bioethics. The study is based on evidence from existing research into the effects of drug prohibition on users, communities, and human rights, and the impact of decriminalization.

The authors found that prohibition creates conditions for individuals to commit offenses such as burglaries to fund their habit. This lowers life expectancy because people end up in prison, and triggers a multitude of health-related costs from unsafe drug use.

The war on drugs has worsened many aspects of public health while inordinately harming certain racialized communities. In addition, the war on drugs has fostered a condescending moralism that conflates drug use with violence or bad character and casts drug users - especially Black and Hispanic drug users - as criminals-in-waiting who deserve to be punished.

The study argues for ending the drug war and investing in the most heavily affected communities. If managed carefully, this shift in policy will not only improve public health, but also reduce crime and recidivism, lower unemployment and poverty rates, and save governments large sums of money, it will strike a necessary blow against racial injustice.

It analyzed evidence from over 150 studies and reports, concluding that prohibition unfairly affects Black and Hispanic people, damages communities, and violates the right to life.

Lead author Dr. Jonathan Lewis said, “The war on drugs has explicitly racist roots and continues to disproportionately target certain communities of color. Drug prohibition and criminalization have been costly and ineffective since their inception. It’s time for these failed policies to end.

The first step is to decriminalize the personal use and possession of small amounts of all drugs currently deemed to be illicit, and to legalize and regulate cannabis, as has already been done across a number of states. Policymakers should pursue these changes without further delay.”

Dr. Carl Hart said, “The ideas regarding decriminalization of drugs have been the consensus or near-consensus of people who use drugs, drug policy experts, harm reduction advocates, criminal justice reformers, and others for decades. We’re simply adding our support as bioethicists and allied professionals to this long-proposed policy change while calling for its extension through to legal regulation of all drugs, and highlighting the implications for systemic racism.”

The study highlights the liberal approach of countries such as Portugal where drug-related deaths have fallen and where users are encouraged to seek treatment.