With a vote of 232 - 197, a single Article of Impeachment against President Trump has passed the US House of Representatives and will now be considered in the US Senate. 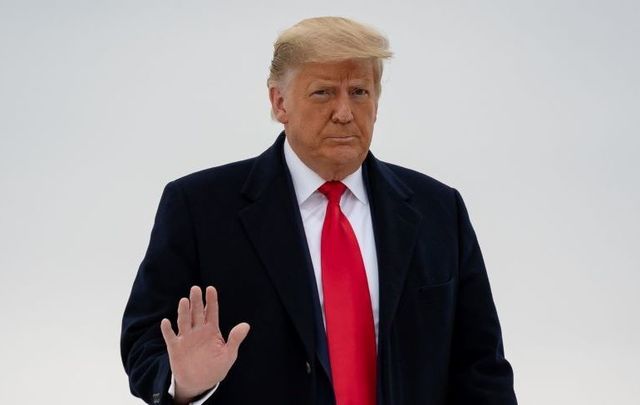 Senate Majority Leader Mitch McConnell says that there is "no chance" President Trump can be removed from office before President-elect Biden is sworn in on January 20.

Trump now becomes the first president in US history to be impeached twice - he was previously impeached on December 18, 2019, on charges of abuse of power and obstruction of Congress, but was acquitted on February 5, 2020.

The single Article of Impeachment accuses Trump of having "engaged in high Crimes and Misdemeanors by inciting violence against the Government of the United States.”

The resolution points to Trump’s speech at the January 6 ‘Save America Rally’ in Washington, DC where he, according to the resolution, “reiterated false claims that ‘we won this election, and we won it by a landslide.’”

Having told his supporters at the rally that "if you don’t fight like hell, you’re not going to have a country anymore,” Trump is accused of having “encouraged—and foreseeably resulted in—lawless action at the Capitol.”

The resolution goes on to further accuse Trump of “prior efforts to subvert and obstruct the certification of the results of the 2020 Presidential election,” namely the January 2 phone call “during which President Trump urged the secretary of state of Georgia, Brad Raffensperger, to 'find' enough votes to overturn the Georgia Presidential election results and threatened Secretary Raffensperger if he failed to do so.”

H.Res 24 concludes: “In all this, President Trump gravely endangered the security of the United States and its institutions of Government. He threatened the integrity of the democratic system, interfered with the peaceful transition of power, and imperiled a coequal branch of Government. He thereby betrayed his trust as President, to the manifest injury of the people of the United States.

“Wherefore, Donald John Trump, by such conduct, has demonstrated that he will remain a threat to national security, democracy, and the Constitution if allowed to remain in office, and has acted in a manner grossly incompatible with self-governance and the rule of law.

"Donald John Trump thus warrants impeachment and trial, removal from office, and disqualification to hold and enjoy any office of honor, trust, or profit under the United States.”

Ultimately, all House Democrats and ten House Republicans voted 232 - 197 in support of H.Res 24 and the historic second impeachment against President Donald Trump.

Having passed the House with the required simple majority, the impeachment will now head to the Senate, where it will need a two-thirds majority vote to succeed.

However, Senate Majority Leader Mitch McConnell said in a statement after the Article of Impeachment passed the House on Wednesday that there is "no chance" Trump could be removed from office before Biden is sworn in on January 20

“There is simply no chance that a fair or serious trial could conclude before President-elect Biden is sworn in next week," McConnell said in a statement, adding, “the Senate process will now begin at our first regular meeting following receipt of the Article from the House.”

He said that it will “best serve our Nation” for Congress and the executive branch to focus on a safe and orderly transition in the coming week.

My full statement on the next seven days and the Senate schedule: pic.twitter.com/Nh5z3f79yq

At almost the exact time that Speaker of the House Nancy Pelosi signed the Article of Impeachment on Wednesday evening, a new video from President Trump was shared on The White House's social media accounts. (Trump's personal accounts had been removed from several social media platforms, including Twitter, Facebook, and YouTube, following the January 6 riots.)

In the video, Trump says in part: "I want to be very clear: I unequivocally condemn the violence that we saw last week."