President-elect Joe Biden has nominated former UN ambassador Samantha Power as his choice to lead the US Agency for International Development (USAID). 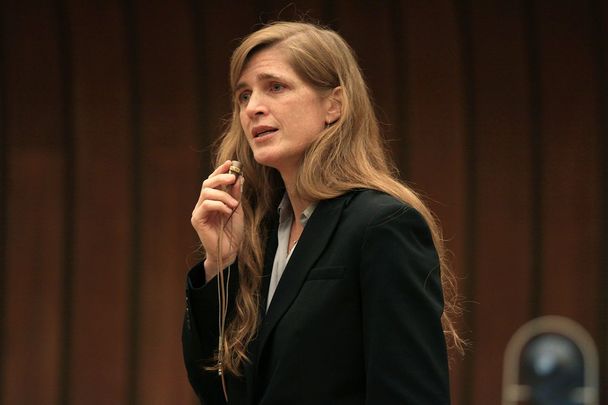 US President-elect Joe Biden has nominated Irish-born Samantha Power to the role of USAID Administrator.

A statement released by President-elect Joe Biden's transition team on January 13 read: "Power will rally the international community and work with our partners to confront the biggest challenges of our time - including COVID-19, climate change, global poverty, and democratic backsliding."

The statement continued: "A crisis-tested public servant and diplomat, Ambassador Power has been a leader in marshaling the world to resolve long-running conflicts, respond to humanitarian emergencies, defend human dignity, and strengthen the rule of law and democracy."

The Biden-Harris Transition Team also said that the Role of Administrator that Power has officially been nominated for has been "elevated the position to become a member of the National Security Council."

Power said in a tweet that she feels "immensely fortunate to have the chance to serve again."

As a journalist, activist, and diplomat, I’ve seen the world-changing impact of @USAID. At this critical moment, I feel immensely fortunate to have the chance to serve again, working with the incredible USAID team to confront COVID-19, climate change, humanitarian crises, & more. https://t.co/LP3NhBvkZj

Power was born and raised in Castleknock, Dublin, by her Irish parents before she and her family emigrated to Pittsburgh, Pennsylvania.

The Biden - Harris Transition team notes that Power began her career as a war correspondent in Bosnia, and went on to report from places including Kosovo, Rwanda, Sudan, and Zimbabwe. In 2003, she won a Pulitzer Prize for her book "A Problem from Hell", a study of US failure to prevent genocide.

Power went on to serve as US ambassador to the UN under former President Barack Obama and then-Vice President Biden from 2013 to 2017. She also served as a White House national security staffer under Obama from 2009 to 2013. 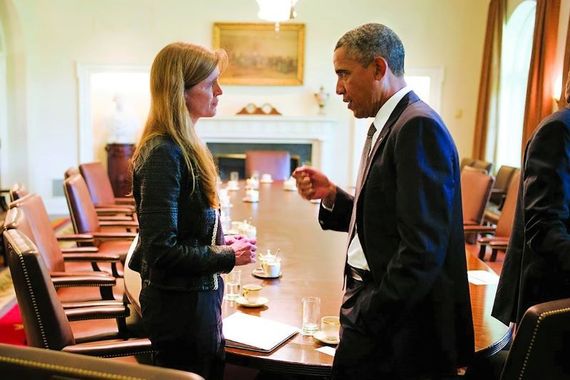 Samanth Power and Barack Obama conferring in the White House.

President-elect Biden has already announced nominees and appointees to other senior national security positions with whom Power will work closely, such as Antony Blinken, his nominee for secretary of State.

Speaking to the Irish Voice, sister publication to IrishCentral, following the release of her memoir "The Education of an Idealist," Power said her Irish heritage been a major factor in her passion for social justice.

“Being Irish made me, like all Irish people from a young age, look overseas, right?” Power told the Irish Voice.

“A thing you do when you're from a small country. And back in those days, there was always, even before I knew we'd be emigrating, a notion of needing to know the world beyond the borders, often because there weren't enough jobs for you or your family say.

“But you asked about justice and I guess back then the best of the Irish humanitarian tradition was found through missionary work, through the best of the church. So growing up there was some sense of being part of a global community, of being connected to people, and doing unto others as you'd have done unto yourself. All of that was in the mix. But I don't have any visceral memory.

"I don't have a memory in a visceral way of the vulnerability or danger that I would have had in the North. I didn't really get that even though the Troubles were coming to Dublin from time to time and there were refugees and so forth.”