Samantha Power: KKK’s David Duke sees himself as having a friend in the White House

“Judging people on the basis of their skin color is something all leaders should be using their position of authority to combat.” 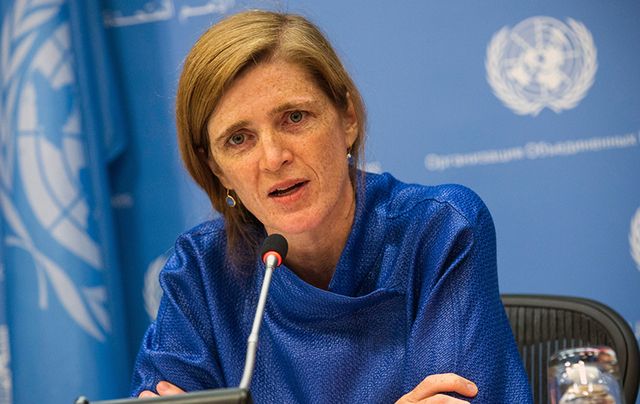 Irish-born Samantha Power, Ambassador to the United Nations under President Obama, has slammed President Trump’s views on race and his pardon of Sheriff Joe Arpaio.

She was speaking at a summer school in Waterville, County Kerry.

She stated: “I think you see from the alt-right’s own language how the unsayable is now said, the unthinkable is now thinkable and said and done and when you see people like David Duke’s praise of Trump’s comments as affirming their views, they see themselves as having a friend in the White House,” she said.

“And I think this pardon by President Trump of Joe Arpaio is going to play to that same extremist view because what Arpaio was doing was profiling and judging people on the basis of their skin color and that is something all leaders should be using their position of authority to combat.”

The power of fake news

Power said America was now at the mercy of fake news and wrong reporting, especially by Fox News.

“All you have to do is watch his press conference, unfiltered and uncut, where he said that you don’t need mainstream media cutting and splicing and yet afterwards, because he faced such criticism, he came out and said, ‘It’s fake news, I never said it.’”

She stated that Fox News only played the clips where he condemned fake news.

“We now have a situation for the first time where the majority of Americans don’t believe what they read in the news – we saw it earlier on vaccination and climate change – science became opinion and now facts associated with our daily lives are seen as manipulation and propaganda.

“Everything is propaganda which is how it is being portrayed by the President of the United States of America who has 35 million followers on Twitter – that is coloring how people hear things and what they hear and it affects their view.”

.@realDonaldTrump's approval rating is bad and getting worse as #Charlottesville & #TrumpRussia bring him down https://t.co/BjFA75mFO7