The 25th Amendment allows the President to temporarily step aside without forfeiting office. 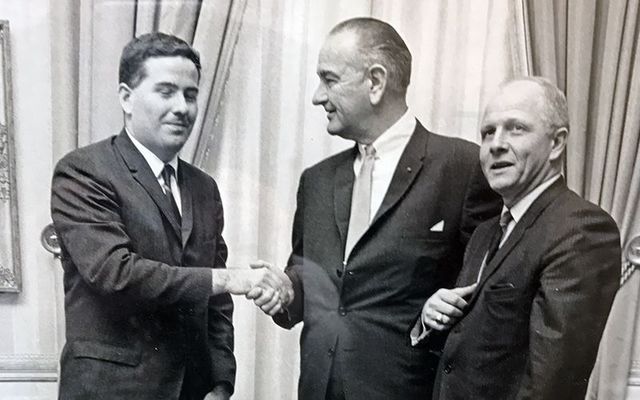 The 25th Amendment to the United States Constitution was written by a 25-year-old son of Irish emigrants from the Bronx.

Truly, the quietly spoken son of Mayo has done the state some service. His seminal book “From Failing Hands: The Story of Presidential Succession” is the core work, so well-argued it was nominated for a Pulitzer Prize when it was released.

Readers may think succession issues can easily be resolved yet as recently as 1963 when President Kennedy was assassinated there was no mechanism to appoint a vice president once Lyndon Johnson stepped up to the presidency.

The amendment has been used by Ronald Reagan, handing over his powers temporarily to the VP George Bush Senior after being shot. It was also used by George W. Bush when he underwent surgery, handing temporary control to VP Dick Cheney.

Modest to a fault, Professor Feerick, 80, waves away the credit, but there is no doubt he was at the heart of creating the vital amendment. President Lyndon Johnson asked him to the signing in the Oval Office, a moment he cherishes deeply, though he just made it after a delayed plane flight.

Even if he had never written the amendment, Feerick would paint a striking picture of an amazing success story for a son of Irish immigrants.

One week before the Kennedy assassination in November 1963, Feerick had written a scholarly essay on presidential succession. When Kennedy died and it became apparent there was no provision for a Vice President, Feerick’s article became the focus of legal scholars, politicians, and public alike. A constitutional minefield had suddenly opened up and action was needed urgently.

You can watch Feerick discuss the 25th Amendment here in 2017 with Bob Herbert's Op-Ed.TV.

In 2020, Feerick's 'That Further Shore: A Memoir of Irish Roots and American Promise' was published by Fordham University Press.