Why women did not vote for Hillary Clinton

Forty-seven percent of white women voted for Donald Trump in 2016 as against 45 percent for Hillary Clinton. 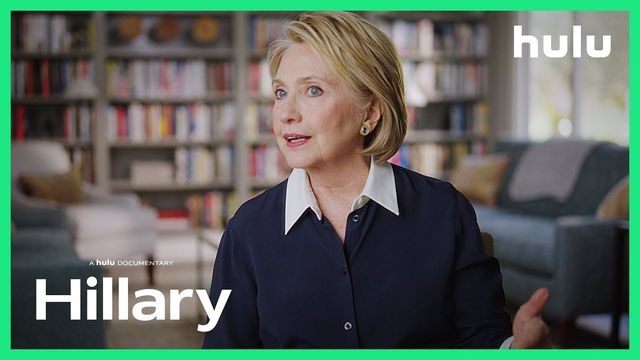 A still from "Hillary", a Hulu documentary on Hillary Clinton. Hulu

Forty-seven percent of white women voted for Donald Trump in 2016 as against 45 percent for Hillary Clinton.

It is a hard figure to digest given Trump’s treatment of women, but it seemed to be shaped by a deep dislike of Clinton more than a positive vote for Trump.

The ambivalence of women towards Clinton is masterfully teased out in the new Hulu four-part series simply called Hillary which I watched at the weekend.

I approached the series with trepidation, thinking I had read or seen everything I ever wanted to about her.  It is still painful that she won the popular vote but lost the Electoral College in 2016.

Nonetheless, the series breaks new ground mainly by neatly connecting all the historical achievements of Hillary.

She was the first major-party female candidate for the presidency. She had record approval as the first lady.  She was secretary of state and visited 120 countries during her tenure, inspiring women worldwide by her “women's rights are equal rights” speech in China.

She was a senator from New York where she worked across the aisle even with senators who had tried to impeach her husband.  She won healthcare for eight million uninsured children. She encouraged and inspired a generation of women to follow her trailblazing path, leading to hundreds of women winning office in her wake.

Clinton’s achievements are extraordinary, and I feel history will be far kinder to her than present-day opinions.  She will rank with Eleanor Roosevelt as one of the greatest women of the 20th century.

Yet, having done so much for women’s issues she was defeated by a bankrupt woman abuser, a Trump University con artist. Worse, it was women who played the most surprising role in her defeat.

As the documentary makes clear, Hillary could never satisfy certain women. They hated her for staying with her husband, they thought the Whitewater real estate deal showed she was crooked (the Clintons actually lost money), they believed in the email hoax, they said she was too forward, that she looked down on ordinary people.

As the documentary reveals, no matter what Hillary tried to do there was an unshakeable hatred for her in certain quarters, culminating in the “lock her up” chants at the Republican National Convention in 2016 and so many Trump rallies.

The documentary convinced me she was right when talking about a vast right-wing conspiracy. An unholy alliance of Fox News, hard-right critics, feminist hating lawyers and endless legal filings against her took their toll.

The tough part is that despite all that she almost made it, prevented only by an out of control FBI chief James Comey who, quite likely spurred on by Rudy Giuliani, launched a last-minute bogus examination of previously released emails.

Hillary should have won in 2016, and we can only imagine how steady and skilled she would be handling the current coronavirus outbreak, unlike Trump who is flailing away like a dying man denying he is drowning.

In the end, Hillary herself in the documentary asks the question, “What just happened?” She asked herself that tough one right after the loss to Trump.

Unfortunately, she did lose, and the film of young women in tears after her defeat was telling. Once again a dream of equality had been denied.

What is hard to take is that it was women who helped Trump get elected. Hillary Clinton remains a loss leader because she lost her last electoral battle, but when the history books are written she will loom large as among the greatest American women of the 20th century.