It looks increasingly likely that Joe Biden will secure the Democratic nomination this summer and it is a mistake Democrats can ill afford to make. 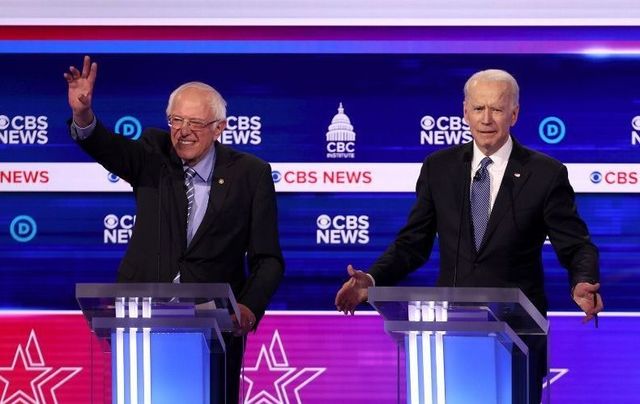 With six more key primaries approaching on Tuesday, it looks as though the Democratic Party is repeating the same mistakes as 2016.

Then, as now, they favored a moderate, centrist candidate over Bernie Sanders.

Then, as will probably be the case in November, they lost.

It looks increasingly likely that Joe Biden will secure the Democratic nomination this summer and it is a mistake Democrats can ill afford to make.

Moderate candidates simply do not work anymore. Donald Trump is proof of this. And Joe Biden is about as moderate as it gets.

In fact, Biden, like so many Democratic candidates over the past few decades, is essentially a Republican in Democrat's clothing. 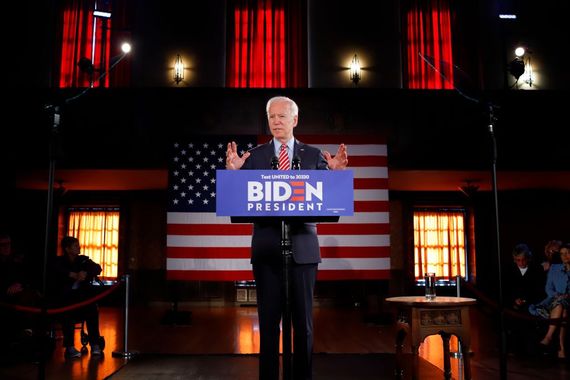 There is a reason why the Democrats have only had two presidents elected since 1980.

The Democratic shift toward centrist politics started in the 1980s after two crushing defeats to Ronald Reagan - the father of modern neoliberalism.

To combat this, the party has regularly nominated centrist candidates who would be interchangeable with the Republican Party.

Joe Biden is one of these candidates.

He simply will not entice people to vote, and make no mistake, he is not a liberal candidate.

In 1994, Biden co-wrote The Violent Crime Control and Law Enforcement Act which made dozens of offenses punishable by death in addition to increasing mass incarceration in the United States.

The act was introduced by Democrats to win over an electorate that was increasingly disenfranchised with rising crime rates. Biden's apparent recent reversal of his stance on crime is not some later-in-life epiphany, rather it is a populist policy that aims to seize on a shift in public opinion towards incarceration.

It is a political gambit. No more. No less.

Similarly, Biden has a poor track record when it comes to social security.

He is currently campaigning that he will protect and expand social security, but once boasted in the Senate in 1995 that he advocated for it be taken away, in addition to Medicare and Medicaid.

Here's the deal, folks: social security is on the ballot this year, and the choice couldn't be clearer:

I'll protect and expand it. Donald Trump will cut it and take it away. https://t.co/Nyez4ihOPa

These are just some issues in what is a long history of questionable policies for a self-proclaimed liberal candidate. He has long been opposed to legalizing marijuana and he voted in favor of the Iraq War in 2003.

This is all fine for a centrist candidate, but it is not fine for a party that it paints itself as a liberal alternative.

Biden will fail where Hillary Clinton did four years ago and his nomination will see Donald Trump sweep to another four years in office.

Centrism will not defeat Donald Trump, nor will any sort of sitting on the fence.

Trump will annihilate Biden, both in the presidential debates and on Twitter. 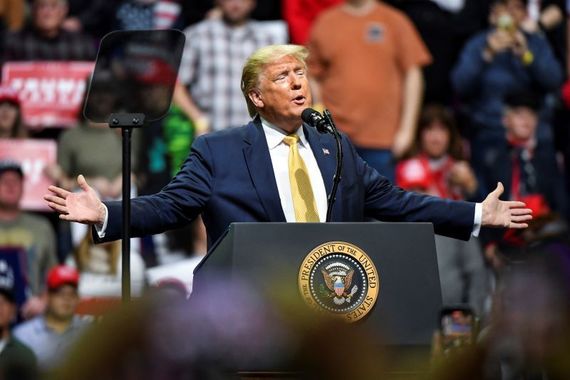 Biden's mannerisms during the Democratic primaries have raised several-eyebrows and he so often fails to articulate what he wants to say during rallies, debates or speeches.

Not only is Biden inarticulate, but he is also prone to frequent verbal gaffes. He has, for example, regularly inadvertently referred to Irish people as stupid.

Trump will pick up on this and crucify him in the debates.

He will disseminate his "Sleepy Joe" jibe as often as he can on Twitter and try to convince anyone who follows him that the former Vice President is not fit to run the country.

He will also admonish Biden's patchy track record when it comes to his past policies.

He would have far less joy with Bernie Sanders. 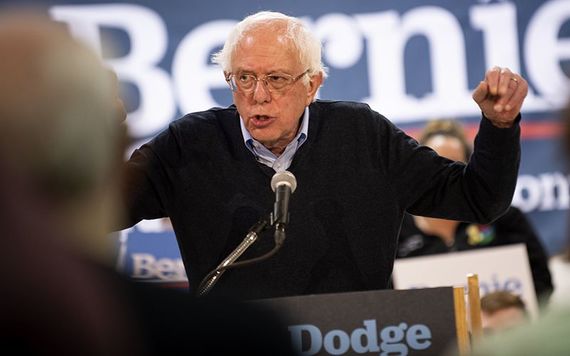 Read more: From JFK the TV president to Trump and Twitter - How US Presidents communicate

The Vermont Senator has been remarkably consistent throughout his political career and his policies have hardly changed in over 40 years.

Sanders is campaigning for social justice for all Americans and if he won the nomination, he is a candidate that all ethnicities could feasibly get behind.

He has proved to be a much more accomplished and articulate debater than Biden and would easily sidestep the slurs that Trump is bound to hurl at him on the floor.

He also has an army of impassioned followers on Twitter that would leap to his defense as soon as Trump launched one of his inevitable tirades against him.

His inclusive movement can attract an overwhelming majority among the nation's youth while still retaining a large cohort of older voters.

There is just one obvious problem.

Sanders is a self-proclaimed socialist and a portion of the American electorate has a deep mistrust of socialism. He can thank Joe McCarthy for this.

The last vestiges of the Red Scare are still alive and well in the United States and people erroneously associate socialism with communism and dictatorships.

In truth, the Democratic Party shares this fear.

Some allege that Sanders is not a true Democrat. After all, he is an Independent Senator and also served in the House of Representatives as an Independent.

A long-term champion of civil rights for many minority groups, Sanders is campaigning on a wealth of progressive issues, from Medicare for all to canceling student loan debt. They are issues that he has campaigned on for most of his political life.

As the incumbent Senator for Vermont has said before, these are not radical ideas, but ideas that are installed in several other major countries.

He is not the rebirth of Josef Stalin or Fidel Castro, rather he is simply a disgruntled, veteran politician with some reasonable social policies.

However, socialism is such a taboo subject in American politics that it is a major stumbling block to Sanders' campaign.

If certain cliques in the American electorate can get over their inherent fear of socialism, not only can Sanders beat Biden, he can also beat Trump.

Who do you think will be named the Democratic nominee for this year's US Presidential Election? Let us know in the comments.