Former vice president Biden celebrates impressive victories in four states with a speech offering empathy, healing, and hope to the people of the United States. 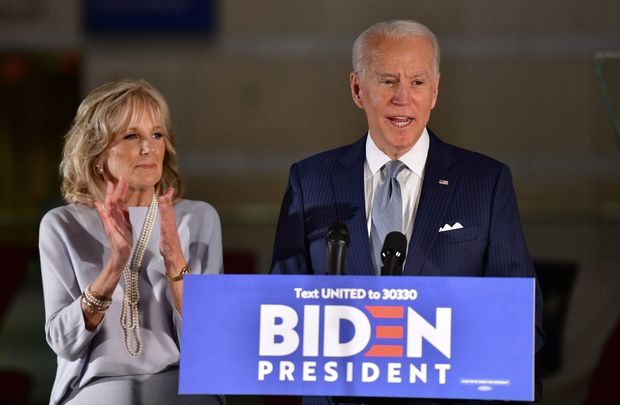 On Tuesday evening Joe Biden celebrated a crushing victory with wins in Michigan, Missouri, Mississippi, and Idaho, offering a message of inclusion and called on Democrats to rally together to defeat President Donald Trump in the November 2020 elections.

Closing his rousing victory speech, delivered at National Constitution Center, in Philadelphia close to where the Irish American former vice president grew up, he said:

“We’re on, close to the eve of St. Patrick’s Day, I thought of a quote, some of you heard me quote many times, a fellow I admire very much who passed away not long ago, a poet named Seamus Heaney. He wrote a poem called the Cure at Troy. Here’s what he said:

“‘History says, Don't hope
On this side of the grave,
But then, once in a lifetime
The longed-for tidal wave
Of justice can rise up
And hope and history rhyme.’

“I truly believe it’s in our power for the first time in a long time because of what’s happened in the last three years, the power to make hope and history rhyme. That’s what we’re going to do."

However, Biden's speech gave a clear call to action for Democrats and those who supported Sanders to rally as a united party to defeat Trump.

"We share a common goal and together we are going to defeat Donald Trump," said Biden.

Mentioning his former rivals such as Mayor Pete Buttigieg,  Beto O'Rourke, Amy Klobuchar, and Kamala Harris who endorsed him after dropping their own campaigns he added "Winning means uniting America. Not sowing more division and anger."