There is something quite disturbing about the five hardline Catholics with links to the extreme Catholic group Opus Dei who are now on the US Supreme Court making laws for the rest of us. 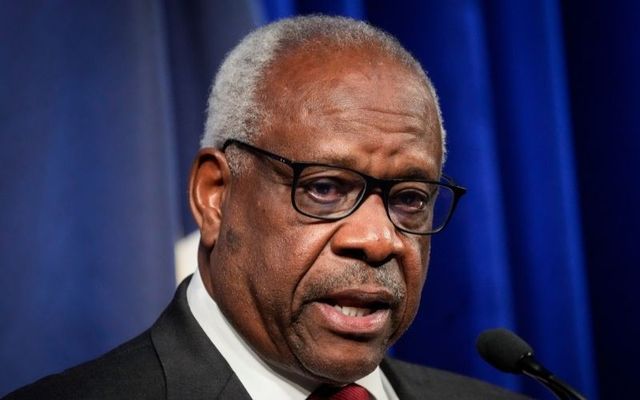 Justices Amy Coney Barrett, John Roberts, Clarence Thomas, Brett Kavanaugh, and Samuel Alito either belong to or are close to members of Opus Dei, the secretive lay movement within the church, first created in Spain by Father Josemaría Escrivá in the 1920s.

Opus Dei critic Matthew Fox is in no doubt about the power that the secretive group now yields on the Catholic justices.

“The Supreme Court itself has become a cesspool of religious ideology ignoring the pluralism of American culture in favor of a far-right version of evangelical and Roman Catholic Christianity committed to anti-abortion fanaticism,” writes Fox.

The outline philosophy of the justices as professed in Alito’s memorable dismissal of Roe v Wade last month closely mirrors the priorities of Opus Dei (in English, Work of God) the deeply conservative Catholic group they owe fealty to.

Anybody asking what the opinion of Opus Dei is on the issue of abortion would be left in no doubt as to group’s hardline views that all abortions be banned. Roe v Wade may have been overturned but that still leaves many challenges such as seeking a nationwide ban which is still on the Opus Dei to-do list.

The group is considered such an important part of the Catholic Church that Pope John Paul II decreed that only the pope could deal directly with them.

Opus Dei plays the long game. Many of the Catholic justices were members of the Federalist Society, a top group of conservative, mostly Catholic lawyers who wield enormous power. The society’s chairman Leonard Leo, a board member of Opus Dei, was given carte blanche by Donald Trump to pick the three Supreme Court judges that Trump then appointed.

In January 2019, The Washington Post Magazine wrote that the Federalist Society had reached an "unprecedented peak of power and influence.”

It is an insider game that is enmeshed in both parties. The powerful former White House legal counsel Pat Cipollone is a deeply conservative Catholic figure with 10 children and ties to Opus Dei.

So Opus Dei is more powerful than ever. Historically, the group flourished under the fascist regime of Francisco Franco and spread worldwide. Now it has become a powerful force in American political life.

Their agenda, if passed, would catapult America back 50 years. It was Thomas who let the cat out of the bag when he wrote in Roe his opinion that issues such as contraception and same-sex marriage would all be on the agenda in the future. What would once have seemed fanciful and ridiculous is now a looming reality.

For centuries, the cancer of anti-Catholicism in the United States was a blot on the land. Organizations such as the Know-Nothings were violently opposed to Catholics, and several attempts at pogroms were made.

How the tables have turned with a vengeance. Catholics are now firmly in control of the most important institution in the land.

Ironically, according to Gallup data, Catholics are more likely to support the Democratic agenda over the GOP's - 50 percent to 43 percent. That, however, will not stop the onward march of the Christian soldiers.