US Ambassador to Ireland Claire Cronin did not attend mass for three years due to the pedophile scandals that rocked the Catholic Church. 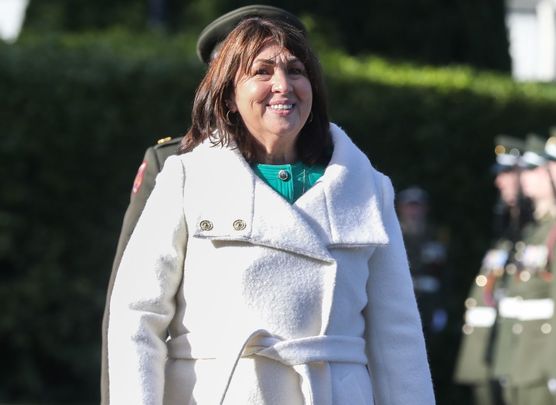 Claire Cronin, 63, the new US ambassador to Ireland, has revealed how she stopped going to mass for three years after the church pedophile scandals and talked about her role in negotiating settlements on behalf of victims as part of her law practice.

In an interview with The Irish Times, Cronin said the scandals "did shake her faith", causing her to stop going to mass for three years.

”Being a Catholic, it was very hard to come to grips with how this happened within our church. It did shake my faith. For three years, I did not attend Mass,” she says.

Cronin took part in some of those settlements as a lawyer representing victims of the Boston archdiocese.

She told The Times, “It was important to know that the victims were believed and the harm they suffered was recognized. And for me, if I could have in my role as arbitrator provided some compassion and empathy for them, that was important to me. The money will never change what happened, but I have comfort in knowing that the process was as good as it could be,” she says.

She switched careers, sought to become a state representative, and went into politics rising to become Majority Leader in the Massachusetts State House. Soon, another group of victims, gun violence sufferers, took much of her attention

She told The Times the killing of 19 children and two teachers at the Robb Elementary School school in Uvalde, Texas, by an 18-year-old on May 24th was a reminder for Cronin of the radical change still required to tackle gun violence in the US.

“I just shake my head and say how can this happen again and again and again and have no action. At what point will the safety and security of our children and the people that live in our community come before the gun lobby in the United States. It has been a source of frustration for me,” she says.

Massachusetts, she said, is a “shining example” of strict gun laws, the toughest in the nation.

“We certainly have a right to bear arms, but at some point, you have to look at the reasonableness of that. We have a right to freedom of speech but you can’t yell fire in a crowded theater.

“I think that regulations that are reasonable and allow people to have arms if they want them for self-defense or hunting, no problem with that. But we have to do more to make sure guns are not put in the hands of those people who should not have possession,” she says.

Cronin seeks to raise awareness of the J-1 visa program for Irish students traveling to the US every summer.

“Our ancestral relations are the foundation of our ties but our trade and investment is the glue that holds us together, but so too we need to introduce young Irish citizens, young people to America,” she says, seeing the J-1 program as one way to do so.

She traces her roots to the Inishowen peninsula in Donegal through her father and to Cork through her mother. All four of her mother’s grandparents were Irish. Her father was a survivor of Pearl Harbor.