The Irish ancestry of Claire Cronin US ambassador to Ireland

Claire Cronin was born to the son of an Irish immigrant from the Inishowen Peninsula in Northern County Donegal and all four of her mother's grandparents were Irish.

In partnership with:
Ancestor Network 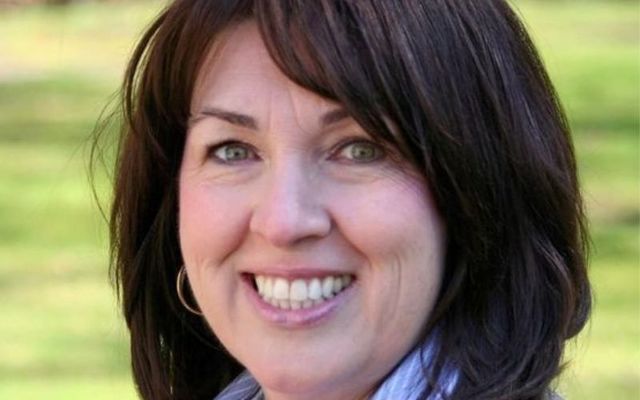 In honor of the recent US senate approval of Claire Cronin’s appointment as Ambassador to Ireland, Ancestor Network took the liberty of tracing Claire’s Irish ancestry.

On both sides of her family, they experienced the terrifying ordeal of eviction as they were thrown out of their homes and off the land, leaving young and old without a place to go. Profiteering landlords saw a way of increasing their income by ridding themselves of these small holder tenants. It is not surprising that so many found other opportunities elsewhere.

James Daniel McLaughlin, father of Claire Cronin, was born on 26 February 1919, the son of Hugh McLaughlin and Mary A. Lappin who had married in Manhattan, New York on 1 November 1915.

The 1920 US Census recorded Hugh and Mary McLaughlin (nee Lappin) at Douglass Street, Brooklyn, New York with their two eldest children, Rosemary (b.c.1917) and James D. (b.1919), both born in New York.

Hugh McLaughlin was born in Carrowmenagh townland, Moville, Co. Donegal on 12 December 1886, to parents Patrick McLaughlin, a Farmer, and his wife, Rose Anne Carey who had married the previous year. All subsequent children were born in Ballymacarthur townland, the townland of origin of Rose Anne Carey.

Patrick McLaughlin and Rose Anne Carey married in Moville Catholic Church on 26 November 1885 with John and Mary McCormack as witnesses. Patrick McLaughlin, and his father, also named Patrick, were both Farmers. Rose Ann Carey from Ballymacarthur was the daughter of William Carey who was also a Farmer. All members of the wedding party signed the Marriage Register with ‘their mark’, indicating that they were illiterate, which was not unusual at the time.

Hugh McLaughlin was the first-born of the children of Patrick and Rose, who went on to have twelve children with Eugene, their youngest, born in 1901. He was recorded with the family in the 1901 census before emigrating to live in Consett, Durham in England where he worked as a Shop Assistant. In 1912 he migrated to the United States, departing Glasgow aboard the S.S. Cameronia on 26 October 1912. He was traveling to an Uncle, Thomas McLaughlin in Brooklyn, New York and was one of four brothers to emigrate.

His parents and five siblings were recorded 1911 Census still residing in Ballymacarthur. His mother, Rose, recorded that she has given birth to twelve children, of which, nine had survived.

Patrick McLaughlin died on 16 October 1924 with Dyspepsia and Vomiting recorded as the cause of his death. His widow, Rose Ann McLaughlin (nee Carey) died almost a year later, on 19 September 1925 from Liver Cancer.

Rose Anne Carey was baptized in Moville Catholic Parish on 20 November 1859 to Parents, William Carey and Mary Deehan She was one of twelve children identified for this couple.

Patrick and Mary were caught up in the infamous Carrowmenagh evictions that took place in the immediate aftermath of Christmas 1881 The Evictions - Carrowmenagh a village in Inishowen County Donegal Ireland. An absentee Landlord, Hector O’Neill, took the decision to return his land to pasture where he could guarantee an increased income without the need to collect rents from small tenant farmers.

Despite the interventions by some to compensate Harney he refused to relent and a total of 13 families were evicted, including the family of Patrick McLaughlin and Mary McDermott, and their houses destroyed.  The story was carried internationally.  An unpublished poem from the event appeared in The Donegal Democrat in 1962.

Mary Anne Lappin, the Paternal Grandmother of  Cronin, was born in Felling on Tyne on 5 July 1892 to Daniel Lappin and Margaret Thompson who had married in Gateshead, Durham the previous year.  Sadly, for Mary Ann, she was orphaned when very young. Her father, Daniel Lappin died on 3 June 1899 at the recorded age of 37 and her mother, Margaret (nee Thompson) died on 17 February 1901, aged 34.

The 1901 and 1911 Census found Mary Anne Lappin living with her Uncle, James Lappin, and his family in Consett, Durham.

The Obituary of Phyllis McLaughlin (nee Lucey), mother of Claire Cronin, recorded that she died in Easton, Massachusetts on 25 October 2012 when aged 89. She was the daughter of Charles Jerome Lucey, a Shoe Operator and his wife, Nora M. Corbett, who were both children of Irish immigrants.

Charles Jerome Lucey married Nora Margaret Corbett in a Catholic ceremony in Brockton on 30 June 1909 when Charles was twenty-one and his bride was nineteen. Both were Shoe Operatives from Brockton. The Marriage Registration recorded that Charles Lucey was the son of Daniel Lucey who was born  in Rathcool, Doneraile, Co. Cork.

In April 1846 when Ireland was enduring the Great Famine, which saw over 1 million die and a further 1 million emigrate, over 300 people were evicted from Rathcool and off the estate of Sir George Colhurst. Among them were four Lucy families. This was despite that connection to these lands went back generations and that rents had been paid up. Sadly, this was not an isolated incident and such tragedies were repeated throughout the country.

Daniel Lucey and his four sisters all migrated to the United States and married and settled in the Brockton area. Their parents may also have emigrated.

Ancestor Network were were delighted to provide Claire Cronin with the unabridged full 78-page report along with family trees of both her paternal and maternal Irish ancestors. The report was researched and written by expert genealogist, Ita O’Boyle.