“Would you not prefer to be the president of Ireland instead of your wife?,” Mary McAleese claims Pope John Paul asked her husband. 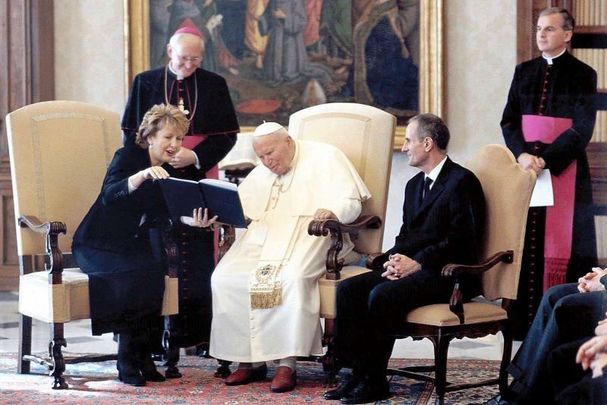 Pope John Paul offered a strange comment to President of Ireland Mary McAleese's husband during a meeting in 1999.

*Editor's Note: A previous version of this article was entitled "Pope John Paul refused to shake hand of Ireland’s female president, she reveals." However, a concerned reader has pointed out that President McAleese never said that Pope John Paul refused to shake her hand. In fact, a 1999 article states that the two did have a handshake. This article has been updated to reflect that, and we apologize for the misinterpretation.

Former President of Ireland Mary McAleese revealed how Pope John Paul  "ignored her" and instead reached for her husband's hand before her own when the two met in 1999.

McAleese says that the Pope, addressing her husband Martin, said, "Would you not prefer to be the president of Ireland instead of your wife?”

McAleese recalled she quickly interjected: “You would never have done that to a male president. I’m the elected president of Ireland whether you like it or not.”

The former President of Ireland recounted the incident while speaking at an event hosted by the Irish American Partnership in Boston in 2019. 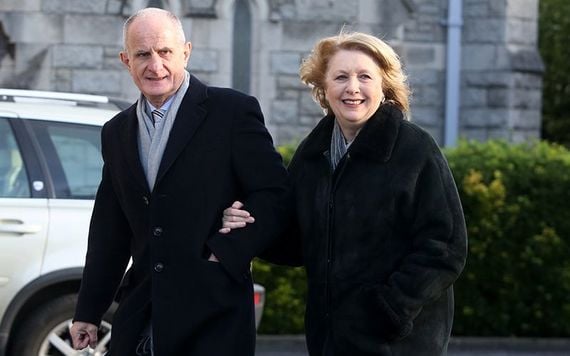 Prior to her encounter with the Pope, McAleese recalls disgraced Cardinal Bernard Law also tried to intimidate her in 1998. She claims he said to her, “I’m sorry for Catholic Ireland to have you as president,” when they met.

The Irish Independent reports that after making his comments, Cardinal Bernard Law "lambasted her [McAleese] and a considerable number of her official delegation after ushering them into a room where a well-known American conservative Catholic, Mary Ann Glendon, was waiting to lecture the President on her views on women priests."

McAleese told The Irish Independent after the incident that the Cardinal's "remarks were utterly inappropriate and unwelcome."

Despite her and her delegation being "gobsmacked" by the Cardinal's comments, McAleese informed him that she was indeed the "President of Ireland and not just of Catholic Ireland."

McAleese told the Independent newspaper that the cardinal’s language and attitude were nasty and he demanded that she sit down and listen to the orthodox view on women’s ordination from Glendon.

She said she felt the Cardinal's remarks and behavior "insulted Ireland and the Irish people."

She recalled that Cardinal Desmond Connell was “visibly upset” and found it “unacceptable.”

McAleese said: “He was morally certain there was no input from the Irish bishops.”

Cardinal Bernard Law was later at the center of a huge pedophile priest scandal and was forced to resign before fleeing to Rome.

On International Women’s Day 2018, McAleese took a scathing hit at the Catholic Church, accusing them of being one of the world’s worst perpetrators of misogyny and sexism.

“This regrettable situation arises because the Catholic Church has long since been a primary global carrier of the toxic virus of misogyny,” McAleese said as she spoke in Rome at the Why Women Matter conference organized by Voices of Faith, which features the voices prominent Catholic women from around the world.