Mary McAleese, who has a doctorate in Canon Law, remains highly critical of some aspects of the Catholic Church despite still practicing the faith. 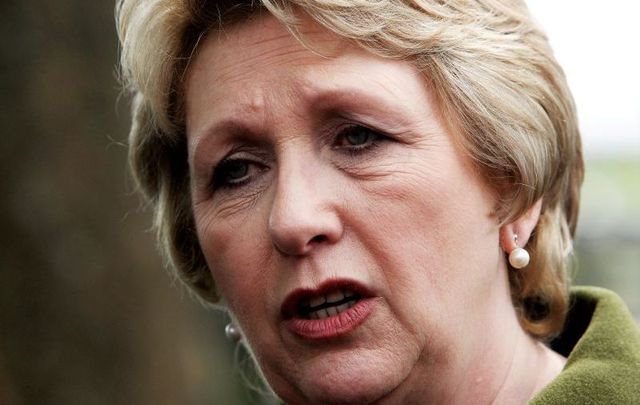 Mary McAleese, a self-described “woman of faith,” is critical of some aspects of the Catholic Church.

Mary McAleese, who served as the President of Ireland between 1997 and 2001, has again spoken out against aspects of the Roman Catholic Church, a faith that she was brought up in and still practices.

Speaking on BBC Radio 4’s Woman's Hour on September 24, McAleese, who was plugging her new book “Here’s The Story - A Memoir,” discussed her upbringing in Northern Ireland where she was born into a Catholic family who lived in a primarily Protestant neighborhood at the height of The Troubles.

During the radio program, McAleese was asked what prompted her to study canon law and to speak out “so openly against the Church?”

“First of all, yes, I am a person of faith,” McAleese said, “but I am also a person with a thinking brain.

“Well, with the greatest respect to the Church, it has left a few chapters in the meantime.

“Number one, when I undertook those so-called obligations I was about three days old and hadn’t a clue what was happening. These were major obligations - the very idea that you would surrender your intellect and your freedom of conscious thought, belief, and freedom of religion to an organization for the rest of your life, it runs completely counter to our understanding today of human rights.”

McAleese continued: “That reality hasn’t yet fully dawned on the Catholic Church, which has its own system of law called canon law.” McAleese received her doctorate in Canon Law in 2018 at Rome's Pontifical Gregorian University.

“I’m ignored completely by the church’s hierarchy, utterly, absolutely ignored, but that’s okay because they’re only a tiny proportion of the Church there - they’re desperately powerful, yes, and they make the rules, yes - but the Church is 1.2 billion people, which is why I stay.”

She continued: “I stay in the hope that my tiny little voice sometime will permeate upwards and help, along with the voices of many others. Because the truth of the matter is, people are walking away in droves, they’re tired of these old men trying to beat the drum of obedience, being obedient to teaching that is long past its sell-by date and needs to be revised, needs to be critiqued.

“We belong to a Church that is wonderful at talking out to the world from its moral pulpit, wonderful, for example, on climate change.

“On women? Atrocious. Women in the Church? Atrocious. On protections for children who are abused? Very weak and lacking in credibility, still.”

Coronavirus live updates: Risk of exposure in RoI "is now 100 times greater than it was 4 months ago"

Guinness unveils “Guinness 0.0” - the Guinness with everything except alcohol

Coronavirus live updates: Risk of exposure in RoI "is now 100 times greater than it was 4 months ago"