The lukewarm reception for Pope Francis reveals the loyalty to the Catholic Church in Ireland has been utterly undermined since the last Papal visit of 1979, by Pope John Paul II. 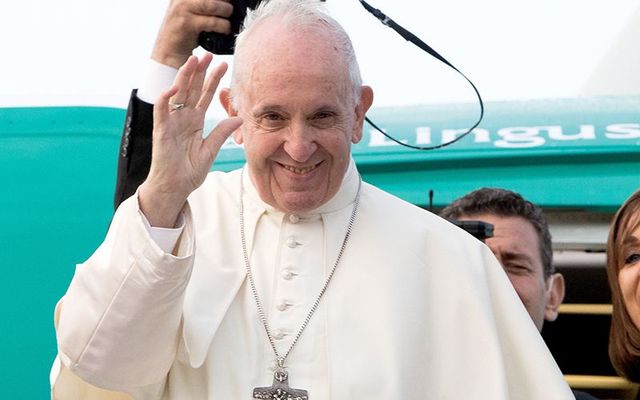 The lukewarm reception for Pope Francis reveals the loyalty to the Catholic Church in Ireland has been utterly undermined since the last Papal visit of 1979, by Pope John Paul II.

The disastrous decline of the Catholic Church in Ireland was there for all to see over the weekend. If Pope Francis was a compulsive tweeter like Donald Trump, he would have been all over the “fake news” that the official crowd estimate for his Phoenix Park Mass was 135,000, not 500,000 as was anticipated.

Compare it to the Pope John Paul Mass attendance at the same venue which was an estimated one million plus, back in 1979, and you get some sense of how far the mighty Catholic Church has fallen. There was indeed only 135,000 or so. That’s a fall-off of almost 90 percent. 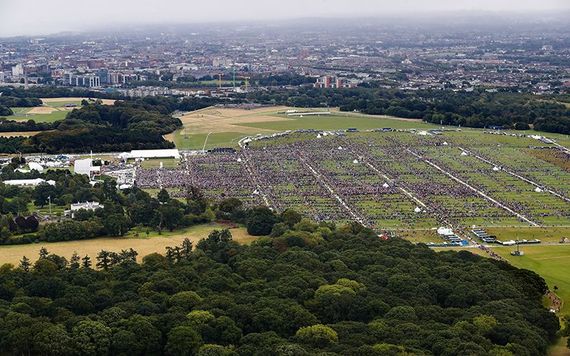 An estimated 135,000 of the anticipated 500,000 Irish turned out to the Papal Mass in Phoenix Park to see Pope Francis.

Read more: Pope Francis asks Ireland for “forgiveness” for the abuse of the Catholic Church

Sure, the weather was lousy, but Irish people very rarely allow bad conditions to bother them if it is meaningful enough. For instance, an estimated 80,000 people from one county, Limerick, showed up to welcome home their hurling All-Ireland winning team last week.

The past is another country, Ireland of 1979 was a shining jewel in the Catholic church.

There was no divorce or abortion, gay marriage was a hopeless pipe dream, homosexuality was criminal behavior. Attendance at mass was in the low 90 percent. The church told the state how to behave. Until 1972 the constitution even had a special position reserved for the opinions of the Catholic Church, giving it untold power.

Now Pope Francis encountered a time warp, a different land, one where the Taoiseach Leo Varadkar is a gay man, where divorce, gay marriage, and access to abortion are all allowed. Church attendance is in the low 30s per cent and falling and the average age of Catholic priests is 70. There were just six seminarians in the 2018 freshman class in Maynooth.

The Catholic Church, with some honorable exceptions such as Archbishop Diarmuid Martin in Dublin, has disgraced itself with cover-up after coverup, the latest the fate of 796 babies in a Mother and Baby Home run by nuns in Tuam, County Galway, who, astonishingly, may have been buried in a sewage tank.

A sign hanging on Ireland's government buildings in protest of the 796 childrens bodies found in Tuam.

Sometimes we need a monstrous event to properly put the issue in perspective. The fate of the Tuam Babies was one. The truth behind the darkest pedophile of all Father Brendan Smyth, whose victims numbered in the hundreds both in the US and Ireland, brought down a government when it was revealed how his case was criminally mishandled.

These and many other horrific cases have slowly but surely been sundering apart the Church in Ireland.

The Pope Francis visit is the measuring stick for the damage done, set directly against the power of the Church during the John Paul visit before the apocalypse hit. 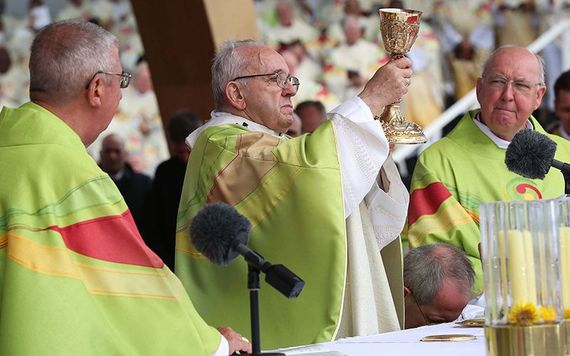 The only conclusion we can come to after the Pope Francis visit is that the Irish church is irredeemably dying.

The old ways have died with it. It is not fair to only hold the church responsible for the sickness of pedophile priests and bishops covering up or how the vicious nuns mistreated penniless and powerless pregnant women. Civil authority more than cooperated they were perfectly willing to be vassals and told what to do.

Read more: Irish ruling class as much to blame for child abuse as church

They were doing the bidding of a deeply corrupt institution.

As Neil MacDonald from Canadian Broadcasting Company pointed out this weekend:

“Imagine for a moment that a big, admired multinational corporation, one selling a beloved product, was employing large numbers of male pedophiles and rapists, operating in rings all over the world, and that their crimes had been uncovered in Australia, Ireland, Canada, the Philippines, Belgium, France, Austria, New Zealand, Argentina, Chile, Britain, Germany and the United States, and, further, that senior executives had systematically covered up and suppressed evidence, transferring and enabling hundreds of predators, betraying thousands of victims.”

Imagine no longer. It happened, and the blood-dimmed tide has been set loose.

Francis is one of the very few leading Catholic figures who understands the need for drastic changes as well as remorse, reconciliation, and a return to a pastoral church, but it is an overwhelming task, likely one beyond the power of an aging Pope who has reached his early 80s.

The notion of reforming a worldwide institution run by tens of thousands of old men, all allegedly celibate, all used to pontificating, and many to covering up the worst possible crimes of abuse, is fanciful. 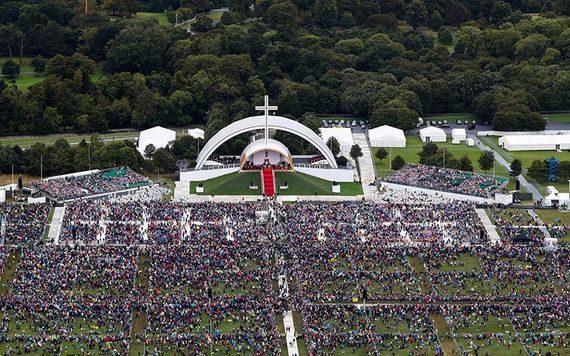 An aerial shot of the altar at the Papal cross in the Phoenix Park, Dublin.

Drastic change is needed. Francis must know the church needs to abandon its men only, no marriage policy for priests. The church needs to present an image of caring and concern, instead it has been displaying incredible arrogance and errant behavior.

The people of Ireland knew that, which is why the Francis visit must serve as a wake-up call for the Vatican. Ireland, a country so bound to the church at one point that Rome rule was the equivalent of Home Rule did not lie prostrate before this pope.

Indeed, both the president and prime minister saw fit to lecture him on the evils of the abuse scandal. It has all changed now. The Francis visit made that clear to even the most dogged denier.