The Bishop of Kerry has warned that there are so few priests in Ireland that a regular Sunday Mass will soon be a thing of the past. 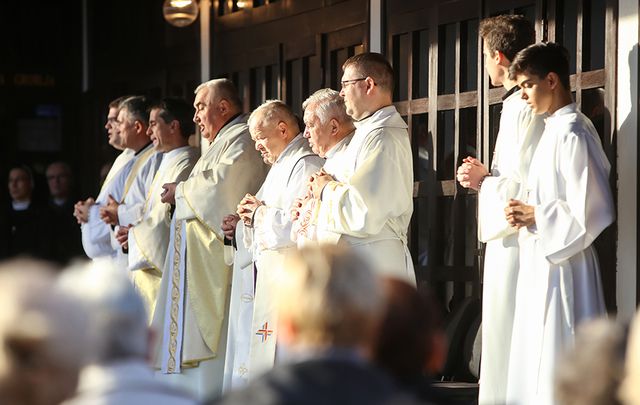 New priests are fewer and fewer in Ireland iStock

The number of trainee priests in Ireland is in free fall and is currently at a 222-year record low.

A mere six men will be starting the classes required to become a priest at the National Seminary at St. Patrick's College Maynooth in County Kildare this fall – the lowest number in the seminary’s more than two centuries of existence.

Fifteen men, the Irish Catholic reports, are currently undergoing preparatory work that will allow them to become seminarians in the fall of 2018.

Maynooth, which opened in 1795, was once the largest seminary in the world with space for 500 men to train to become priests.

Last year there were only 80 men undergoing the necessary studies at the seminary to become members of the clergy.

The number is likely to have dipped even further this year following something of a crisis last summer when a number of seminarians were caught using the gay hookup app Grindr. As a result, Archbishop of Dublin Diarmuid Martin ordered three trainees to leave the seminary and continue their studies at the Irish college in Rome.

"I have my own reasons for doing this," the Archbishop said at the time.

At the time critics of the move warned authorities that his actions would damage Maynooth; Fr. Brendan Hoban said it was "unfair" and said it did not address the underlying issue.

Such is the steady decline in the number of priests in Ireland that the Diocese of Kerry announced this week that it no longer had enough clergy to perform funerals on a Sunday.

The decision brings Kerry into line with Dublin and other counties are likely to follow suit.

Bishop of Kerry Dr. Ray Browne warned that the time was approaching fast when most churches would no longer offer a Sunday Mass.

Only one priest in the whole of Kerry is under 40 and six of the 53 parishes in the diocese have no resident priest.

The Vatican, too, has lamented the sharp decline in the number of priests working in Ireland.