Irish actor Liam Neeson is spearheading a project that tells the horrific story of the discovery of mass unmarked graves at Tuam. 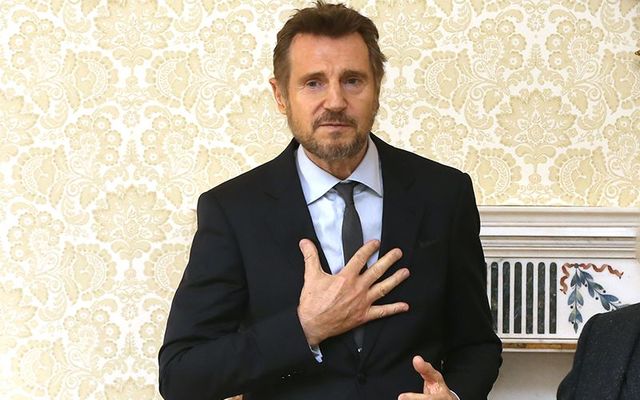 Irish actor Liam Neeson is spearheading a project that tells the horrific story of the discovery of a mass unmarked grave of 796 children at Catholic mother and baby home in Galway.

According to reports, the "Taken" star Liam Neeson is to produce a film based on the Tuam Mother and Baby Home scandal, where 796 children's remains were found buried in mass graves outside the Catholic institution.

In 2014, a historian and a journalist broke a story which revealed that hundreds of babies had been buried in septic tanks. The scandal made headlines around the world and brought to light the shocking past of the Galway institution.

At least 1,000 people have gathered for a silent vigil in Tuam, Co Galway to remember the Tuam Babies, while thousands have also attended the Stand4Truth event in Dublin to show solidarity with victims of institutional abuse https://t.co/jNCrvnHdNH

The 66-year-old actor, Neeson, has said that the Tuam babies' mass grave should be opened and the remains should be identified, according to the Irish Mail on Sunday.

The as of yet the unnamed project is said to be based on the viral interactive New York Times article, ‘The Lost Children of Tuam’.

The news of Neeson's movie project comes as hundreds of people gathered in Galway today at a vigil, calling for the remains to be exhumed. As they walked from Tuam town hall to the site where the home was once located, people held up the names of the 796 children who died at the home.

HAPPENING RIGHT NOW: Hundreds are peacefully marching to the #TuamBabies site here in Tuam, Co. Galway. We must never forget as we #Stand4Truth. The #PopeInIreand must listen. #PapalVisit #neveragain pic.twitter.com/lTYoiVfkve

Ireland’s Minister for Children, Katherine Zappone, is expected to make a recommendation on the future of the burial site in Tuam in early autumn.