Why we need to end the cancel culture ASAP

It seems that no one is pure or virtuous enough to survive even some of the greatest figures in history. 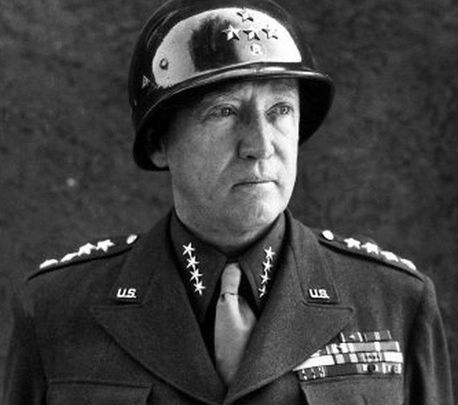 General George S. Patton, a key figure in the Allies’ victory in the Second World War.

Can this continue? Lincoln, Grant, Johnson, Patton - just four examples of divisive, complex men who in today's culture would be canceled, no doubt.

"I will say that I am not and have never been in favor of bringing about in any way the social and personal equality of the white and black races, and in as much as they cannot so live, there must be the position of superior and inferior. I as much as any other man am in favor of having the superior position assigned to the white race."

If a speech like that was not enough to get you canceled forever and banished from intellectual and social circles until kingdom come then I don't know what would.

Yet it was made by arguably the greatest American ever, one Abraham Lincoln in 1858, as he struggled to avoid the pro-negro accusation made by his chief opponent Senator Stephen Douglas.

Even for the context of the time, it was a hardline racist speech and incredible that it came from Father Abraham, beloved by blacks ever since who just a few years later would draft two of the greatest speeches in world history, the Emancipation Proclamation, and the Gettysburg Address.

The sad fact is that if the cancel class and all they see as unclean were around in 1858, Lincoln would never have been heard from again.

Indeed, recently, in the supreme irony, a school board in California removed Lincoln’s name on a high school because he was not pure enough.

Then there is General Ulysses S. Grant who saved the Union from almost definite defeat when he took over the Union Army and led them to a glorious victory in the Civil War.

By today's lights, Grant would never have gotten that command.  He was briefly a member of the Know-Nothings, a racist, anti-Irish, anti-black group which bitterly attacked the notion of equality.

Grant only attended one Know-Nothings meeting that we know of, but that would have been enough to cancel him forever by today's moral judges. Canceling him would have confirmed their own virtuousness even if the Confederates had won, they might have argued.

Then there was General George Patton, a key figure in the Allies’ victory in the Second World War, so valuable that President Franklin D. Roosevelt begged newsmen not to report on several nasty incidents that would have clouded his glorious image where Patton accused soldiers of cowardice and physically hit them.

Patton was virulently anti-Semitic even as he helped liberate concentration camps, and anti-black though he had several black regiments under him who fought nobly.

There again he would never have prospered to lead the invasion of Italy and do good if the cancel crowd had heard the accusations against him.  He would have been lucky not to be demoted to buck private rather than jailed.

His landmark civil rights bill which ended Jim Crow laws and segregation was simply referred to as the N bill by Johnson.

How could such a racist man survive today?  The use of the N-word alone would get him canceled in jig time, and yet he did more for African Americans than any president of the 20th century.

Those are four examples of deeply divisive and complex men who did their best and sometimes their worst in pursuit of victory.  They can only be viewed through the prism of history and the temperature of their times.

The cancel culture we have with us today has canceled everything from Dr. Seuss to Mister Potato Head and somehow continues to thrive.  How wonderful it must be to belong to such a circle of virtue, while those in the arena like Lincoln grapple with great truth and great failures but always seek the light instead of cursing the dark.