A real life “Saving Private Ryan” tale, the six sons of an Irish-American family went to war and all returned home. 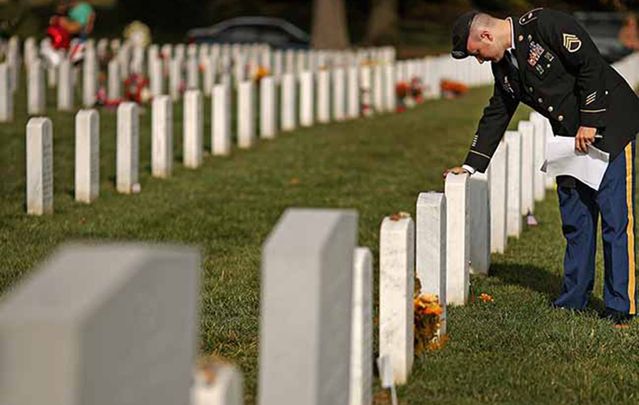 A real life “Saving Private Ryan” tale, the six sons of an Irish-American family went to war and all returned home. iStock

Iven “Bruce” O’Neal was one of six brothers who served in the U.S. military in World War II. A real life “Saving Private Ryan” tale, the six sons of an Irish-American family went to war and all returned home to north Mississippi.

For Bruce, the end of the war really did play out like Spielberg’s “Saving Private Ryan." With their six sons scattered around the world, the burden became too much for the O’Neal parents. Bruce’s father sought help from Governor Theodore G. Bilbo to get his youngest son Bruce out of the war.

The youngest O’Neal, Bruce served as part of the 97th Division, U.S. Infantry in Le Harve, France, and the Rhineland with General Patton. Later on in his career, he took part in the Japanese occupation.

Unfortunately with snail mail and military communications taking a great deal longer in the 1940s, O’Neal’s father’s message only arrived toward the end of the war. When the message reached Bruce, he realized that he didn’t want to get out of the army. He wanted to stay fighting where his brothers were, fighting overseas for their country.

Harl, the only other living brother, served in Europe under Patton. He took part in the Battle of the Bulge and landed in Normandy just days after D-Day.

Robert Glenn served in the South Pacific as a Navy Seabee.

Stanford White was based out of England as part of the Sixth Air Force.

Ralph certainly had the most dramatic escape from the war. He served as a career Navy man aboard the U.S.S. Vincennes. He was on board when it was sunk by the Japanese. Listening to the reports on the radio his family presumed he was dead.

Floating in shark-infested waters, he managed to survive but was greatly affected by the ordeal. He returned a gaunt version of his former self.

The war also took its toll on the last brother Jack. He served as part of the Sixth Marine Division in the Pacific and Alaska. He suffered from post-traumatic stress disorder. It took him years to recover.

In 2010, speaking with the Desoto Times, Bruce O’Neal felt that it was time to come forward and tell the story of his family. It is with stories like these that we remember Winston Churchill’s famous quote “Never was so much owed by so many to so few.”