When US President Abraham Lincoln delivered his famous Gettysburg Address on November 19, 1863, Dublin-born soldier Michael Gaffney was there to witness it. 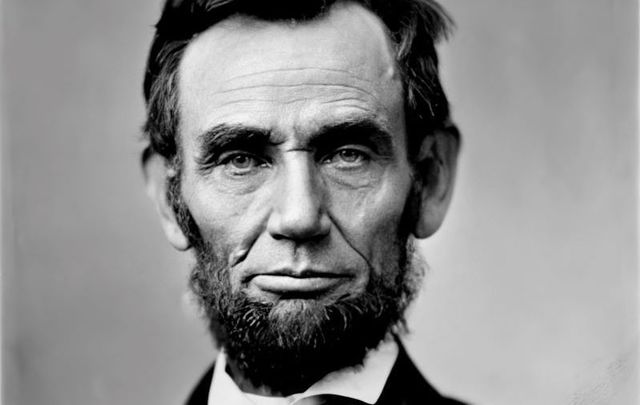 Born in Dublin, the Irish soldier who heard President Abraham Lincoln deliver the Gettysburg Address on November 19, 1863, died in New Jersey in 1938.

In April 1938, the New York Times and Gettysburg Times published news of the death of a 96-year-old veteran of the American Civil War.

Michael Gaffney’s passing was newsworthy in itself as the number of veterans was dwindling, but it was also claimed that the Irishman had been present when President Abraham Lincoln gave his famous Gettysburg Address almost 75 years before on November 19, 1893.

President Lincoln's famous speech was offered at the dedication of the Soldiers' National Cemetery in Gettysburg, Pennsylvania, a few months after the Union armies defeated those of the Confederacy at the Battle of Gettysburg.

Born in Dublin around 1840, Michael emigrated to the United States in 1853. During the war, he served in the 33rd Pennsylvania Volunteer Infantry, better known as the 4th Pennsylvania Reserve Regiment, enlisting on June 11, 1861, and mustering out with his comrades on June 17, 1864.

The Gettysburg newspaper covered the story with the headline ‘Vet Dies; Heard Lincoln.‘ The New York Times offered the most detailed report:

Special to the New York Times

West Orange, N.J., April 3. Michael F. Gaffney, 96-year-old veteran of the Civil War, died here last night at the home of his daughter, Mrs. William Conner of 28 Llewellyn Avenue, after a week’s illness. Born in Dublin, Ireland, he came here as a child and at 20 enlisted in a Pennsylvania regiment, with which he fought at Antietam, Bull Run, second battle; Gettysburg and the Wilderness. He heard Lincoln’s Gettysburg address. In the Eighteen Seventies, Mr. Gaffney served as a captain in the Fifth Regiment, New Jersey National Guard. For some years he was a stationary engineer in the employ of the city of Newark. He belonged to the Phil Sheridan Post, G.A.R., of Newark. Also, surviving are two other daughters, Mrs. Elizabeth Robshaw of Newark and Mrs. Margaret Crinnian of Brooklyn.

President Abraham Lincoln's Gettysburg Address, delivered on November 19, 1863, at the dedication of the Soldiers' National Cemetery in Gettysburg, Pennsylvania:

Four score and seven years ago our fathers brought forth on this continent, a new nation, conceived in Liberty, and dedicated to the proposition that all men are created equal.Now we are engaged in a great civil war, testing whether that nation, or any nation so conceived and so dedicated, can long endure. We are met on a great battle-field of that war. We have come to dedicate a portion of that field, as a final resting place for those who here gave their lives that that nation might live. It is altogether fitting and proper that we should do this.

But, in a larger sense, we can not dedicate—we can not consecrate—we can not hallow—this ground. The brave men, living and dead, who struggled here, have consecrated it, far above our poor power to add or detract. The world will little note, nor long remember what we say here, but it can never forget what they did here. It is for us the living, rather, to be dedicated here to the unfinished work which they who fought here have thus far so nobly advanced. It is rather for us to be here dedicated to the great task remaining before us—that from these honored dead we take increased devotion to that cause for which they gave the last full measure of devotion—that we here highly resolve that these dead shall not have died in vain—that this nation, under God, shall have a new birth of freedom—and that government of the people, by the people, for the people, shall not perish from the earth.

*Damian Shiels is an archaeologist and historian who runs IrishAmericanCivilWar.com, where this article first appeared. His book 'The Irish in the American Civil War' was published by The History Press in 2014 and is available here.