The American Civil War through the eyes of an Irish photographer

Timothy O’Sullivan was one of the best known and most prolific documenters of the American Civil War. 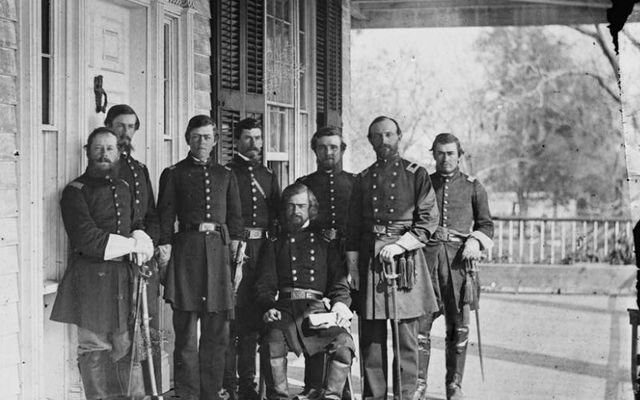 With much of his collection preserved in the National Library of Congress, Timothy O'Sullivan's works included snaps of Lt. Gen. Ulysses S. Grant and the Union Army.

Born in Ireland, Timothy O'Sullivan and his parents immigrated to New York when he was two years old (though some differing accounts of his life say he was born in New York). As a teenager, he was an apprentice to the Irish American photographer, Matthew Brady.

For the first year of the Civil War, O’Sullivan worked with Brady, and then in 1862 became assistant to colleague Alexander Gardner when Gardner moved to set up his own studio. Garder and O’Sullivan were among the first photographers to arrive at Gettysburg, and O’Sullivan, often traveling with the Union army, bore witness to many other key points in the war.

After, he journeyed west on a number of geological survey expeditions and even led his own expedition in 1873. In 1882 O'Sullivan died of tuberculosis. He was just 42 years of age. He is buried in St. Peter's Catholic Cemetery on Staten Island.

Some of O’Sullivan’s most famous images turned 150 in May 2014. In May of 1864, Lt. Gen. Ulysses S. Grant and the Union Army began the Overland Campaign, which aimed to wedge Union forces between the troops of Confederate Gen. Robert E. Lee and the Confederate capital of Richmond, Virginia.

The Library of Congress has a plethora of O’Sullivan’s images, recently highlighted by archaeologist Damian Shiels, who writes for the Irish in the American Civil War site. Click through to the gallery to see his captures of Grant and his officers as they set out on the campaign, Union High Command base at Massaponax Church, the aftermath of fighting at Spotsylvania, and more.

*Originally published in May 2014.