Joe Biden would not have become president but for the Kennedys 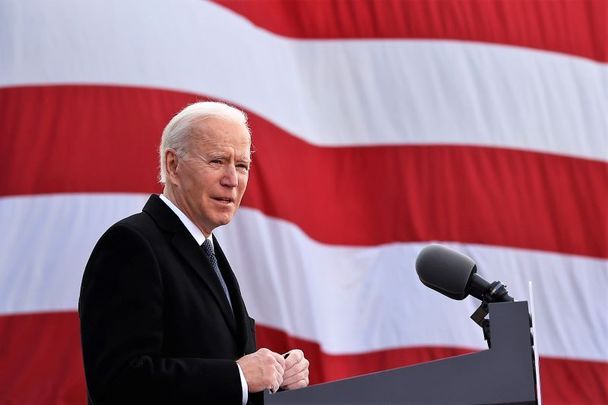 President Joe Biden, the Irish Catholic Senator, whose path has often crossed with the Kennedys. Getty

Sixty-one years later it is unlikely President Joe Biden would have made his own inaugural speech were it not for the influence of the only Irish Catholic president who came before him.

Biden attributes his decision to turn away from seeking the priesthood or becoming a wealthy lawyer to the election of JFK, in 1960, when Biden was impressionable, if unfocused 19-year-old.

In the book “Where Were You?: America Remembers the JFK Assassination”, by Gus Russo and Harry Moses,  Biden discussed what JFK’s victory meant to him and how it launched his own political career.

"I know this sounds strange, that Irish Catholics in the '60s would think somehow they were second class, but that's how it was. There was that sense of exclusion from certain areas of social and public life. “ 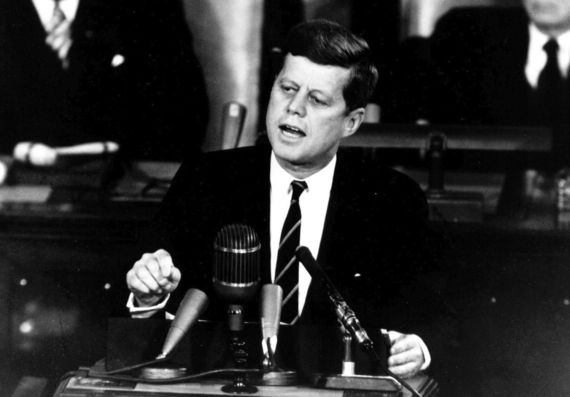 Biden realized he was suddenly alive to the possibilities of his own political ambition.

“When I think of Kennedy, I think about the notion of possibilities. There's nothing beyond our capacity. It's not naiveté; it's a sense of our capacity.”

Joe Biden was not alone in feeling the gravitational pull of JFK which has inspired generations of Democratic presidential candidates.

Bill Clinton credited Kennedy for firing up his political ambition when a youthful Clinton met with Kennedy as part of a high school delegation at the White House on July 23, 1963.

If JFK was Biden’s North Star then it was Robert Kennedy was the guiding light who showed how compassion and caring could reverberate in American politics despite all the cynicism.

It is interesting to note that it is RFK’s bust that now graces the Oval Office, not JFK.

A line from RFK’s impromptu speech on Apr 4, 1968, after Martin Luther King’s assassination, is said to deeply resonate with Biden and helped frame his inaugural speech.

After 1960 Biden was caught in the powerful undertow of the new young president and his brother who was a fearless Attorney General. Both dazzled the nation, especially budding young politicians. One of them was Joseph R. Biden.

He studied every move about Kennedy, how he dressed and spoke, his appeals to America’s better nature.

Biden’s own persona of always displaying political optimism was born after listening to JFK’s speech about putting a man on the moon, just seven years after John Glenn was the first American in space.

Biden replicated the Kennedy tactic when he first ran for Senate of holding coffee mornings, hosted by friendly female voters and organized by the Biden women. His sister, Valerie, has been his campaign manager in every one of his races and she understood how to maximize the Kennedy connection.

Like JFK, the 29-year-old Senate candidate had a huge following among younger women who were taken by his Irish charm and looks, as well as his prowess as an excellent wide receiver, known as “Hands” on his high school football team.

It was Valerie who years later re-invented the Biden home, his Delaware private residence, creating its scattered family living quarters which is based on Hyannis Port, the Kennedy compound.

The connection remains. If you walked into former Vice President Biden’s study at the Naval Observatory where he lived for eight years the major portrait was of JFK.

There are many other intersections, but there is no doubt how Biden would have answered Robert Frost’s admonition to Jack Kennedy, “Be more Irish than Harvard,” when JFK asked him for advice on how to present his presidency. Indeed, arguably Biden is more Irish than Kennedy who was, at the end of the day, also a dedicated Anglophile.

Throughout his life, Biden and the Kennedys crossed paths.  He never forgot the care and concern shown by Senator Edward Kennedy when Biden lost his daughter and wife and his two sons were seriously injured right before he was sworn in as Senator standing at his two sons hospital beds, in November 1972.

Again it was a Kennedy intervention that helped him overcome the incredible loss of his wife and child. Ted Kennedy, by then a master of the Senate, decided the young Delaware senator, to be,  would not throw away a promising political career to nurse his grief.

Here is a contemporary account of that sense of connection that Biden felt when eulogizing Kennedy in the Senate in 2009 where he gave a very emotional speech.

“It’s close to certain I would have never been sworn in as a United States senator if not for your father, your father’s encouragement,” he told the Kennedy children.

In the end, Biden became President because of the fact that the Kennedys opened the door of the White House to Irish Catholics and, while it took 32 years from his first run in 1988 to achieve his dream, Joe Biden finally crossed the threshold.

Somewhere the Kennedys were smiling.

* This article first appeared in The Irish Times.