Paul Whelan, a former Marine who holds passports in the US, UK, Canada, and Ireland, remains in prison in Russia after being charged with espionage last summer. 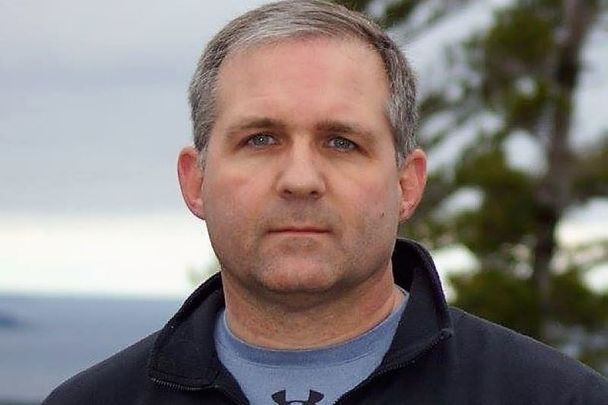 Top-level White House officials are calling upon Russia to release former Marine Paul Whelan, who holds passports in the US, UK, Ireland, and Canada.

White House Press Secretary Jen Psaki was asked during a press briefing on Wednesday what the US is doing to “secure the release” of Paul Whelan and Trevor Reed, another American imprisoned in Russia, and whether or not the two are considered hostages.

“We have a range of means of communications with the Russians at several levels,” Psaki said.

“We have a secretary of state who's now confirmed, we have a national security adviser, and we have a number of officials in the State Department, but I'll use this as an opportunity to once again call on Russia to swiftly release both Mr. Reed and Paul Whelan.”

When asked if sanctions or consequences against Russia are under consideration, Psaki said a review is being conducted by the National Security team about the relationship between the US and Russia.

You can watch the White House press briefing from February 3 here, with Psaki answering questions about Paul Whelan at 28:34:

Psaki's comments on Whelan come the day after Ned Price, the spokesperson for the US Department of State, said during a press briefing: "When it comes to Trevor Reed and Paul Whelan, we continue to be seriously concerned over the treatments of American citizens Paul Whelan and Trevor Reed.

"Both men traveled to Russia as tourists, were arrested, and were then convicted without credible evidence. We hope Russia will do the right thing and return them to their families in the United States. They have been deprived of their freedom for far too long. We’ll continue to speak out on behalf of those cases."

Paul Whelan, a former US Marine who holds passports in the US, Ireland, Canada, and the UK, was arrested in Moscow in December 2018 by the Russian Federal Security Service (“FSB”). His lawyers assert that he was framed when he was given a flash drive that he thought contained holiday photos, but actually contained classified information. Whelan, who maintains his innocence, has slammed his arrest as an "absurd political kidnapping."

Last June, Whelan was sentenced to 16 years in a maximum-security prison in Russia after being found guilty of espionage. In August, he was transferred from Moscow's Lefortovo prison to the IK-17 labor camp.

Paul's twin brother David told The Detroit Free Press this week: "The workshop is cold, usually close to the outdoor temperature ... and the work is mindless.

"Paul continues to be woken throughout the night — blankets pulled off, photos taken — as they continue to deem him a 'flight risk.'"

David Whelan further said: "The prison is currently preventing him from calling the US Embassy, but he is able to call the other embassies (UK, Canada, Ireland)."

On January 19, the day before President Biden’s inauguration, the Free Paul Whelan group said in a statement on Facebook: “We had hoped that there might be a possibility of Paul Whelan being released before the end of the Trump administration, but unfortunately, those efforts failed, and now we are turning our attention to Biden's team and getting them up to speed on his case.

“Luckily, Ambassador Sullivan in Moscow is staying on, as is Roger Carstens, the Special Presidential Envoy for Hostage Affairs. This is amazing good fortune, as these two are key to ongoing efforts and care deeply about getting Paul out.”

Upon Whelan’s sentencing last June, Ambassador Sullivan slammed the Russian trial as a “mockery of justice.”

On January 27, Congresswoman Haley Stevens, who represents Michigan's 11th District where Whelan is a constituent, penned a letter to National Security Advisor Jake Sullivan “urging him to take immediate action to ensure the swift and safe release of Mr. Whelan.”

For 2 years, my constituent Paul Whelan has been wrongly imprisoned in Russia without basic rights. Today, I sent a letter to National Security Advisor Jake Sullivan urging him to take immediate action to ensure the swift and safe release of Mr. Whelan.
Read the full letter: pic.twitter.com/GHrHiVp42H