Paul Whelan's sentencing has been denounced by the US Department of State and the US Ambassador to Russia. 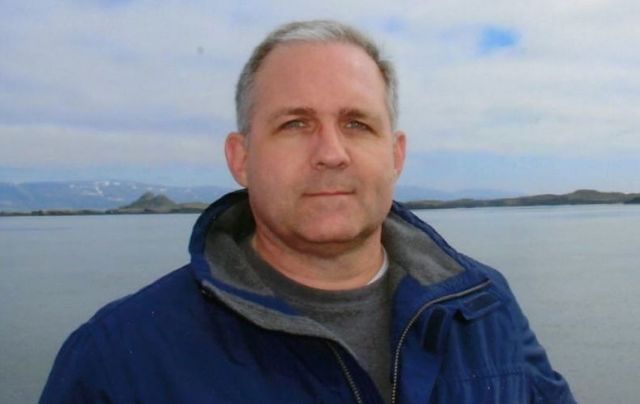 Paul Whelan, who holds an Irish passport, has been sentenced to 16 years in a maximum-security Russian prison. FreePaulWhelan.com

Paul Whelan was arrested in Moscow in December 2018 on suspicion of espionage, a charge that he denies.

Paul Whelan, a former US Marine who holds passports in the US, Ireland, Canada, and the UK, has been sentenced to 16 years in a maximum-security prison in Russia after being found guilty of espionage.

Whelan, who was born in Canada but moved the US with his family as a child, was arrested in Moscow in December 2018 by the Russian Federal Security Service (“FSB”).

Whelan's lawyers assert that he was framed when he was given a flash drive that he thought contained holiday photos, but actually contained classified information. Whelan, who maintains his innocence, has slammed his arrest as an "absurd political kidnapping."

In the courtroom on Monday, June 15, Whelan called out to reporters from inside the glass defendant's cage: “This is slimy, greasy, rubbish Russian politics — nothing more, nothing less."

He added: “I need the president of the United States and the prime ministers of Canada, Ireland, and England to act decisively to end this political charade."

Sarah Rainsford, the BBC Moscow correspondent, shared this picture on Twitter of Whelan from inside the defendant’s cage in the courtroom in which he is holding up a sign that reads: “Sham trial!;” “Meatball surgery!;” “No Human Rights!;” “Paul’s Life Matters;” “Decisive action from President and PMs Needed!”

Ex US marine Paul Whelan denounces ‘sham trial’ ahead of verdict in his trial for espionage. pic.twitter.com/RZ0rnkh0q5

Footage shared by the Associated Foreign Press from inside the courtroom on Monday shows Whelan saying: “Nothing’s translated, your honor, I don’t know what to tell you.”

Read More: Former Marine being held in Russia appeals to US, Ireland for help

After the sentencing was handed down on Monday, Whelan’s supporters shared a statement on the “Free Paul Whelan” Facebook page: “Paul Whelan was convicted of espionage today and sentenced to 16 years hard labor. But it was the Russian legal system that was found guilty of injustice. Entrapment by FSB Major Ilya Yatsenko to gain his own promotion. Investigator Alexei Khiznyak's incompetent 9-month investigation into a person Russian authorities said was caught "red-handed." Prosecutor Milana Digayeva brought the legal profession into disrepute by seeking a harsh prison term because Paul insisted on his innocence.

“The court's decision merely completes the final piece of this broken judicial process. We had hoped that the court might show some independence but, in the end, Russian judges are political, not legal, entities. We understand that Paul's lawyers may appeal this decision within the next two weeks. We hope that, in their continued search for justice for Paul, that the appeal is successful. But Russians do not expect justice from their legal system, and neither do we.

“Our family will continue to fight for Paul's release. The Russian government has been clear, through statements from the Ministry of Foreign Affairs, that it expected to extract concessions but that Paul's inclusion in those discussions would only happen after a conviction. That time is here.

“We look to the U.S. government to immediately take steps to bring Paul home. We will continue to work with members of Congress and the State Department to advocate for Paul's freedom and protect his human rights until he is free. We will rely on the help of David Urban, who is able to have conversations in the White House that our family cannot. And we will look to President Trump, who alone can act to bring Paul home. We hope he will do so swiftly.”

Paul Whelan was convicted of espionage today and sentenced to 16 years hard labor. But it was the Russian legal system...

In a statement issued on Monday, US Secretary of State Mike Pompeo said: "The United States is outraged by the decision of a Russian court today to convict U.S. citizen Paul Whelan after a secret trial, with secret evidence, and without appropriate allowances for defense witnesses. We have serious concerns that Mr. Whelan was deprived of the fair trial guarantees that Russia is required to provide him in accordance with its international human rights obligations.

“The treatment of Paul Whelan at the hands of Russian authorities has been appalling. Russia failed to provide Mr. Whelan with a fair hearing before an independent and impartial tribunal; and during his detention has put his life at risk by ignoring his long-standing medical condition; and unconscionably kept him isolated from family and friends.

John Sullivan, the US Ambassador to Russia, has long condemned the proceedings. On Monday, he said:

Ambassador Sullivan: Today, #PaulWhelan was convicted and sentenced to 16 years in prison in Russia. This secret trial in which no evidence was produced is an egregious violation of human rights and international legal norms. @mfa_russia pic.twitter.com/cPCh3Sflfn

Ambassador Sullivan: The United States demands that U.S. citizen #PaulWhelan be released immediately. His conviction is a mockery of justice. The world is watching. @mfa_russia