There are no grounds to impeach President Trump

Given the current evidence against President Donald J Trump, his affair coverups and links to Russia, even this lifelong Democrat can't see how the US President can be impeached. 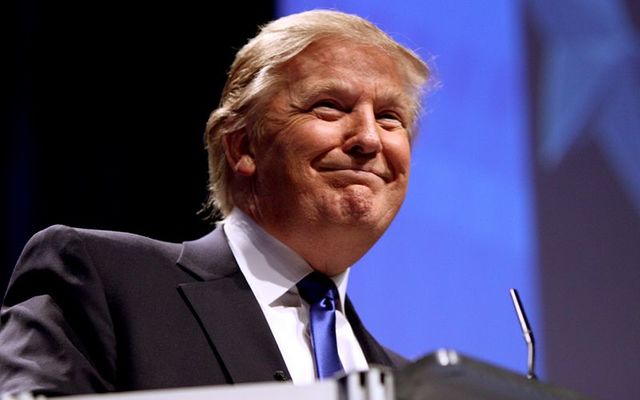 Given the current evidence against President Donald J Trump, his affair coverups and links to Russia, even this lifelong Democrat can't see how the US President can be impeached.

I’m sorry even as a lifelong Democrat I’m not buying the impeachment argument about Donald Trump.

If all we have is a claim of impeachable behavior because he tried to pay off two willing ladies and somehow transgressed campaign finance laws, then I’m not buying it.

Creepy behavior maybe and a stupid attempt at a cover-up but show me a married man who hasn’t lied about an affair or tried to cover one up and I’ll show you a very rare bird.

The prosecutors claim that President Donald Trump’s lies about sex and his efforts to confuse them amount to high crimes.

I didn’t buy it when the woman was Monica Lewinsky and the president was Bill Clinton and I don’t buy it now when it's Stormy Daniels rocking the ship of state.

If Democrats disappear down the rabbit hole, they will emerge with dirt on their faces for 2020.

This is not a Nixonian crime where burglars were hired to break into Democratic Party headquarters and later paid off to keep quiet. The extent of the crime is very obvious there.

But impeachment over covering up affairs?

I mean George Bush Junior did far, far worse, using fake intelligence to start a war in Iraq that has killed millions and continues to this present day,

He seems to have erased all that by crying over his dead father and handing Michelle Obama some mints. How cute we think, as the Middle East, especially Syria, remains in flames.

The Russian issue is a far different one. There is increasing evidence that Trump was back-channeling Moscow, seeking a special deal for a new Trump Tower even while running for election.

That is certainly dangerous behavior and if he was in on the efforts by the Russians to influence the 2016 election then it’s game on for impeachment.

Impeachment is about public opinion as much as law. Clinton survived because the US Senate knew the American public was not buying it (especially when two of his chief accusers, Newt Gingrich and Bob Livingston, were carrying out adulterous affairs themselves).

They won’t buy it if it’s about covering up affairs now either.

But if the Russians have Trump by the tail and lured him into compromised positions where he and his associates knew President Vladimir Putin’s people were illegally helping Trump win an American presidential election that is a much closer call. It is not too farfetched to call such behavior potentially treasonous.

As New Yorker magazine recently brilliantly exposed, the Russian strategy is totally based on “kompromat”, the ability to have someone in power dependent on you because you have the goods on them.

The Russians certainly appear to have some sort of hold over Trump. Only Trump and his family really know, and Bob Mueller is trying every trick to find out but right now there is no proven case.

Seeking to remove him from office is a massive step that cannot be taken lightly.

Right now, the right way to do it is via the ballot box in 2020. Unless there is significant new evidence coming from Mueller that should not change.