Could Trump be removed by the 25th amendment, drafted by a son of Irish immigrants? 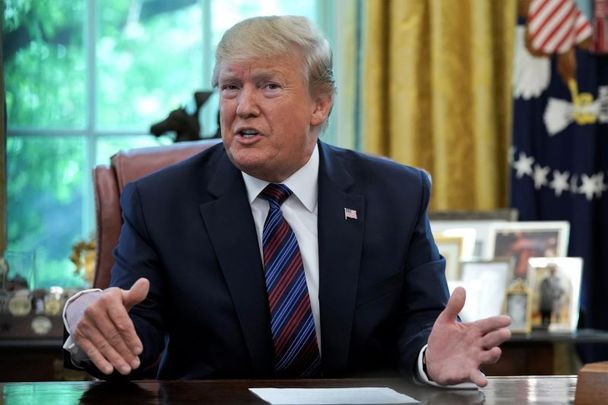 President Donald Trump: The "chosen one" who this week failed to buy the country of Greenland. Getty

You will hear a lot about the 25th Amendment to the United States Constitution these times with speculation in some parts that President Donald Trump may be removed from office under its provisions.

It would take the Vice President and over half the cabinet to agree as well as two-thirds of both Houses of Congress, but it could be done if there were clear signs of mental instability or a physically debilitating illness.

In a week when Trump called the Danish leader "nasty" because they refused to sell him the country of Greenland, he said that the people of Israel consider him the "second coming" and he called himself the "chosen one" to take on China the internet erupted with called for use of the 25th Amendment.

George Conway, the husband of counselor to the President Kellyanne Conway, tagged a tweet to his 642,000 followers:

"So, Mr. Vice President, members of the Cabinet, members of Congress, what’s it going to take for you all to acknowledge what you and we all know: that the President of the United States is mentally unstable and unfit to serve?"

This talk has cast light on an amendment which was written in most part by a son of poor Irish immigrants, from Ballinrobe and Foxford, in Mayo. 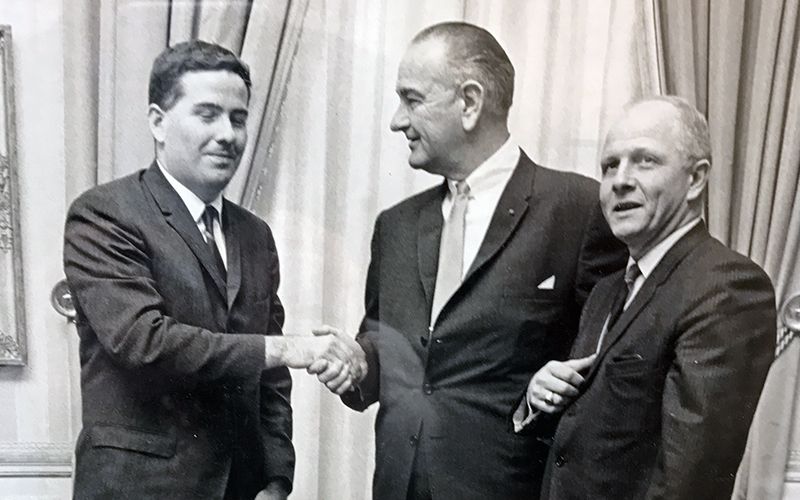 Truly, the quietly spoken son of Mayo has done the state some service, though from his Fordham Law School office with its wonderful view of Manhattan, he demurs and deflects the praise.

His book “From Failing Hands: The Story of Presidential Succession” is the core work, so well argued it was nominated for a Pulitzer Prize when it was released.

Readers may think that all seems so obvious, yet as recently as 1963 when President Kennedy was assassinated there was no mechanism to appoint a vice president once Lyndon Johnson stepped up to the presidency.

The amendment has been used by Ronald Reagan, handing over his powers temporarily to the VP George Bush senior after being shot. It was also used by George W. Bush when he underwent surgery, handing temporary control to VP Dick Cheney.

Modest to a fault, Professor Feerick, 80, waves away the credit, but there is no doubt he was at the heart of creating the vital amendment. President Johnson asked him to the signing in the Oval Office, a moment he cherishes deeply, though he just made it after a delayed plane flight.

About the amendment he states:

Even if he had never written the amendment Feerick would paint a striking picture of an amazing success story for a son of Irish immigrants.

Low income is something John Feerick understands. His mother cleaned the houses and apartments of the rich after coming to America. His father was a construction worker who toiled on projects such as the Midtown Tunnel in order to provide for his fast-growing family. After serving in World War II he came home to his family in the Bronx and became a bus driver.

Their son made that great leap that Irish immigrant sons often do. Bright as a button, he decided on Fordham Law School and over 60 years later he has never regretted that move.

One week before the Kennedy assassination in November 1963 Feerick had written a scholarly essay on presidential succession. When Kennedy died and it became apparent there was no provision for a Vice President, Feerick’s article became the focus of legal scholars politicians and public alike. A constitutional minefield had suddenly opened up and action was needed urgently.