Could a White House bid be in order for Irish American Gavin Newsom, who swiftly won the California gubernatorial recall election this week? 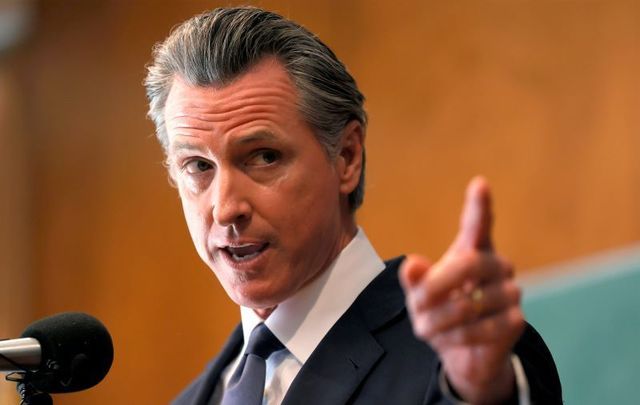 Gavin Newsom, following his smashing victory in the California recall race this week, is a politician who might well be a future Irish American contender for the White House.

The Irish interest is certainly there. His father, Judge William Newsom, was chairman of the Irish Forum, a very active local San Francisco Irish American group that brought over speakers from Ireland to discuss the Northern Irish conflict in the 1980s.

At the time, I was living in California and knew the judge well from his Irish activities. He was far more than a judge, more like a prince of the city, a key figure in numerous civic issues.

Ironically, it was the Republican challenge to Governor Newsom that has reignited his son Gavin Newsom’s career after he looked unlikely to have a national political future.

But people have written off Newsom before to their regret. He is a resilient politician well used to fighting back.

Gavin Newsom grew up in the San Francisco Bay Area in the strangest of circumstances, an “Irish Catholic rebel,” to quote himself. His father had the extraordinary habit of giving all his money away. William Newsom was separated from his wife, which meant Gavin and his sister grew up with a single mother who worked three jobs to support the family after divorcing her husband.

It was a struggle. Gavin had severe dyslexia and down to the present day has difficulty reading speeches and sometimes, even with writing. He was placed in special ed in high school.

Judge Bill Newsom though had a special friend from high school called Gordon Getty, the richest man in America at one point in 1983 and so named by Forbes Magazine. So close was Newsom to the Getty family that he was detailed to fly to Italy with the payment for the ransom note when the grandson of J Paul Getty, Gordon's father, and a skinflint billionaire, was kidnapped and had his ear chopped off because the family was not moving fast enough to pay the price for freeing him.

So close were the families that Gavin Newsom became practically an adopted child of Gordon Getty. From a hardscrabble life to one of great opulence, Gavin Newsom had a head-spinning childhood but the Getty name proved a powerful aid when he ran for office and needed money.

He had become successful himself starting a wine business called PlumpJack wine stores but politics always attracted him. It was in the blood. Newsome was elected mayor of San Francisco at age 36  in 2003. He will always be remembered for what he did next whatever trajectory his political career takes.

He declared his support for gay marriage at a time when it was banned in almost every state and a federal law entitled the “Defense of Marriage Act” slapped a federal ban on it too. He opened up the City Hall marriage bureau to gay couples who wished to wed and even officiated at some himself.

He was roundly excoriated by Democratic Party elders and his political career was written off by many. He stuck by his guns, however, and thousands got married and helped create the public debate around the issue of same-sex marriage.

He told USA Today, "I'm the least likely person to be pushing (gay rights), raised by nuns and priests, being from an Irish Catholic family. Maybe I should let go of it, but I can't. It's a core belief in my soul."

Ann Getty, wife of Gordon Getty saw the enormous struggle and hatred aimed at Newsom because of his move "When you are working that hard, and you have principles, and if you're Irish, the world's going to break your heart."

Now it looks like the shrewdest move any politician could have made. An unsuccessful run for governor followed but he was elected Lieutenant Governor and now is the governor who shoved his Republican critics aside and won the recall so easily. It almost certainly means a victory in November 2022 when he runs for a second term as governor.

Beyond that, there will be much speculation. Perhaps even a White House bid in 2024 after six years in office if Biden decides not to run which would open up a frantic race to succeed him.