The lack of new emigrants from Ireland after 175 years means that the first-hand contact with Ireland may be lost forever. 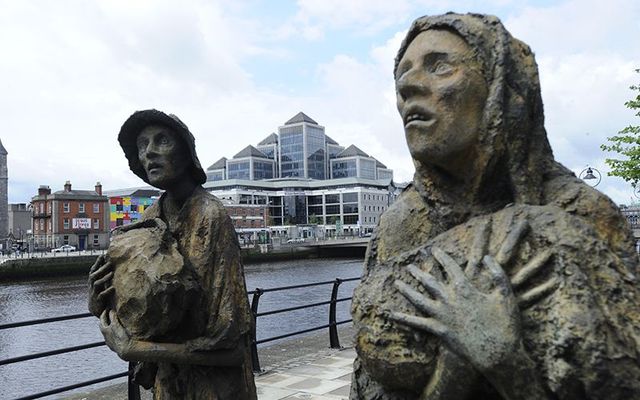 The lack of new emigrants from Ireland after 175 years means that the first-hand contact with Ireland may be lost forever.

Given the current US immigration climate, there is little doubt we are looking at the end of mass Irish migration to the US almost 175 years after the Famine.

At one point the Irish were pouring in at the rate of 20,000 a month, now a few thousand a year come legally. Legal emigration in any significant numbers is over.

Thus, the notion of the American-Irish diaspora, this unchanging 35 million Americans of Irish descent, is no longer valid.

An open question is how many of the eight or so Government Ministers who will travel to America for this St. Patrick’s Day know this? Does the Taoiseach?

On the surface, St. Patrick’s Day 2018 in the US will look familiar. Sure, there will be the usual ballyhoo and the green carpet will get rolled out, but a different diaspora is in the ascendant.

The trickle of immigration to the US for the last 30 years means that within a generation, the important and close-in attachment to Ireland will be gone.

First-generation Irish-Americans will begin to fade further over the horizon; a distant cadence once so powerful and strong. It will fall to further-out generations of Irish-Americans and the Irish government to form a new consciousness.

There will no longer be a generation of Americans brought up in homes where there was first-hand experience of Ireland and the Irish, where first cousins met, where an unbreakable bond was established that was of immense value to Ireland.

We will be in uncharted territory where a more distant connection will be the reality. It will require a very different perspective. It will no longer be taken for granted that “Paddy Boston” and “Paddy New York,” with family in tow, will always come rolling home on Aer Lingus.

Successive governments have given very little indication they are aware of the problem. The appointment of a minister of state with responsibility for the diaspora and an emigrant Senator by Enda Kenny was a start, but there appears to be little funding of the junior ministry and one representative between the Dáil and Seanad can only do so much.

Read the results of the survey here

Those are startling numbers. The Irish Government and people are custodians of the diaspora, the very bones of our history and worldwide reach. It is a serious undertaking and mission to keep the bond intact. Ireland’s prominent place in the American mindset owes much to the continuance of the diaspora.

What the diaspora often gets instead is a surly old stereotype from many key Irish players of the importance of the Irish abroad. “Ah sure we have them anyway” is a very common response.

There are very few diaspora voices on key bodies involving Irish business, travel and tourism. New gateways to Ireland are opening up everywhere and the dollar is very strong, which leads to a false sense of security, but without that vital diaspora link we might as well be Belgium or Holland, countries with no recognizable footprint abroad.

A diaspora can die. Ask Germany what happened to the German-American diaspora, non-existent practically, or how the Italian-American image has become so completely corrupted by the Mafia stereotypes that many Italian-Americans prefer not to be identified as such.

What is needed is not contests to create a diaspora stamp, which has been one of the recent suggestions, but a completely fresh look at how to approach the new generations of Irish-Americans. They have very high-income levels, are interested in travel but need that Irish latch to spring.

The Amarach survey shows a potential way forward. Social media is the preferred option for 85 percent of the under-45 generation.

The need for a powerful, united Irish Government output of information, insight, travel stories, history lessons and genealogy information has never been greater, a program giving insight and access to where to acquire more knowledge.

There has been a commendable effort to expand the Irish Government Twitter feed to one million people. Recent diaspora conferences have been of some use but too often ended up as talking shops. A half-hearted effort for a “Birthright” camp based on the Israeli model of exposing young Jews to Israeli culture decamped after just one year.

The Gathering, however, did in one year what had not been accomplished ever, pulling together the worldwide family with stakeholders on both sides of the Atlantic with a simple, unified approach that paid off in spades by simply asking Irish-Americans to come to Ireland.

The need for a combined Irish approach with the proper branding, message and resources is key. Why is it so important?

Ireland’s continued footprint in America is vital. Where would Ireland be without men like Chuck Feeney, the American philanthropist, investing $2 billion in Irish higher education or the key role of Irish America first linking president Bill Clinton to the cause of peace in Northern Ireland?

These interventions and individuals did not appear out of the ether – in all cases, Irish outreach had a major impact on their decision-making. Who is out there reaching the next generation of Chuck Feeneys?

There needs to be a recognition of what is about to happen and how to reach the generations who do not have an immediate tie to Ireland. Misunderstanding or downright ignoring the seismic change is not the right answer. The bond must not break, yet it faces its most serious crisis.

* Niall O’Dowd is Founder of IrishCentral. This article first appeared in The Irish Times.

Read more: Donald Trump’s mother came from a “sh**hole” place by his standards