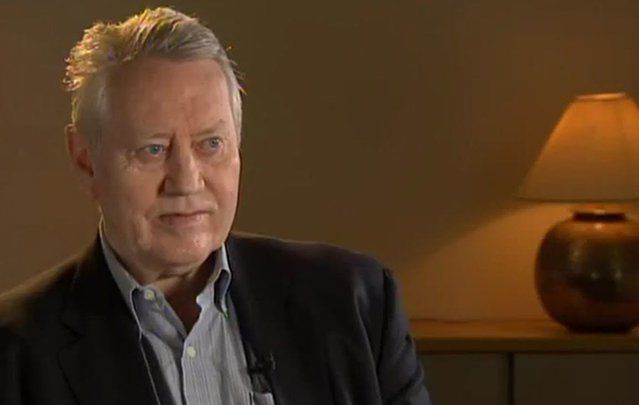 Feeney, the Elizabeth, NJ Irish American, became known worldwide for his refusal to take any credit for his good deeds and his “Giving While Living” philosophy which inspired Warren Buffet and Bill Gates to follow suit.

Irish leader Leo Varadkar TD met with the board of The Atlantic Philanthropies during today's meeting.

Atlantic’s grant-making is now complete with the total amount awarded at $8 billion (€6.6 Billion) of which $1.6 billion was allocated to projects in Ireland, including Northern Ireland.

The Taoiseach said: “There is enormous respect in Ireland for the works of The Atlantic Philanthropies." He credited Atlantic’s role across the areas of healthcare, third-level education, and the promotion of equality in Ireland. Referring specifically to Atlantic’s contribution to peace-building in Northern Ireland, he said: “It is still a fragile peace but I believe people in Northern Ireland have more in common than they have points of difference.” He told the board that Atlantic’s support for the LGBT community here had helped change attitudes.

Taoiseach Leo Varadkar met with the board of Atlantic Philanthropies in Dublin today. pic.twitter.com/Qr98kPQgC8

Atlantic Philanthropies is dedicated to advancing opportunity, equity, inclusion and human dignity. The organization was established in 1982, when founder Chuck Feeney quietly committed virtually all his assets to the foundation.

Read more: After giving $2 billion to Ireland, Chuck Feeney ends his philanthropy there

The Atlantic board meeting, which started today, is its final meeting in Ireland, and will continue until Wednesday. In Dublin, board members will focus on Atlantic’s final group of grant.

The board of Atlantic consists of:

Founder Chuck Feeney sent a message in which he expressed his hope that Atlantic’s grant-making in Ireland—which he described as “seeds now sown”—will “bear the fruit of good works well into the future.”

He added, “Ireland has always been, and remains, a very special place for me and for Helga. We have been blessed to know and work with so many exceptional people and organizations.  We are deeply grateful to them for providing us an opportunity to make a lasting difference in the lives of others.”

Had the privilege to speak at Atlantic Philanthropies board meeting today, now almost 30 years in operation pic.twitter.com/nSJ0vjIx35

Commenting on Atlantic’s grant-making in its final years, Christopher G. Oechsli, President and CEO of The Atlantic Philanthropies, said that the foundation’s goal through the Atlantic Fellows for Equity in Brain Health at GBHI, “is to create a generation of leaders around the world who have the knowledge, skills and drive to change both the practice of dementia care and the public health and societal forces that affect brain health.

“All of us who have worked for and with Chuck and Atlantic have been privileged to steward Chuck’s wealth to realize his life’s vision of making Ireland and the world a better place.  Our wish is that others will be influenced and inspired to do more of the same,” he added.