Niall O'Dowd reflects on the historic day in 1991 that Mayor David Dinkins marched alongside an LGBT group in the NYC St. Patrick's Day Parade. 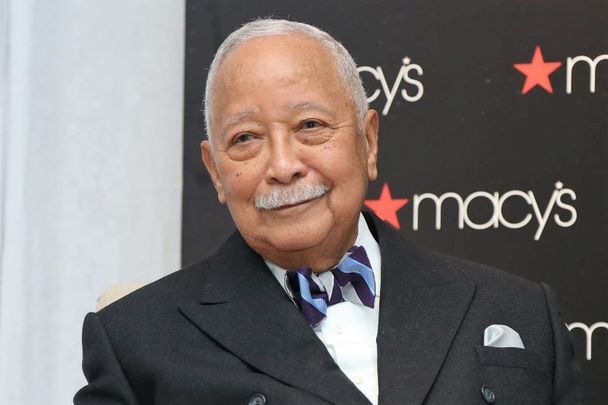 David Dinkins, who served as the mayor of New York City from January 1990 until December 1993, passed away on November 24, 2020 at the age of 93. His death brings back into focus one of the most extraordinary St. Patrick's Day parades in New York City history.

It was not Irish America’s finest hour, and I remember it well as I marched alongside Mayor Dinkins and Paul O'Dwyer, the legendary civil rights lawyer who got plenty of abuse too. I was editor of Irish Voice and Irish America Magazine at the time and this was a unique opportunity to embed inside a huge breaking story.

It was a time when young Irish were flooding into America, economic refugees essentially, but they were a far more modern and educated breed than their counterparts in the 1960s. There were many young gay men and women among them and they soon demanded a voice.

There was also the scourge and fear of AIDS, the pandemic of that time, a deadly virus that was the second leading cause of death for young men between 25-44.

The gay issue in the community arose after it became apparent that many young Irish were isolated, some positive for the virus, but deeply afraid to come forward.

A public meeting was held, convened by our publication The Irish Voice, and an astonishing 300 or so people showed up.

Born out of that was the Irish Lesbian and Gay Organization, which sought New York City's annual Saint Patrick’s Day parade in 1991 as their benchmark for inclusion.

That development did not sit well with the Saint Patrick’s Parade Committee as conservatively Catholic and old fashioned a group of elderly men as you would encounter.

They blocked the gays marching, but within the AOH there was one unit, Division 7 from Brooklyn, almost all Irish Americans, which exhibited support for the marchers under the auspices of free speech.

Thus was born the infamous Division 7 invitation to the ILGO to march behind the Division 7 banner.

Liberal voices in the community suddenly had a home. Mayor Dinkins, as gentlemanly and smooth an operator as you could find, quickly agreed to march with them. A Black mayor and marching with Irish gays as hysteria about AIDS spread was a sure recipe for confrontation.

At Irish Voice, we argued ILGO should be allowed march and that the day belonged to all Irish. (Little did we know just what was going on within the bowels of the church with pedophile priests rampant in many parishes.)

Amazingly, as Division 7 and ILGO members began their march around 46th St and Fifth Ave, there was near silence from the crowds, but as we passed by the 60th street entrance to Central Park, the crescendo began.

Some, not all by any means, in the crowd began screaming abuse and giving the thumbs down. Then came the beer cans, raining down from all sides. The banners held aloft were disgusting in some instances, wishing death on gay men and using the language of racism and hate.

Through it all, Mayor Dinkins marched steadily, eyes straight ahead, purposeful, dignified. Beside him waked O'Dwyer, his always snow-white mane of hair setting him apart.

"What coward would throw a beer can into a crowd," Dinkins said afterward.

As the crowd thinned out, and any injuries were minor, we began to breathe again, but there was one more ugly surprise to come.

At the reviewing stand on 80th Street and Fifth Avenue, the AOH leaders, men in tall hats some with shillelaghs and shamrocks fastened on their coats, did a volte face as the Division 7 marchers approached and turned their backs on them.

An act of Christian charity it was not, but little else was that bright March day.

But the binding memory will be Dinkins, aloof and erect , eyes forward, marching for justice. The role became him well and he lived to see full acceptance in the parade for gays just a few years ago. He helped light the flame.

30 yrs ago Mayor David Dinkins marched- in the face of opposition- with an Irish LGBT Organisation, ILGO, in NYC's St Patrick's Day Parade. His leadership & solidarity helped build progress towards a more inclusive sense of Irishness and towards Irish participation in @NYCPride pic.twitter.com/TmCSJ7bzZk