Niall O'Dowd spoke with the Irish broadcaster Charlie Bird, battling motor neuron disease about fundraising and, of course, US and Irish politics. 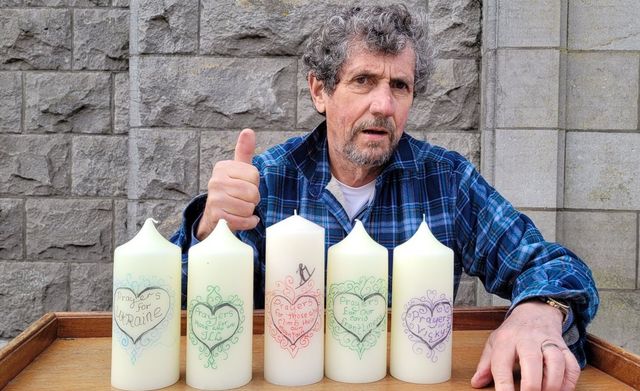 This is Charlie Bird. Irish Voice.

Charlie Bird battling a devastating disease, with the nation of Ireland behind him, spoke about his fears of Trump politics and the possibility of a United Ireland during his recent New York visit.

The worst nightmare for famed Irish broadcaster Charlie Bird would be for Donald Trump to get back in power, or some other right-wing leader.

“The divisions seem to be getting bigger all the time” Bird said as we met in his hotel in Manhattan, last Friday, making it crystal clear he saw Trump as the biggest danger to democracy in the United States' history.

After covering conflicts all his working life Bird (72) Ireland’s most famous journalist, has now taken on a huge battle of his own.  He and his wife, Claire, have faced a massive new challenge after Charlie’s tough medical diagnosis of motor neuron disease, which he was diagnosed with last October.

Charlie and Claire were in New York last week to attend the Fitzpatrick Hotel charity golf tournament and inform Irish America of the battle he has launched on behalf of motor neuron disease patients, of which he is now one.

Bird is still walking but has lost his voice, the most distinctive one in Irish media. The voice may be stilled but due to marvelous technological advances, he can communicate in his own voice through a small recorder. 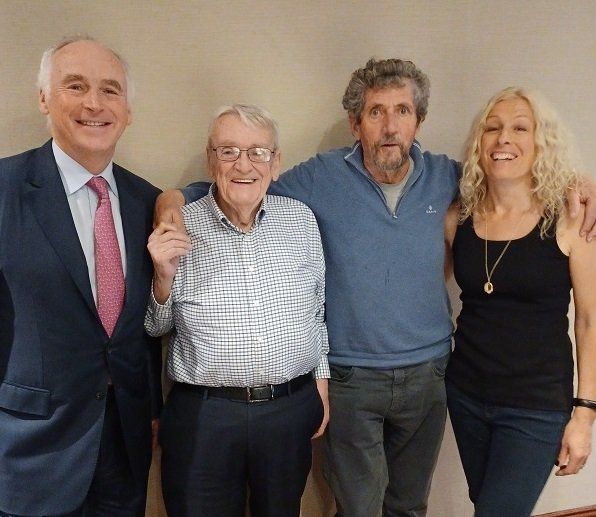 After his diagnosis became known Bird has become more popular than ever and raised an astonishing €3 million for motor neuron research and the suicide prevention group Pieta House.

It is no surprise at all that Charlie would not take his diagnosis lying down. For decades he was the classic foreign correspondent, reporting from the front lines but always ensuring that the stories of civilians caught in a war’s crossfire were told. He was also an ace reporter on Northern Ireland, often times the only trusted journalist by Sinn Féin.

He was the most popular reporter in Ireland and when he retired he left a huge void, never filled.  Bird embarked on a new career as founder of Senior Times, a publication aimed at the older Irish reader which was going well until he fell ill. 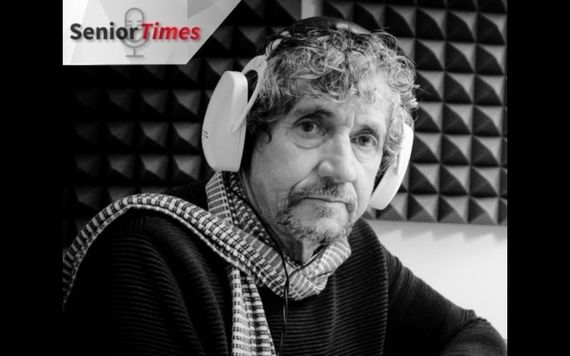 A promo shot of Charlie Bird for Senior Times.

Within weeks of the dire diagnosis, he had organized a massive worldwide “Climb With Charlie” event, centered on climbing Croagh Patrick in Co. Mayo. Bird reckons up to 6,000 people took part.

There were “Climb with Charlie” clubs all over the world; the group in New York climbed Bear Mountain.  Celebrities stepped up. Matt Molloy of The Chieftains played the flute at the top of the mountain, country singer Daniel O’Donnell sang, Bono and many other artists pledged their support.

It seemed after Charlie’s emotional plea for help the Irish, locked indoors for months by the pandemic, took the opportunity to climb a mountain outdoors for a worthy cause.

Bird remembers having nightmares that he could not raise the original €1 million. In the end, he blew past that figure.

The outpouring of support and kindness was amazing, he remembers, people from all over Ireland asking to become involved. 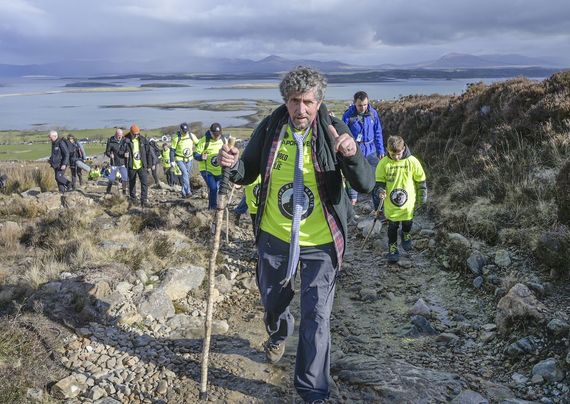 Bird is still remarkably connected to what is happening in Northern Ireland, and he shared some of those insights with me.

As for the much-touted border poll, he does not see it happening in the immediate future, and it may be “20 years off,” he feels.

“Yes, Sinn Fein will get into power over the next two Irish elections,” he believes, but he says there is no guarantee a border poll would lead to a united Ireland.

In the immediate sense, Bird says he has real worry about the stance of the Democratic Unionist Party, on Brexit, especially with British Prime Minister Boris Johnson in power. He believes it may be a couple of generations before an agreed peace and settlement of all issues is achieved.

Journalists are usually not on top of most people’s lists of admired figures. Long before his illness, Charlie Bird had broken that code.

As he faces the battle of his life he has a nation behind him. It must be a remarkable feeling.

As he left New York his mantra was the same - keep fighting, even when the odds look bad. He is a profile in courage.