The "Climb with Charlie" has raised over $2.5 million and as the former TV reporter faces his hardest battle he must surely be buoyed by his support and what he's created. 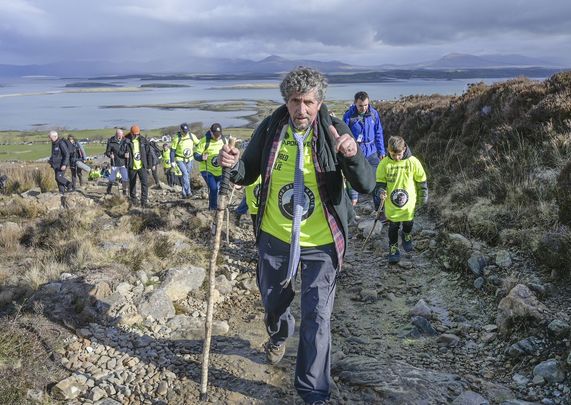 Charlie Bird at the top of Croagh Patrick on Saturday. RollingNews

Charlie Bird has never flown higher. The most famous Irish news journalist of his era immediately went out and raised $2.5 million for motor neuron disease research efforts after he learned he had contracted the deadly disease himself.

There was no retreat into the shadows, no “woe is me” lament.  Rather, there was a full on response taking aim at the disease for which there is no cure.

Bird rounded up thousands of Irish to support the cause, and many of them tackled climbing Croagh Patrick in Co. Mayo alongside him on Saturday.

Croagh Patrick is a 2,500 feet steep mountain, fourth highest in the province of Connacht and a tough enough test for the fittest of men and women.

Charlie may have motor neuron disease but it didn’t stop him reaching the peak, both of the mountain and perhaps his life, by making it to the top unaided.

Anyone who knows Charlie well had no doubt he would make it. Throughout his career he displayed an ability to get it first and get it fast when it came to a big story. He began as a raw young reporter in 1980 and retired a legend in 2012.

He was reporting at the height of The Troubles, the 30-year conflict that defined the island of Ireland from 1968 to 1998, and the signing of the Good Friday Agreement.

It was a very difficult time to be a journalist, not least because the main TV and radio station, RTE, was government-controlled. 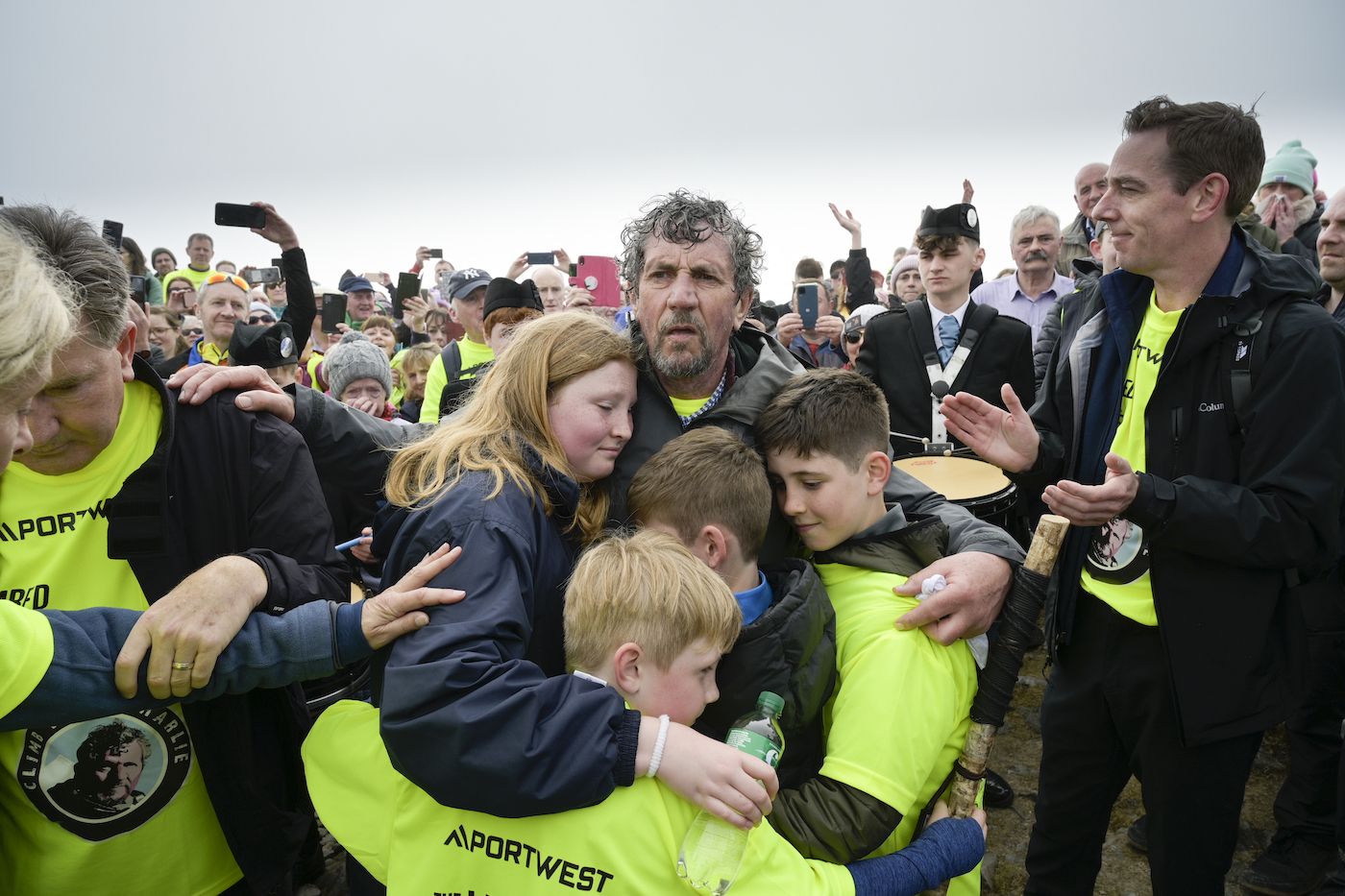 Charlie Bird at the top of Croagh Patrick photographed with Daniel O'Donnell, his wife, his grandchildren and Ryan Tubridy.

When it came to Northern Ireland there was a Putin-like attempt to suppress the news from the North by a powerful cadre within RTE.  The feeling was to keep away the war from “down here,” meaning the Irish Republic, and to prop up the unionist view of the conflict as a brave fight against Irish terrorism.

The anti-free speech writ ran large in RTE. There was a complete ban on interviews with IRA or Sinn Fein members.  When Jennie McGeever, a former U.S.-based journalist, had a brief few words with Sinn Fein’s Martin McGuinness and it slipped past the censors, she was immediately fired.

There was one journalist only who insisted on press freedom and pushing the boat as far out as he could, and that was Charlie Bird.  His reporting was never pro-Sinn Fein.  He earned their trust and broke many important stories.

At one point he was the only reporter RTE had who spoke to Sinn Fein and was sufficiently trusted by them to get their version of key events reported on the air.

It seems almost laughable now that access to one of the main players in Europe's longest ongoing conflict was so blacked out that it was dependent on one man, Bird, to do his job fearlessly and without favor.

“This is Charlie Bird” was his call sign, and a nation knew to lean in and listen intently when he came on air as the pace of the peace process quickened.

In-person Charlie was a real live wire, always in motion for the next story just over the horizon.  He did incredible worldwide stories, especially a famous one from the Arctic where he befriended a friendly sea lion who flopped down beside him on air.

Even retirement never stopped him as he set up an online publication called Senior Times which gave a voice to older Irish people.  I was delighted to be interviewed on it recently and to find Charlie on top of his game.

Soon after came the awful news and Charlie became the old Charlie again, leading a crusade and a cause. And the Irish, as they always do, responded enthusiastically.

Charlie knows it is a long journey ahead. He must be so buoyed by the huge outpouring of love and support extended to him. Those donors know he will not stop or step back.