"The survival and future of the Irish language is being borne on the backs of individuals, most of whom have little or no aid from the outside." 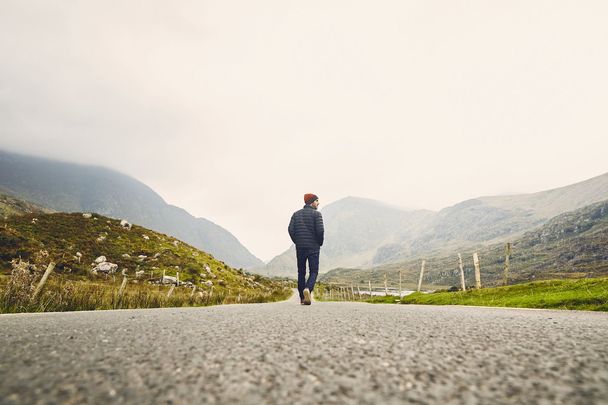 "An bhfuil Gaeilge agat?" - "Do you speak Irish?" Getty Images

I moved to Dublin two years ago from San Diego.

While I was going there to study – starting a Master’s degree that would eventually lead me to work towards a Ph.D. – it was the chance to speak the Irish language that drew me to come to Ireland, and it was in large part the language that called me to stay.

I had learned Irish to fluency after some three or four years of study – including a short period in Ireland beforehand. Irish has been, ever since I learned it, a language that calls to me like no other: its community is so open and so immediately accepting that I have rarely felt so open a welcome as I do in a group of Gaeilgeoirí (Irish-speakers).

I knew going into it that Irish was a small language, not dying but in danger, and one that is rarely heard on the streets of Dublin. Or most other towns of Ireland, for that matter. I knew it had several issues facing it – from housing rights issues in the few Gaeltachts where Irish is still the community’s first language, to a simple lack of accessibility of public services through the language. I also knew well that this generation may be the one to set the language on a course to life or death, to the future, or to the past.

But looking from the outside in, it was still hard not to be shocked at how the language is at times perceived. I have had people tell me that the language is of little use, that nobody from abroad cares to use it – only to laughingly tell them that I am from the States.

I always love those conversations: the most diverse and international groups I have ever been in are centred around the Irish language. I love the chance to tell people that not only I, but many of my friends from near and far, have embraced the language as a core part of our identity despite not being born in Ireland. It’s always met with a level of shock, appreciation, and a good measure of hope. A realisation that the language still calls to people from near and far.

But that appreciation is one that not everyone holds.

You don’t need to look far to see the plight of the language: it’s never treated with much seriousness, always a second thought. From the Gardaí (police) doing away with mandatory Irish proficiency among their ranks, to the lack of reliable voter information in Irish, it seems that nobody in power really cares about the language. If information is even available from the government in the language, spelling and grammar errors litter their publications – a cause for humour as well as shame. And that is all, I should specify, in the Republic of Ireland.

I cannot look at the case of the Irish language in the Six Counties without sadness. Despite a promise in 2006 to institute Irish-language rights – something the UK has done in both Wales for Welsh and Scotland for Gaelic – the government of Northern Ireland has refused to grant rights to the large and ever-growing Irish-language community in the North. Neither court mandates nor endless promises from both Stormont and Westminster over years and years have sufficed to bring about meaningful change

I hear the same cry over and over – that the language is lost, dying, or dead. That nobody cares about it. That its only learned out of nationalism. That its community exists purely for political ends, people looking for power and not their basic rights. Those cries are heard in both the Republic and the Six Counties – though they are much louder and more common in the North.

It is there that I watch in vain as many rally to oppose the Irish language: the hate campaign organised in an attempt to shut down an Irish-language preschool, the vandalisation of Irish-language signage, and those who label calls for support for Irish speakers as “cultural apartheid” among the many issues the community faces.

Were I in the North, I would have joined An Dream Dearg – a group dedicated to pushing for basic Irish-language rights in Northern Ireland – long ago. After learning the language for years, putting my heart and soul into its community, it is deeply unsettling to see the levels of rejection and disdain afforded it, and even the most basic legal rights denied to its speakers in Ireland.

The Republic is somewhat better – the rights exist on paper and are implemented in part, even if in practice the government rarely makes full provisions for accessibility through the native language.

From the outside looking in, I wondered how the island of Ireland could have strayed so far that language rights have become a question and not a given. But living here has shown me a story that is much more beautiful – the people who strive day-in, day-out to see the language grow back.

The survival and future of the Irish language is being borne on the backs of individuals, most of whom have little or no aid from the outside. From slam poetry to original Irish-language music and books, Ireland is alive with many who will fight to the last to keep its language alive.

The Pop Up Gaeltacht movement – meetings of Irish-speakers in popular bars simply to use the language – began with two friends in Dublin looking to bring the community together. Since then, Pop Up Gaeltachts have been not only all over Ireland but all over the world online and in person. I should know after all: I brought the first Pop Up to San Diego and have been running it in person and online over the last several years.

I may be an American in Ireland, but I have found a home and a joyous welcome in the Irish-language community. And if this generation keeps pushing for our community and language, then I do think the future will be a bright one.

*This column was submitted to IrishCentral by Jeffrey (Siothrún) Sardina. If you have a story you'd like to share with IrishCentral, you can sign up for our contributors network, IrishCentral Storytellers, here.