Naíscoil na Seolta, an integrated Irish language pre-school in East Belfast, had to abandon plans to open earlier this year after being the target of a hate campaign. 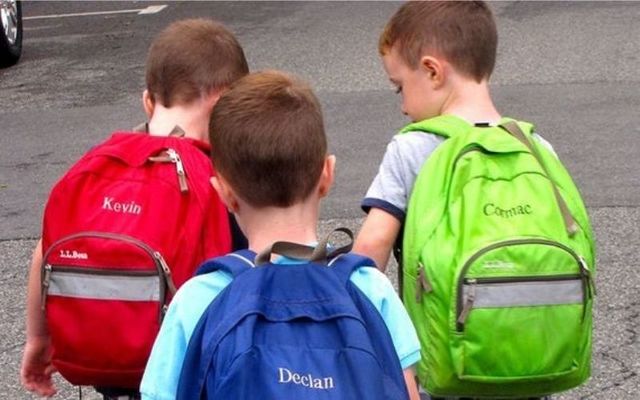 An Irish language preschool in East Belfast, Northern Ireland welcomed students this week after being targeted by a hate campaign earlier this year.

Naíscoil na Seolta. which means 'nursery of the sails' in Irish, previously had to abandon plans to open at Braniel Primary School.

The integrated Irish language pre-school was due to open in September. However, due to a social media hate campaign described as "disgusting" and "unfounded erroneous allegations", carried out by people with no connection to the school, the pre-school was forced to relocate.

On Monday, the school finally welcomed its first pupils at its new temporary site at CFC Belfast on Belmont Road and Naíscoil na Seolta shared the news on their Twitter:

Linda Ervine, Irish language development officer of Turas, the organization which has been running Irish classes for adults in the Skainos center in the east of the city for a number of years, is among those behind Naíscoil na Seolta.

She told Belfast Live: "Monday was the first day when the first three pupils came through the door.

"It was really lovely and a very special moment because there has been a lot of work to get us to this point. It might seem strange to say this but after all the hurdles and barriers, it was almost like an anti-climax as we just wanted to get started quietly and peacefully.

"We were quite emotional too and proud of what we have achieved and especially when you see the pupils in their new uniforms."

In an article for the Independent in September, Ervine gave an insight into Northern Ireland's relationship with the Irish language.

"In Northern Ireland we often see comments on social media saying that the Irish language is divisive and that Protestants should not learn it. It is supposed to be the language of the enemy, the language of republicanism."

"I had a preconceived idea of who was an Irish speaker and, I suppose, words like republican and ex-prisoner would have come to mind.

"And at the first class [at Turas], although the majority of the people I met were Catholic I also met other Protestants and people from England and other parts of the world who were learning Irish. I received an education about the diversity of the Irish language community, and I had been ignorant of that," she explained.

She expressed her hope for what the school could achieve for students by saying, "We have to go out of our way to offer children a broader range of friendships and experiences. We have to build spaces where children can get to know each other and learn about their different identities together.

"Doing all this through the Irish language will add another layer of cultural diversity, and enrich children’s lives with bilingualism.

"Just imagine if, on hearing a young person speaking Irish fluently in Belfast, there was not an immediate assumption about their religious or political background. That’s the future and it’s not far away."