Seachtain na Gaeilge (Irish language week) officially began on March 1 and will last for an "extra long seachtain" until St. Patrick's Day in celebration of the festival's 120th anniversary. 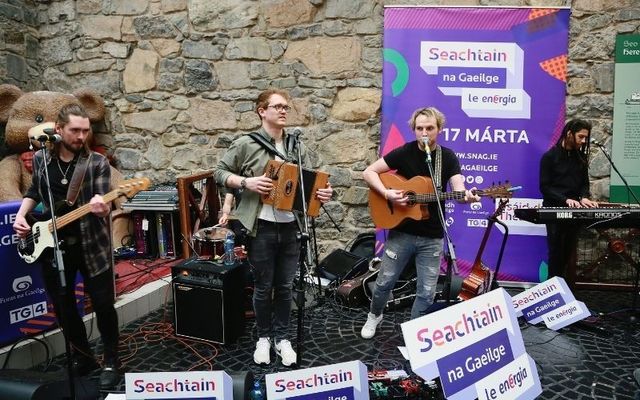 Seacthtain na Gaeilge (Irish language week) was officially launched in Galway City over the weekend, marking the beginning of the largest Irish language festival in the world.

Seachtain na Gaeilge le Energia, organized by Conradh na Gaeilge, officially began on March 1 and will this year last for an "extra long seachtain" until St. Patrick's Day in celebration of the festival's 120th anniversary.

The festival was first celebrated in 1902 and is calling on people to make taking part in the festival their new annual tradition from 2022 onward.

Conchubhair Mac Lochlainn, the festival's chairperson, said in a statement that it was great to hold the festival in front of crowds after two years of the Covid-19 pandemic.

"It's great to be back in action at Seachtain na Gaeilge le Energia events again after two years of the pandemic. We thank the crowds who came to the launch on Saturday and who will be attending events during the festival. They are a great inspiration to us all."

Festival manager Orlaith Nic Ghearailt said there will be events for people of all ages and interests over the 17-day festival.

"From sea swimming to wine testing, cycle tours to astronomy shows as Gaeilge, events for all interests will be organized by groups throughout the festival. This year is a great opportunity for people to make a new tradition of taking part in Seachtain na Gaeilge le Energia as we celebrate 120 years of the festival."

You can learn more about this year's Seachtain na Gaeilge events in Ireland here. And if you can't make it to the many SnG events, you can try out these starter phrases at home.

Irish language organization Conradh na Gaeilge has been organizing the festival since its foundation in 1902 and has received support from Irish Government organization Foras na Gaeilge and Irish energy company Energia for this year's festival.