A look at the factors helping to nurture an Irish language revival, including legislation and cultural efforts. 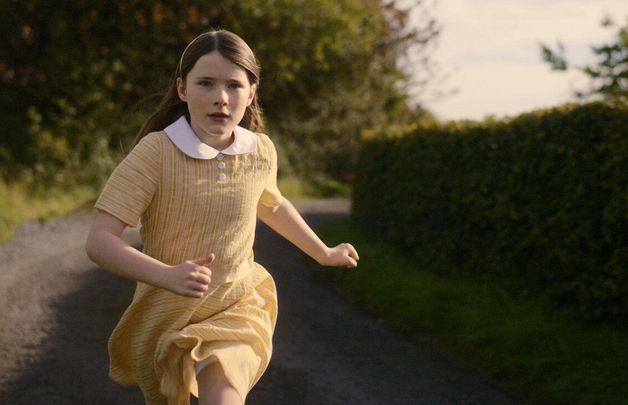 Catherine Clinch in a scene from the Irish language film "An Cailín Ciúin."

Look any Irish politician in the eye and ask them their views on the Irish language and they will respond, with varying degrees of enthusiasm, by telling you how important it is and how they believe it can be revived.

Some might even quote Padraig Pearse, the Irish Revolutionary leader who famously said “Tír gan teanga, tír gan an am” – a country without a language is a country without a soul. And after all, a “cupla focal,” or a few token Irish phrases, is de rigueur for elected representatives.

However, ask those same politicians what they have done to achieve this goal of revival and they will shuffle around awkwardly and mumble about government reports and reviews. There are plenty of reports, usually written in both Irish and English, analyzing the current state of the language, diagnosing the challenges, and presenting multi-point solutions to the problems it faces.

We are still working to the 20-year strategy for the Irish language launched in 2010, the aim of which is to have 250,000 people using Irish on a daily basis outside the education system by 2030. This strategy has 13 objectives.

It’s not to be confused with the five-year action plans introduced to deliver the 20 years and its 180 specific measures. This, of course, is before mentioning the Official Languages Act 2003 and the numerous obligations it places on public bodies.

No shortage of objectives and goals then, and in fairness to the politicians, no absence of goodwill.

The same goodwill is somewhat absent in Northern Ireland, but a group of dedicated activists have refused to accept the traditional “not an inch” approach by unionists and have campaigned for legislation guaranteeing minority linguistic rights. It appears that this will now be passed by London rather than Belfast, and sooner rather than later.

So, within that context and as we head into St. Patrick’s Day, it’s opportune to look at the current state of the Irish language, its impact on the daily lives of citizens, and assess its future. Depending on your perspective, it’s a case of either a glass half full or half empty.

In a similar vein, ought we celebrate that finally, since January of this year, the Irish language has official working status within the institutions of the European Union? A move that has strengthened and enhanced Irish at national and European level but at a cost of some of our best and brightest Irish scholars. Enticed by the high salaries paid by the EU, our education system has been hit hardest as 200 translators moved to Brussels.

But there are positive signs that the language is in good hands, not least the recent election of 29-year-old Paula Melvin as head of the country’s premier, and oldest, Irish language organization, Conradh na Gaeilge. It is a clear signal that there is a bright future, and Melvin is representative of the attraction Irish has for young people generally and young professionals in particular. She will be especially familiar with the situation in America as she works as awards manager with the Fulbright Commission with extensive knowledge of its Irish language operations in the US.

In many ways, the interest of this age group can be traced back to the growth of all Irish schools (gaelscoileanna) in the late 1980s and ‘90s as they mushroomed across the country, teaching Irish by immersion. However, that raises the question as to what has happened to tens of thousands of other students that have also come up through this system.

And that is one of the main obstacles facing the language, namely the lack of opportunities to use Irish faced by people once they leave education. Positive attitudes that have been engendered through all Irish schools and also the summer schools (gaeltachts) for teenagers have not translated into a significant increase in Irish speakers outside Irish speaking (gaeltacht) areas.

In an effort to create these speaking opportunities in the wider society, social media is being mobilized to a greater extent. Some really encouraging trends that are happening include the Gaelgoer app launched in September which allows users to be connected with nearby Irish speakers.

Up to now, the fainne or ring, worn on your lapel, was used for this purpose. But this symbol became associated, somewhat unfairly, with traditional views and attitudes, so a new method to connect speakers is welcome.

Pop-up gaeltachts have taken off where WhatsApp, TikTok, and Instagram are utilized to arrange impromptu social events where Irish can be used. The message is clear: it’s fun to use Irish.

And speaking of fun, if you haven’t watched TG Lurgan on YouTube yet you’re missing a treat. It shows young high school students on summer Irish courses translating and singing/dancing to the latest hits. Their latest upload is “Bohemian Rhapsody” as you have never heard it before.

Music festivals are also giving the language a new lease on life. Féile na Gealaí, a camping festival, is proving a popular way to engage with young people and is giving a platform to Irish language artists making music in different areas who are showcasing the language. The good news extends to the cinematic world where Irish language films such as "An Cailín Ciúin" and "Arracht" have won multiple awards.

So on balance, it’s definitely a case of the glass being half full thanks in no small way to the younger generation and the creative and artistic community. A case perhaps of the Irish proverb “mol an Óige agus tiocfaidh síad” (praise the young and they will flourish).

No matter, we can look forward to a day when we all have a cupla focal, and more importantly the opportunity to use them.

*This column first appeared in the March 16 edition of the weekly Irish Voice newspaper, sister publication to IrishCentral. Michael O'Dowd is brothers with Niall O'Dowd, founder of the Irish Voice and IrishCentral.