The Power of Indigenous Languages: Native American and Irish speakers

A discussion hosted by the Celtic Junction Arts Center on the value, preservation, and challenges facing the languages of the Gaeltacht and of the Anishinaabe nation. 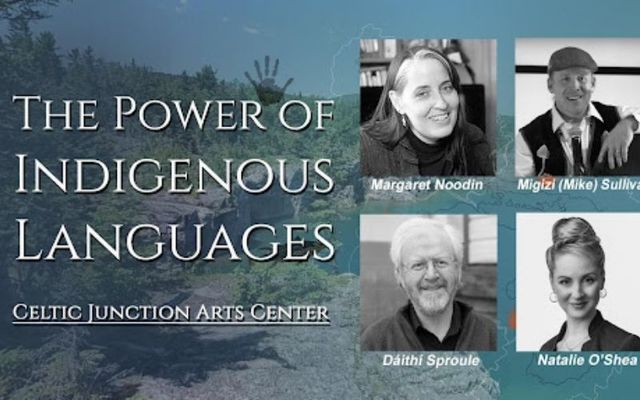 As part of Celtic Junction Arts Center’s Social Justice Seminar Series, speakers of Anishinaabemowin and of Irish explore the topic of Indigenous language including the deep cultural value and the many challenges associated with them.

Panelists include Dáithí Sproule of Derry, Ireland, a musician and scholar of Old and Modern Irish; Migizi (Mike) Sullivan of Hayward, Wisconsin, a musician and linguist of Anishinaabemowin; and Margaret Noodin, poet, and chair of the Indigenous Studies department at the University of Milwaukee - the last two being of each of both Ojibwe and Irish descent.

“There is an incredible interconnectedness between the Ojibwe and Irish, particularly in this area of Minnesota.” says founder of the Center and its seminar series, Natalie Nugent O’Shea. “The history of intermingling, intermarriage and intersectional land use is quite extraordinary.”

Words connect us to our history - our ancestors, our shared stories - but they also entwine us with our community and root us with the place in which we are raised. What happens when we lose those connections - those meanings?

“That is one of the primary questions we wanted to ask”, says O’Shea. “While studying Irish, I have been stunned by the richness of the words Irish possesses for describing the land, the fields, the nature of things around us. The poetry, the songs, the stories took on vastly greater meanings. In Ireland, words were power - calling to and claiming the land.“

“Naturally, I began to question the land on which I stand now. I am a 4th generation Irish immigrant, inhabiting a space that was both Dakota and Anishinaabe land.  I live in an area called Mendota - from the native word B’dote; the meeting of the waters.

"I pass by sacred sites of indigenous peoples daily and have never known their incredible history - because their words have been erased. That is only one small fraction of what is lost - when the deep connection native people hold with the land is fractured, we all lose." 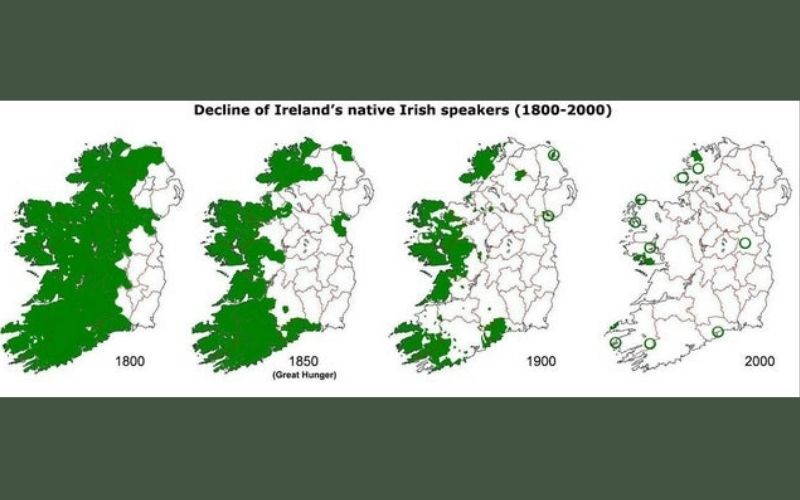 Here in North America, Native American languages are in particular decline as they are facing perpetual challenges and difficulties. Right now, due to the pandemic, native communities have experienced a staggering loss of their elders. With their remaining youth speakers so few, their incredible heritage is in critical danger. Mike Sullivan describes it as “Like paddling down the river in a canoe, trying to pull people in, while the arrows are flying in from the banks.”

His story is so visceral - but there are no quick or easy solutions. Recognizing the value of native languages, naming the challenges they face, and modeling how other cultures celebrate and maintain their language heritage is a task likened to preventing the rapid loss of biodiversity happening right now. It is timely and critical work. While these languages are in danger, their survival into the current century despite the slings and arrows raging against them is testimony to the strength of their history, the communities that speak them, and the fundamental value of language to all of us as humans.

Celtic Junction Arts Center is a non-profit art and cultural center located in the Midway neighborhood of Saint Paul, Minnesota.

The Center advocates for a wide and diverse identity with Ireland and the multi-ethnic people across the world. In response to the world shifts following the pandemic, the ensuing unrest, and recognizing a needed change in audience engagement, Celtic Junction Arts Center established its Social Justice Series, providing a platform for discussions with marginalized voices including youth, women, BIPOC, and LGBTQIA persons.

The series of seminars has engaged the Midwest’s Consul General of Ireland, who are participating in and funding this series of discussions.