Darragh Kenny, 7, uncovered the neolithic artifact while digging on Dunworley Beach near Clonakilty in West Cork. 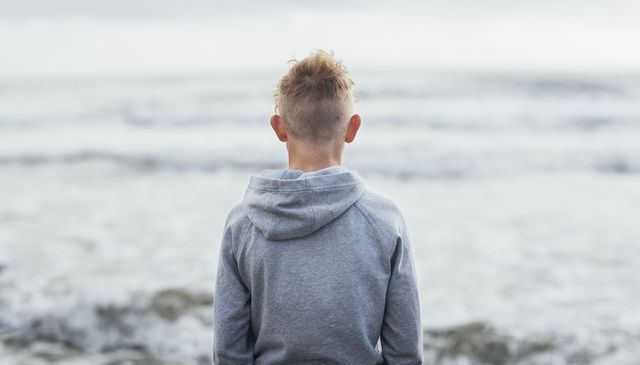 A seven-year-old boy in Cork discovered a neolithic artifact, over 5k years old while digging on a beach near Clonakilty in West Cork. Getty

A young boy has found a 5,000-year-old flint arrowhead while digging on his favorite beach in West Cork.

Darragh Kenny, 7, uncovered the neolithic artifact while digging on Dunworley Beach near Clonakilty in West Cork.

Darragh was exploring the beach during a camping weekend with his mother Grace Leonard last Sunday.

Grace told the Irish Examiner that her son found the arrowhead as the tide retreated from the small beach.

She said Darragh knew that there was something special about the artifact, even though it looked similar to many stones on the beach.

"He loves shells and stones and rarely misses anything, and he has come back after exploring a beach in Kerry with fossils," Grace told the Irish Examiner.

"He’s hugely observant and has a good grasp on things like this and he knew this was very different, and he brought it back to me and said: ‘What’s this, Mum?"

Grace and Darragh took photographs of the artifact and emailed them to the National Museum of Ireland, although Grace said she believed pieces of flint were common and that the find was insignificant.

However, the National Museum confirmed that the arrowhead appeared to be a petit-tranchet derivative flint arrowhead, dating back to between 3000BC and 2700BC, making it older than the Pyramids of Giza in Eygpt and Stonehenge in England.

Maeve Sikora, keeper of Irish antiquities at the National Museum of Ireland, praised Darragh's keen eye for spotting the arrowhead.

"We have a budding archaeologist on our hands," Sikora told the Examiner.

"It’s such a specific type of tool, and we know where it was found, so that’s great for us because it builds up a picture of the archaeology of this area of Ireland."

"And because it’s a really specific kind of a tool, it is the key to a wider story in West Cork in the late Neolithic. It will be a critical part of the story of West Cork archaeology."

Sikora invited Darragh to visit the National Museum of Ireland in the summer and inspect the arrowhead that he found.