The political shambles in the UK hasn't been getting much airtime in the US but Liz Truss' resignation shows just how chaotic it's become. 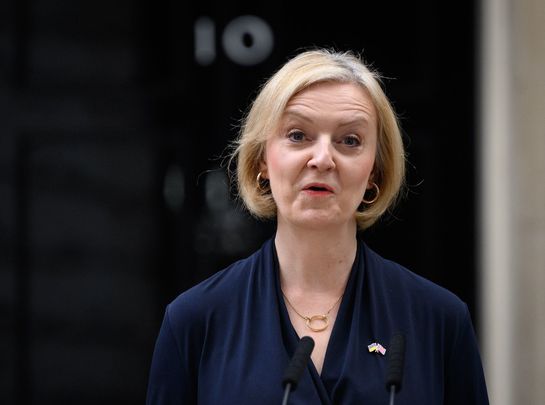 The resignation of Prime Minister Liz Truss points to the extent of the fact that the British financial meltdown and its impact on that country have been grossly under-reported in the United States.

The reasons, that Britain's political situation and Liz Truss term in office have been underreported in the US, are varied - the war in Ukraine, upcoming US elections, and America's own battle with inflation are all issues that have competed for attention.

The extent to which the British have gone bonkers has been ignored in comparison.  Many Britons look fondly back on the Margaret Thatcher era. Departed prime minister Liz Truss herself portrayed Thatcher as her model.

It is well known Margaret Thatcher’s staff lived in sheer terror of her, one of the most dominant  British leaders ever who didn’t suffer fools. How things have changed.

When asked his opinion of  Lis Truss before her resignation a senior official in 10 Downing Street made the following comment in the London Sunday Times.

“Problem is, Truss is s**t at everything. Other than shut her in the cupboard, what can you do?”

What an extraordinary statement, reinforcing the fact that there is nothing ordinary about British politics these days. The notion of Truss in a cupboard held away from the adults is as absurd as it gets, more befitting Monty Python gag. Except it has now happened.

The country will now have five prime ministers in six years and the odds are that the number will go up to six as the party post-Brexit has been utterly split.

Truss’s resignation in the fastest exit of a British prime minister since Earl James  Aldergrove who served about three weeks, in 1756.

This kind of chaos and muddling we are witnessing in Britain is, frankly,  more typical of a banana republic than the mother of parliaments.

The absurdities grow daily. Truss fired her Chancellor of the Exchequer, Kwasi Kwarteng, who served for less than a month and in that time almost blew up the British economy. Last weekend, it was confirmed his first budget underestimated the costs of introducing tax breaks for the rich by $60 billion dollars.

The disbelief and sheer anger at Truss and her chancellor has now resulted in both being banished.

Who will the next leader be?

I would not be surprised if Boris Johnson is somewhere waiting in the wings to strut his hour upon the stage again.

With Boris, you never know what to expect next.