On This Day: Albert Reynolds, who became Taoiseach, is born in 1932 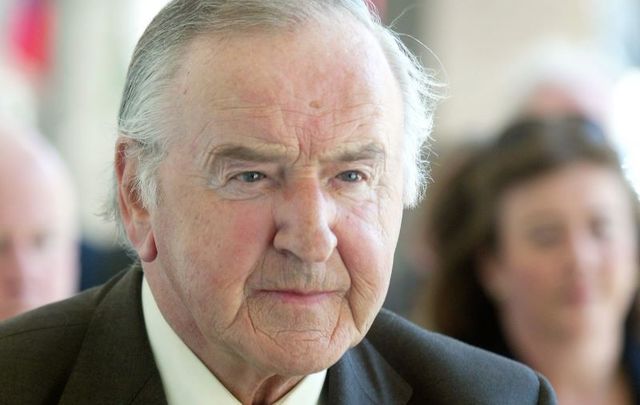 The late Albert Reynolds was the greatest Irish leader of my lifetime. He was born on November 3, 1932.

Albert Reynolds, more than anyone outside Sinn Féin, brought about the August 1994 IRA ceasefire and the end of The Troubles.

He is a man who will walk in history. Though he only served as leader from 1992 to 1994 he turned peace in Northern Ireland from an impossible dream to a startling reality.

He oversaw good economic times, but it was his decision to take what many deemed a reckless gamble and confront the massive issue of the Northern troubles that really sets him apart.

A pragmatic businessman who came to politics later in life, he saw an opportunity where career politicians had refused to take the risk.

Sure they all talked the talk, but always within safe parameters prefacing everything with simple platitudes about stopping the violence and never doing too much about it.

Then came Albert, the ”country and western” politician from rural Ireland. He was an accidental politician in many ways and a hugely successful businessman. He was widely derided as a country bumpkin, but he was clever as a fox.

On his first day in office, he said Northern Ireland peace was his priority and the jaded press corps duly yawned and went back to sleep. There was clearly zero expectation he would deliver.

But Reynolds meant what he said and he was never going to allow platitudes to form his policy.

He knew there was a shift within the Republican movement towards an unarmed strategy and he wanted to give that space to grow.

He knew that the new British leader John Major had no bloody hands on the issue, unlike Margaret Thatcher, and could be engaged.

He knew the U.S. had just elected a new president Bill Clinton, who had drawn major support from Irish Americans for his promises on peace in Ireland and an American role, including a promise to give Gerry Adams a visa.

He was fearless in the pursuit of all three strategies. I knew he was a different kind of politician on one of my early meetings with him as part of an Irish American peace delegation which featured businessmen Chuck Feeney, Bill Flynn, former congressman Bruce Morrison, Labor leader Joe Jameson and myself.

Albert threw all his advisors out of the room and engaged us straight on his daring policy switch. He drilled us on Clinton, who we were persuading to give a visa to Gerry Adams.

He made it clear he was a man of direct words and action and that he had reached the conclusion the IRA wanted to stand down. His job was to make that possible. I doubt if there was another politician in Ireland who shared his optimism.

The Downing Street Declaration in 1993 was his crowning moment when the British at last acknowledged they needed to be neutral towards Irish unity and partners with the Irish, not imperial powers. 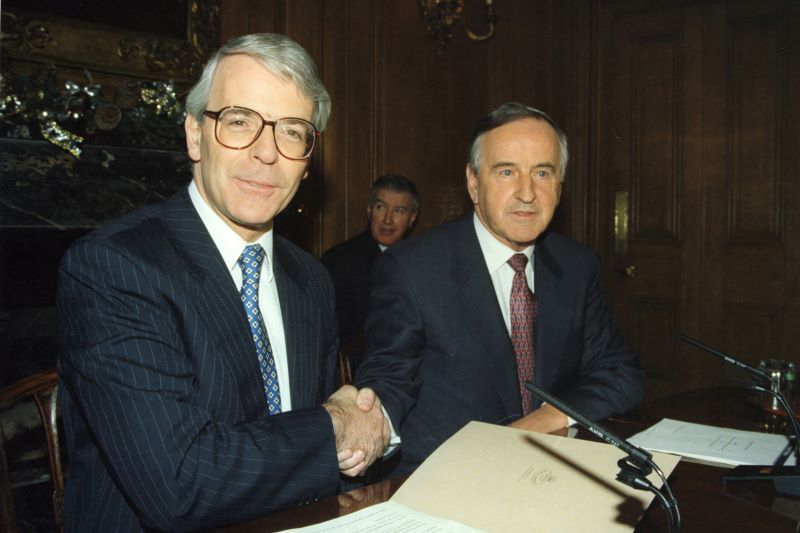 With such daring moves, he gave the key players a space in which hope could grow. He backed the Adams visa, backed the Irish American outreach, kept the Brits neutral, and held secret talks with IRA figures.

The country and western politician instead was a high-wire political artist, who, amazingly, kept his balance.

We met him again shortly before the August 1994 IRA ceasefire, which changed everything. Again he threw the advisors out and gave us a message to deliver, that only an all-out ceasefire would do. When it came it was just that.

On the day of the ceasefire - August 31, 1994 -  we met in the RTÉ studio in Donnybrook in Dublin. He bounded into the room and almost crushed my hand with his handshake. I was witnessing a politician on the greatest day of his career. He took many plaudits that day from all over the world and deserved every one of them.

Amazingly, a few months later he was out of power after a bizarre series of events involving his Attorney General, who failed to prosecute a notorious pedophile priest.

Albert never saw it coming. As he sagely remarked it was the little hurdle that tripped him up, not his incredible and dangerous work on the peace process.

I last saw him on a wonderful day in Stormont when Ian Paisley and Martin McGuinness announced the power-sharing government in 2007 and I had the pleasure of introducing him again to Senator Edward Kennedy who had flown over for the day. They warmly embraced two great men who made peace possible.

Teddy is now gone and the night has also drawn in for Albert, but he was a bright shining star in the peace process, the most difficult of all political tasks an Irish leader has tackled. Imagine how much worse off the Irish would be if in the midst of the current economic slump the mayhem in the North was still continuing. The country owes him a massive debt of gratitude.