Irish American John Quinn is "a lesser-known Irish arts giant also getting his due these days." 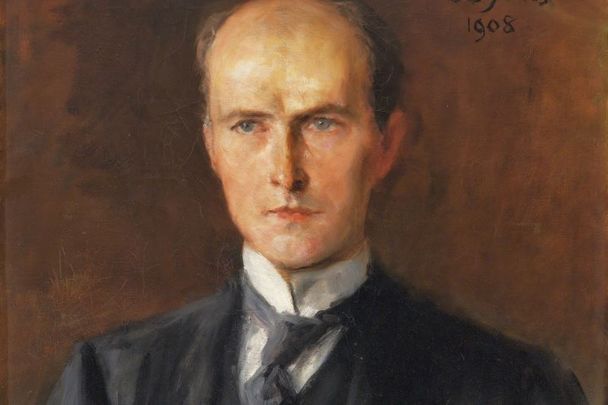 We certainly are getting old. Because your favorite rock bands – such as, say, a certain quartet from Dublin – are no longer wildly charging the barricades. They are bowing to polite applause from diplomats in tuxedos.

Getting old is no fun but, as they say, it’s better than the alternative.

The Kennedy Center is planning to honor U2 later this year, along with (in case you’re not quite feeling old enough) Gladys Knight and Amy Grant.

“One of the most influential rock bands of the modern rock era, U2, won over America and the world long ago with their iconic anthems, potent lyrics, and powerful messages of social justice and global citizenship,” Kennedy Center Chairman David M. Rubenstein said.

Meanwhile, for the kids out there, Ed Sheeran will reportedly headline the Irish Arts Center’s annual New York gala later this year.

So this is a good time to note that a lesser-known Irish arts giant is also getting his due these days. If you’ve ever looked at a painting that’s worth millions of dollars, even if you’re not sure if it’s upside down.

Or if you’ve ever read a poem or novel and, well, don’t quite know if it’s upside down.

You can thank John Quinn.

Quinn is the star of a new book called "Picasso’s War: How Modern Art Came to America." He rose from humble beginnings to become a wildly successful Wall Street lawyer.

He used that clout not to poison the earth, or make obscene and unnecessary amounts of money. He supported a wide range of artists, especially Irish ones, from James Joyce to J.M. Synge.

“An amazingly energetic, cultivated New York attorney who, when not defending writers like Joyce and Synge from obscenity charges, (Quinn) had the prescience to buy up and support the work of” artistic giants like Pablo Picasso, The New Yorker magazine noted a few weeks back, adding, “(Quinn) was a one-man art boom, investing behind the scenes in risk-taking galleries, rounding up attendees from his extensive social set (including Teddy Roosevelt), and purchasing the best pieces when no one else would. Gotham’s stodgy, moneyed class was more inclined to spend huge sums on old masters, but Quinn preferred the work of living artists.”

As the author of "Picasso’s War" Hugh Eakin, notes, “In many respects, it was remarkable that Quinn had gotten as far as Wall Street. Born in 1870, he grew up in an immigrant household in small-town Ohio. Both parents had escaped the Potato Famine in Ireland. His mother had come as an orphan of 14, and a few years later his father, who ran a bakery. Out of eight siblings only Quinn and his two sisters survived far into adulthood.”

And we’re still talking about John Quinn today. Rightfully so.

Perhaps what’s most impressive about Quinn is this cruel irony: He moved among the elite and “moneyed,” as well as the hip and avant-garde of his day, who were so open-minded about so many things.

But it was those folks who were likely to look with disdain upon Irish Catholics.

And Quinn seemed to know that. It seemed to fuel him.

“A progressive, he was appalled by the know-nothing prejudice of conservatives who linked modern art to Bolshevism and degeneracy, a practice he dubbed ‘Ku Klux art criticism.’ His dream was to have his prize collection form the basis of a new kind of museum, one dedicated to modern art,” The New Yorker noted.

Another irony, of course, is that Irish Catholics were – and as the years went on, became even more so – among those conservative and reactionary forces.

So Quinn also shows just how complicated the relationships among immigrants, their supposed enemies, and so-called “supporters,” can be.

“Unfortunately, (Quinn) died of liver cancer in 1924 at age 54,” The New Yorker concludes, “...and most of his collection was scattered to the winds. What a catastrophe and a missed opportunity.”

But Quinn reminds you of what certain Dublin rockers once said.

*This column first appeared in the August 3 edition of the weekly Irish Voice newspaper, sister publication of IrishCentral.